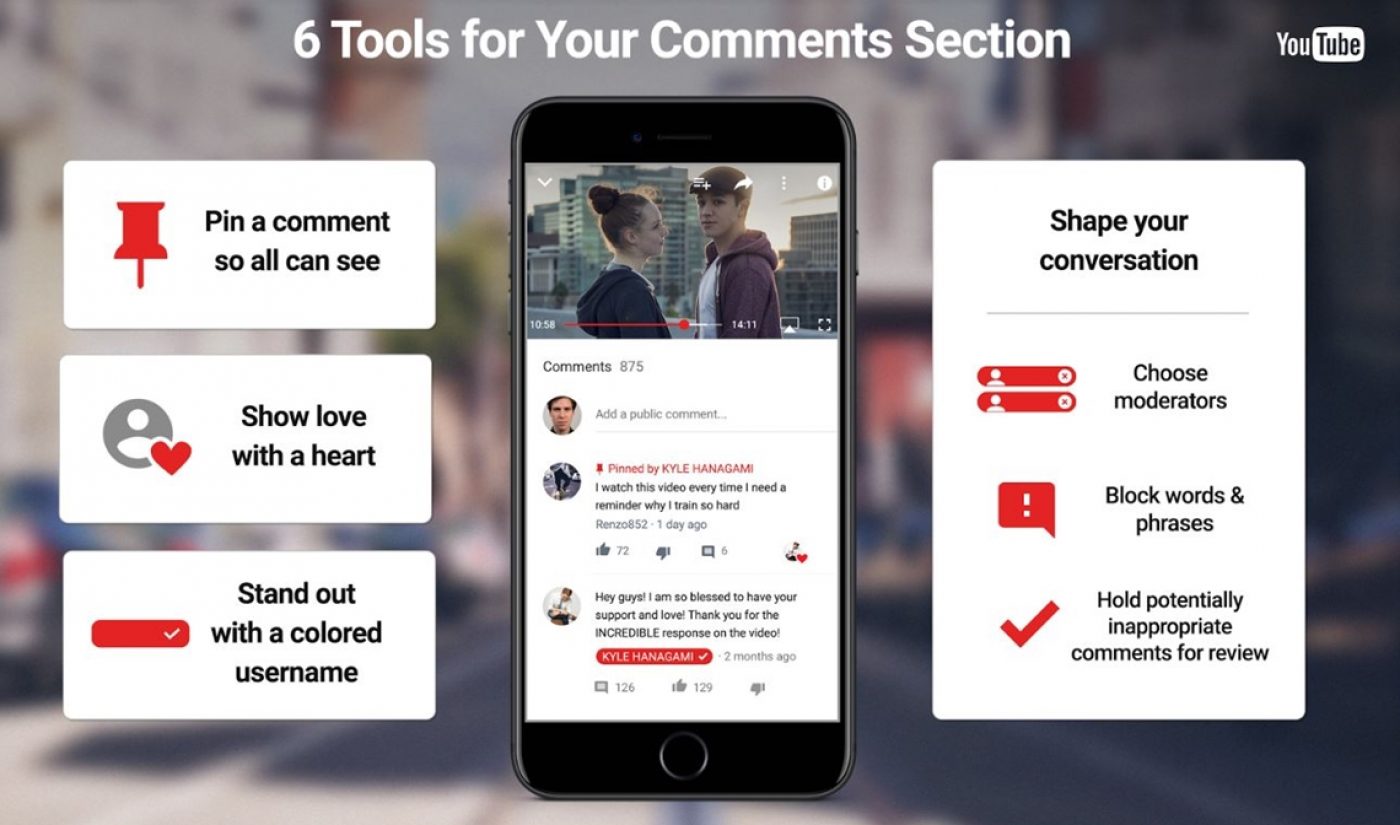 Following a handful of updates announced at VidCon, YouTube is officially rolling out changes to its comments section, which many creators and viewers agree can quickly veer into breeding grounds for hate speech and abuse.

Today, YouTube rolled out three new features — ‘pinned comments’, or the ability to promote a specific comment to the top of one’s feed; ‘creator hearts’, which the video giant describes as an “easy way to acknowledge comments from your community”; and ‘creator usernames’ — whereby creators’ usernames will appear under comments on their own channels with a pop of color so that these remarks are more emphatically displayed.

“We’re excited to see how you use these features to grow stronger communities and have more constructive conversations,” product manager Courtney Lessard wrote in a company blog post.

In addition to the three new features, YouTube says it is introducing a new beta test in coming months that will flag potentially inappropriate comments — as identified by an algorithm — to be held for creator review. Users must opt in to the feature, and will still be able to decide whether to approve, hide, or report flagged comments. Interested channels can apply here, and YouTube says the algorithm — which may initially run the risk of holding appropriate comments or failing to catch inappropriate ones — will continue to improve over time.

Other previously announced changes to YouTube’s comments section include the ability for creators to delegate moderation to trusted members of their communities, and the ability to blacklist certain words and phrases. At VidCon, YouTube CEO Susan Wojcicki also said creators would be able to add GIFs in their replies to fans.