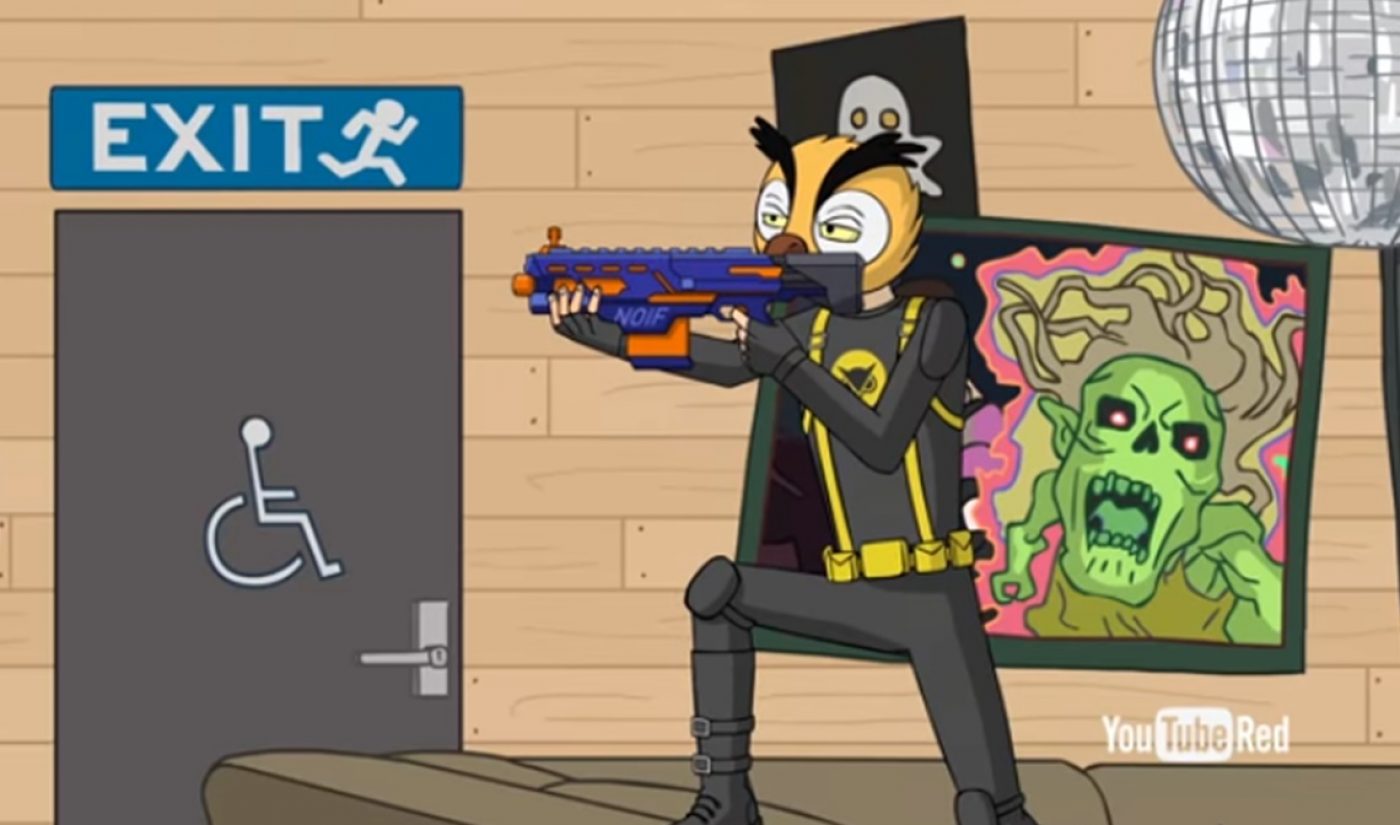 In its first year, YouTube Red launched 16 live-action programs, most of which are led by members of the YouTube community. Now, for the first time, a Red original is getting animated. Gamers Vanoss, SeaNanners, and Mr_Sark, all of whom have millions of subscribers on the world’s top video site, are the creators and principal voice actors for Paranormal Action Squad, an animated comedy coming to YouTube Red on November 16th.

Paranormal Action Squad will join several other digital-native comedies we’ve seen over the years by poking fun at ghost hunters. SeaNanners and Mr_Sark will voice the show’s two main paranormal investigators, with Vanoss tagging along as their oddball, owl-headed neighbor. Paranormal Action Squad is helmed by Michael Rowe (no relation to the Dirty Jobs host of the same name), who is best-known for writing episodes of Family Guy and Futurama, and the show will share the same sort of raunchy, fast-paced sensibilities preferred by TV’s crop of “adult animation” comedies.

Viewers received their first taste of Paranormal Action Squad in a preview video hosted by Mr_Sark. “I think you guys are gonna dig the show if, like ourselves, you’re a fan of high-octane ass-kicking,” he says while introducing the project. “It’s off-color humor. Let’s just put it that way.”

Paranormal Action Squad is produced by 3BlackDot, a digital media company that works with a group of creators it hails as “leaders of gaming culture.” Beyond Vanoss, SeaNanners, and Mr_Sark, 3BlackDot’s other partners include influencers like Syndicate, iHasCupquake, and Game Grumps.