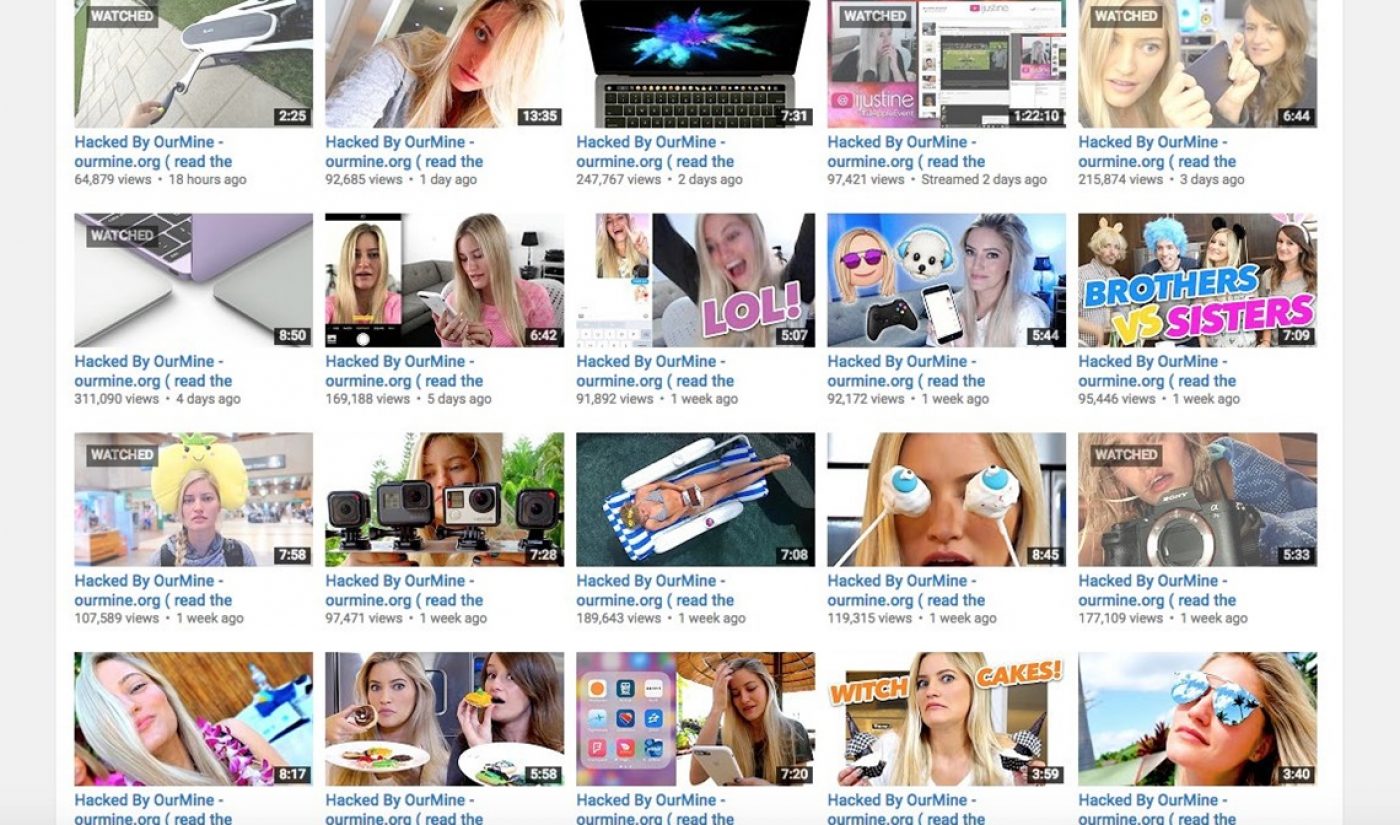 In some parts of the United States, the night before Halloween is known as Mischief Night, and this year, a hacker group spent October 30th causing some mischief in the YouTube community. On that day, the entity known as Ourmine engineered a substantial security breach that targeted the tech platform VidIQ in order to hit popular YouTube creators like iJustine, KittiesMama, and The Bajan Canadian.

VidIQ, which is utilized by many top YouTube accounts, helps its users manage and optimize their channels. One of the tools it offers is the ability to edit video titles and descriptions en masse, and after executing its break-in, Ourmine exploited that feature. Its members used the titles and descriptions of popular videos to boast about its actions, telling viewers that their favorite creators had been “Hacked by OurMine.”

Ourmine’s latest hack is in line with its previous social media activity; notable people whose accounts the group has hit in the past include Mark Zuckerberg and YouTube star Markiplier. In contrast to so-called “hacktivist” groups like Anonymous, Ourmine does not execute its hacks for political purposes. Instead, its attacks are generally driven by a troll-like spirit and are often harmless, though it did once claim to steal almost $39,000 from the account of the AviatorGaming YouTube channel. No matter whether Ourmine has nefarious plans, VidIQ is taking its security breach very seriously. The company reached out on Twitter to assure its users it will clear the break-in, but until it does, it has paused all actions related to the YouTube API.

1) We have a few accounts that have had data breaches. As we look deeper, all actions via YouTube API have been paused. — vidIQ (@vidIQ) November 1, 2016

2) We will give 100% transparency on how extensive data breach, but for now remedying with current users and YouTube, more on this shortly.

Stay tuned to VidIQ’s social media accounts for more information as it arrives.

UPDATE: VidIQ has tweeted further information about the OurMine hack:

As a follow up to yesterday. We’ll be standing by for any questions! pic.twitter.com/BRh9QET6cr