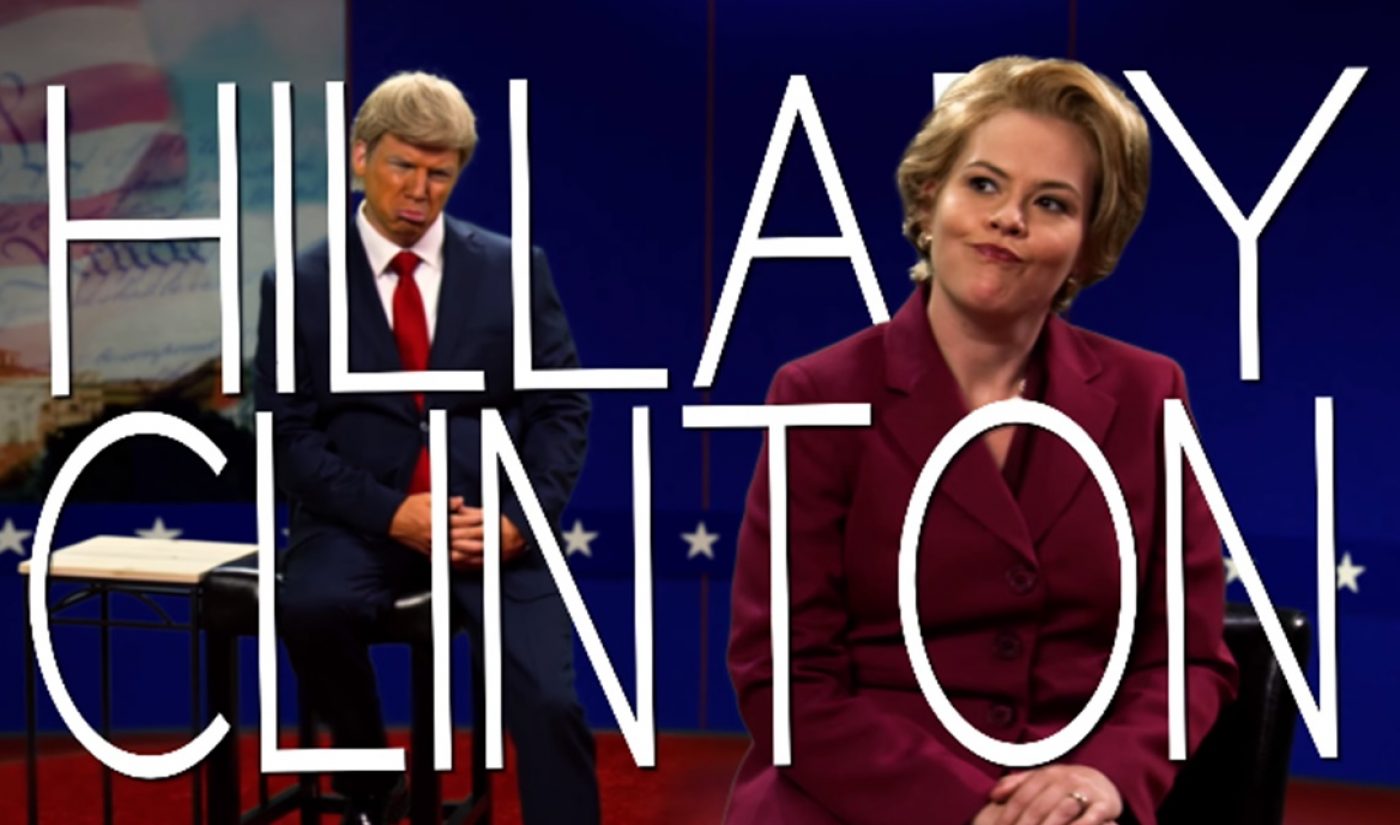 Four years ago, the web series Epic Rap Battles of History released an election-themed showdown between Barack Obama and Mitt Romney. The episode ended up being the most successful edition of ERB to date; its 124 million views top all other videos on the popular YouTube channel and the traffic it generated as a single allowed ERB creators “Nice Peter” Shukoff and “EpicLloyd” Ahlquist to hang with the likes of Jay-Z and Ludacris on Spotify’s most-shared list.

So naturally, with another big vote on the horizon, ERB brought the two presidential candidates into its ring and had them spit bars in one another’s direction. Shukoff and Ahlquist have premiered the 2016 election edition of ERB, with Ahlquist starring as Donald Trump and Kimmy Gatewood taking on the role of Hillary Clinton. It’s Ahlquist’s second time playing The Donald in an ERB video; he also inhabited that role for one of the show’s Christmas specials, a fact not lost on comic artist TheApoke.

The commenters on the Trump vs. Clinton video might not think so, but both candidates get the opportunity to drop verbal bombs on one another. In the end, as with ERB’s previous electoral tussle, Shukoff shows up as the unimpeachable Abraham Lincoln, giving viewers who may not be so politically inclined a third option to champion as their “winner.” With the conclusion of ERB’s election special, the channel will return to its mid-season hiatus. The Trump vs. Clinton showdown is the first new ERB episode since a battle royale between historically “Great” leaders released last July. While Shukoff and Ahlquist haven’t announced a date when any additional installments will be available, they have made sure to inform their viewers they are hard at work on the second half of their fifth season.

We haven’t been tweeting much, but we have been making the shit out of these new epic rap battles of history.