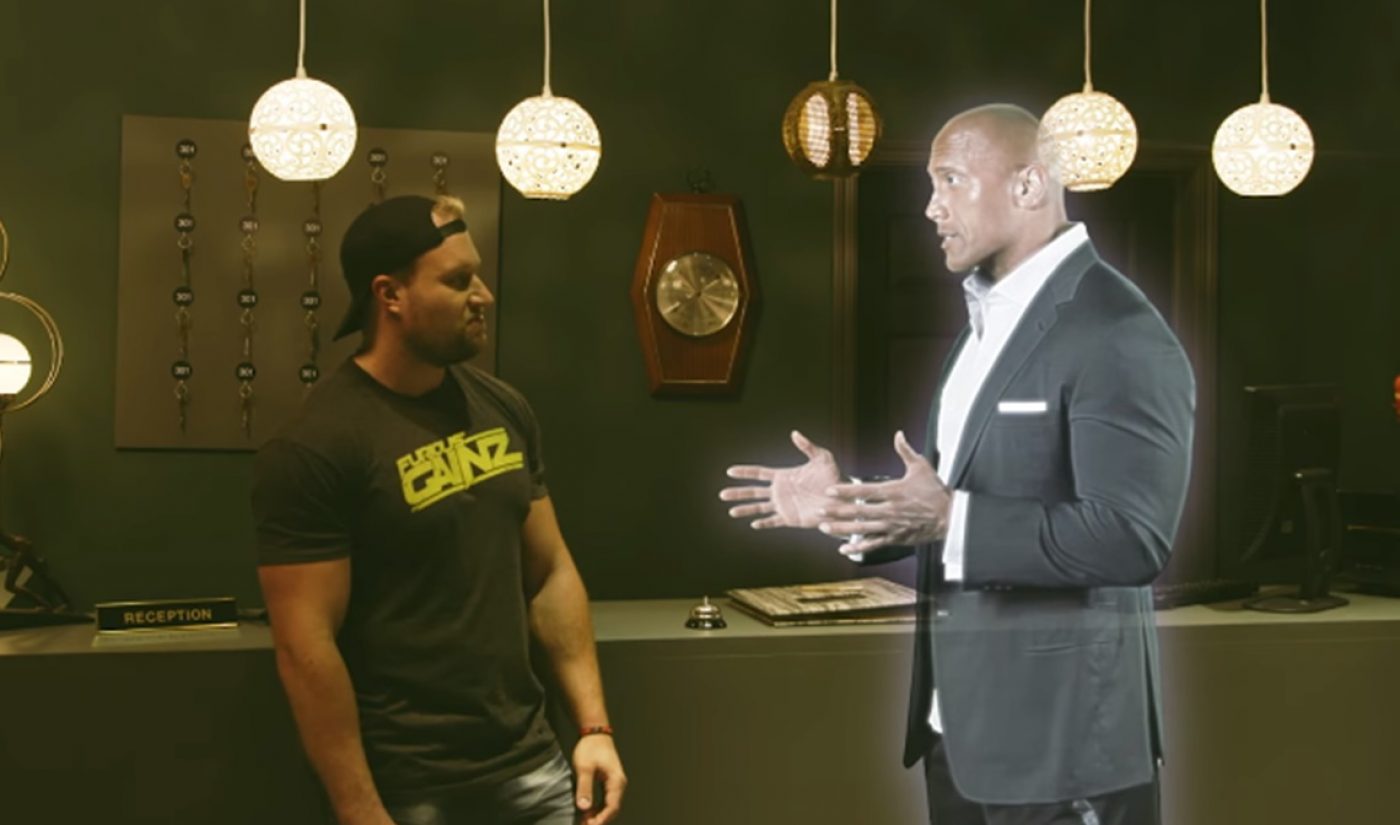 Dwayne “The Rock” Johnson has made a lot of friends in the online video community since launching his official YouTube channel earlier this year. Now, he has invited some of those friends to join him for a haunted seance spectacular. He is the primary star of YouTube’s Room 301 series, which includes several videos shot on Halloween-themed, VR-enabled sets set up at YouTube Spaces around the world and launched in partnership with Blumhouse Productions  and renowned producer Jason Blum.

The introductory video in the Room 301 was directed by Jesse Wellens of PrankVsPrank fame. A few creators at a time, Wellens’ colleagues in the YouTube community file into a spooky hotel, where a ghostly Rock awaits them. The video, shot in 360 degrees, is best watched through a virtual reality device like Google’s new Daydream headset, but it is available to all viewers through Wellens’ DownRangeGaming channel.

Once the featured stars — including Furious Pete, Chachi Gonzales, and LaToya Forever — accept their invitations into the hotel, they head up to Room 301, where they participate in a seance that will return The Rock to his corporeal body. To accomplish that goal, the creators must be honest with one another, thus facing their fears and anxieties. While in Room 301, I can only assume they also took some time to verify the view counts on some viral videos.

With the seance complete, the spotlight moves past The Rock to shine on the other featured creators, who have shot their own 360-degree videos on the Room 301 set. A full library of those videos, spanning four different continents, is available on YouTube. Additional offerings will be added to that playlist each day leading up to Halloween.