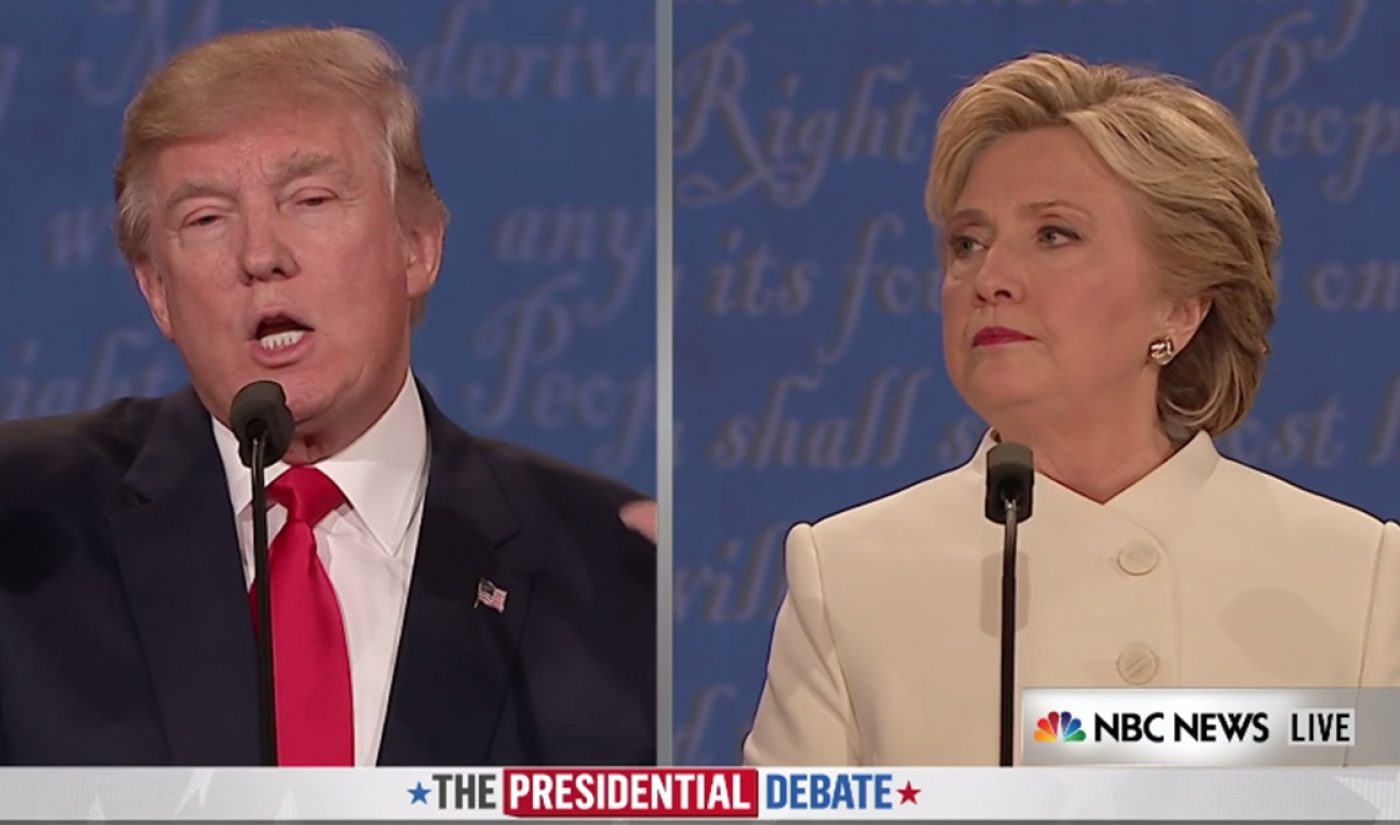 On October 19th, YouTube capped off a strong performance across all three presidential debates. The video site announced that its live-streaming coverage of the final tussle between Hillary Clinton and Donald Trump drew 1.7 million concurrent viewers at its peak.

The debate in question, which was broadcast through YouTube by outlets like NBC News and C-SPAN, drew an audience five times as large as the one that took to YouTube to watch the final debate between Barack Obama and Mitt Romney in 2012. The result was more than 2.8 million total hours of live viewership, and political videos across YouTube brought in more than 140 millions views thanks to Clinton and Trump’s third showdown.

The latest results complete a stellar debate season for YouTube. The video site noted that digital broadcasts of the three presidential matchups stand as the three most-watched political live streams of all time. In total, they rolled up more than 8.5 million watch hours on YouTube, and it wasn’t just Americans who tuned in. According to a map shared in a YouTube blog post, viewers in nations like the UK, Mexico, and Argentina took advantage of the opportunity to witness our crazy electoral process. With the debates in YouTube’s rearview, the video site can now focus on Election Day itself. While there have been no official announcements about YouTube’s coverage for November 8th, we can only assume that plenty of the site’s channels will offer live streams, as was the case four years ago.