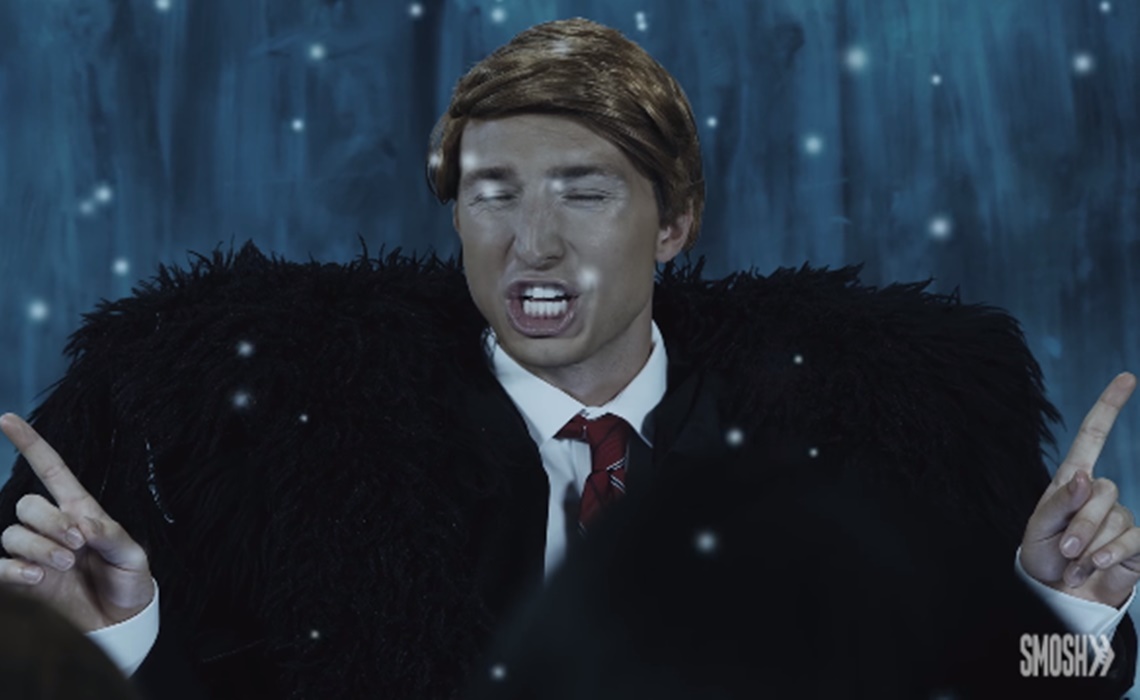 In recent years, Defy Media has expanded the Smosh channel by supporting the comedy of Ian Hecox and Anthony Padilla with other humorous web series. The latest project in that category is The Big What If, which presents several “what if?” scenarios in each themed episode.

The format of The Big What If is similar to Every [Blank] Ever, another series on the Smosh channel. In both shows, each individual episode carries its own subject, and the show’s performers riff on that topic across a number of short scenes. The Big What If kicks off its run by discussing the man who’s on every comedian’s mind these days: Donald Trump. In the first four-minute installment of the show, we learn what Trump would be like if he were, among other things, a masseuse, a GPS device, and a Night Watchman from Game of Thrones.

The Big What If is part of Smoshtober, a programming push through which Defy Media will bring new shows to all of the channels within the Smosh empire. In particular, the latest step in that initiative is part of Defy’s plan to turn the main Smosh channel into a prime sketch comedy destination. In a press release announcing Smoshtober, Defy stated that it had modeled the cast of the Smosh channel — which contributes to shows like The Big What If — after Saturday Night Live. If that’s the goal, then it must be said that the Big What If crew can’t quite match Alec Baldwin’s pitch-perfect take on Trump. Then again, who can?