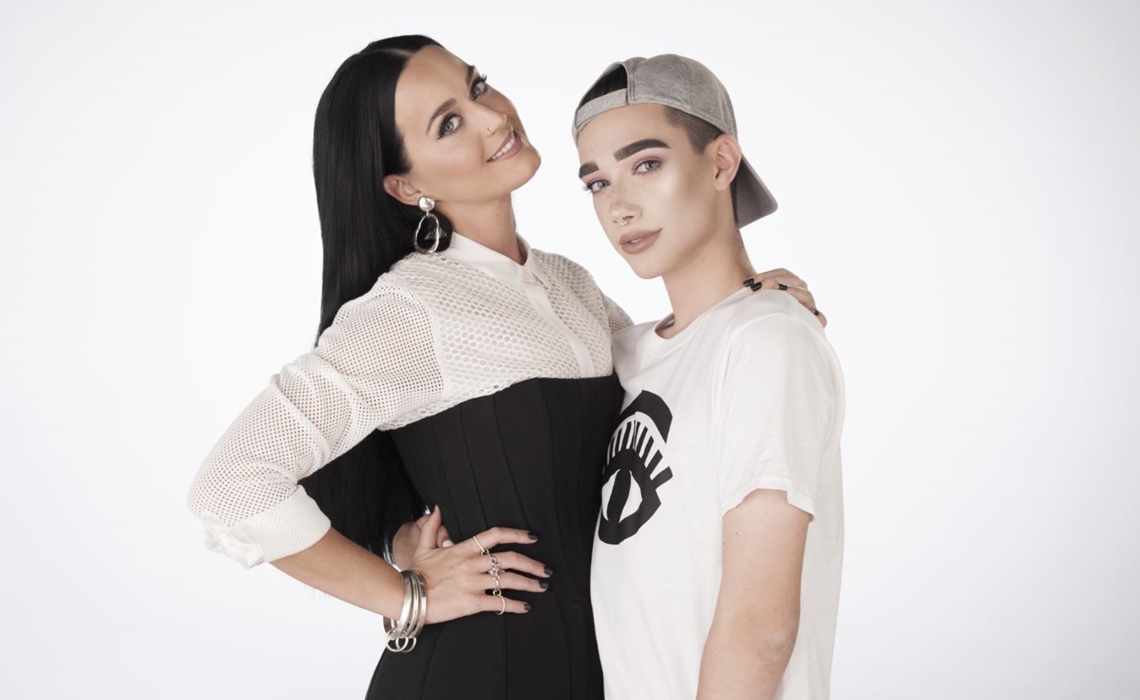 Storied makeup brand CoverGirl has just made history with the help of a nascent social media superstar. The company, whose spokesmodels include Katy Perry and YouTube’s own Ingrid Nilsen, announced today its first male CoverGirl — the 17-year-old makeup artist and Instagram star James Charles.

CoverGirl made the announcement on Perry’s Instagram account with a shot of she and Charles on the set of a commercial for the brand’s forthcoming mascara, So Lashy, which is designed to work on all lash types and launches next month.

“All of our CoverGirls are role models and boundary-breakers, fearlessly expressing themselves, standing up for what they believe, and redefining what it means to be beautiful,” the company said in a release. “James Charles is no exception. One year ago, he boldly chose to launch his Instagram to the world, using transformative, dynamic makeup looks to showcase the many facets of his personality, serving as an inspiration to women, men, guys, and girls who might have been afraid to do the same.”

Charles will appear in a campaign for So Lashy comprising television, print, and digital elements, and the partnership will extend throughout the rest of the year, as he will continue to share beauty content, tips, tricks, and tutorials with his social followers. Charles, who is openly gay, counts more than 430,000 followers on Instagram, 60,000 followers on Twitter, and more than 70,000 subscribers on his one-year-old YouTube channel.

“Ok goodmorning I am shook,” he tweeted earlier this morning in response to the news, which also happened to fall on National Coming Out Day.