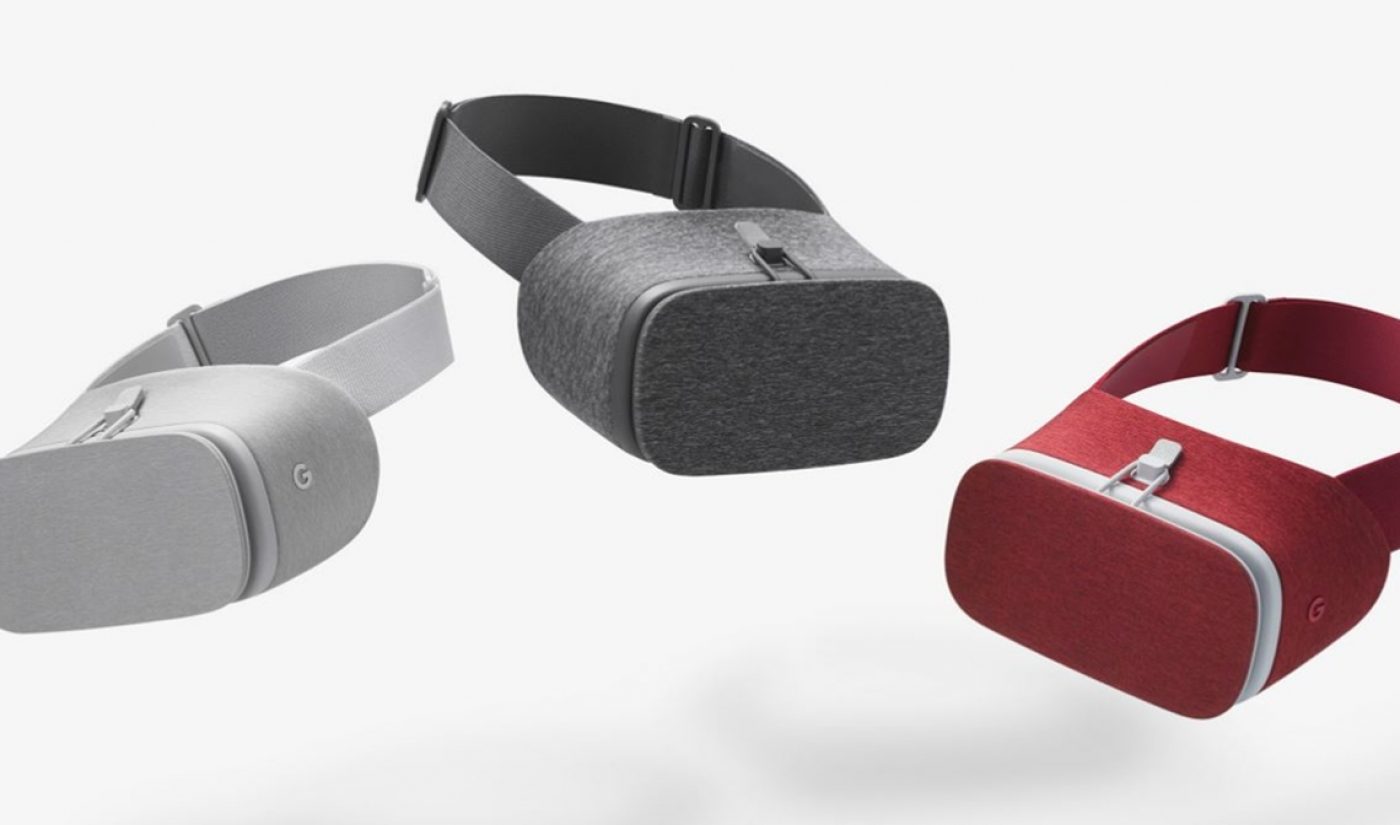 Google unveiled at a press conference today a brand new virtual reality headset dubbed Daydream View, which serves as a souped-up successor to its initial — and rather rudimentary — entry into the VR headset space, Cardboard. The brand new Daydream View is priced at $79 and made of a plushy material, according to Wired. It will be available in three colors: Slate (grey), Snow (white), and Crimson (red), and will go on sale in November.

Daydream View, which is mobile phone-compatible, only works with select phones that have special screens and censors and that tout Android’s latest operating system. In addition to the headset, Daydream View also comprises a tiny remote control complete with a trackpad and two buttons — which is how users interact with the VR landscape via swiping, slicing, throwing, and swinging, Wired reports.

Right now, Google’s newly-announced Pixel phone is the only device that’s compatible with Daydream View, but Samsung, HTC, LG, Xiaomi, Huawei, ZTE, Asus, and Alcate reportedly have their own iterations in the works. Google will also reportedly be enabling hardware companies to build their own Daydream headset devices by releasing a reference design for developers in the fall.

In addition to the fresh, new hardware, Google is also launching a Daydream-ready app store, which includes Google services like YouTube, Google Play, Google Photos, and Street View, as well Netflix, Hulu, and HBO. VR content will be available in VR, according to Wired, while traditional content will be available in an immersive virtual setting. Content partners at launch also include The New York Times, which has developed VR reporting, as well as a mobile game based on the film Fantastic Beasts And Where To Find Them.

Google first announced the Daydream virtual reality platform at its I/O developer conference in May.