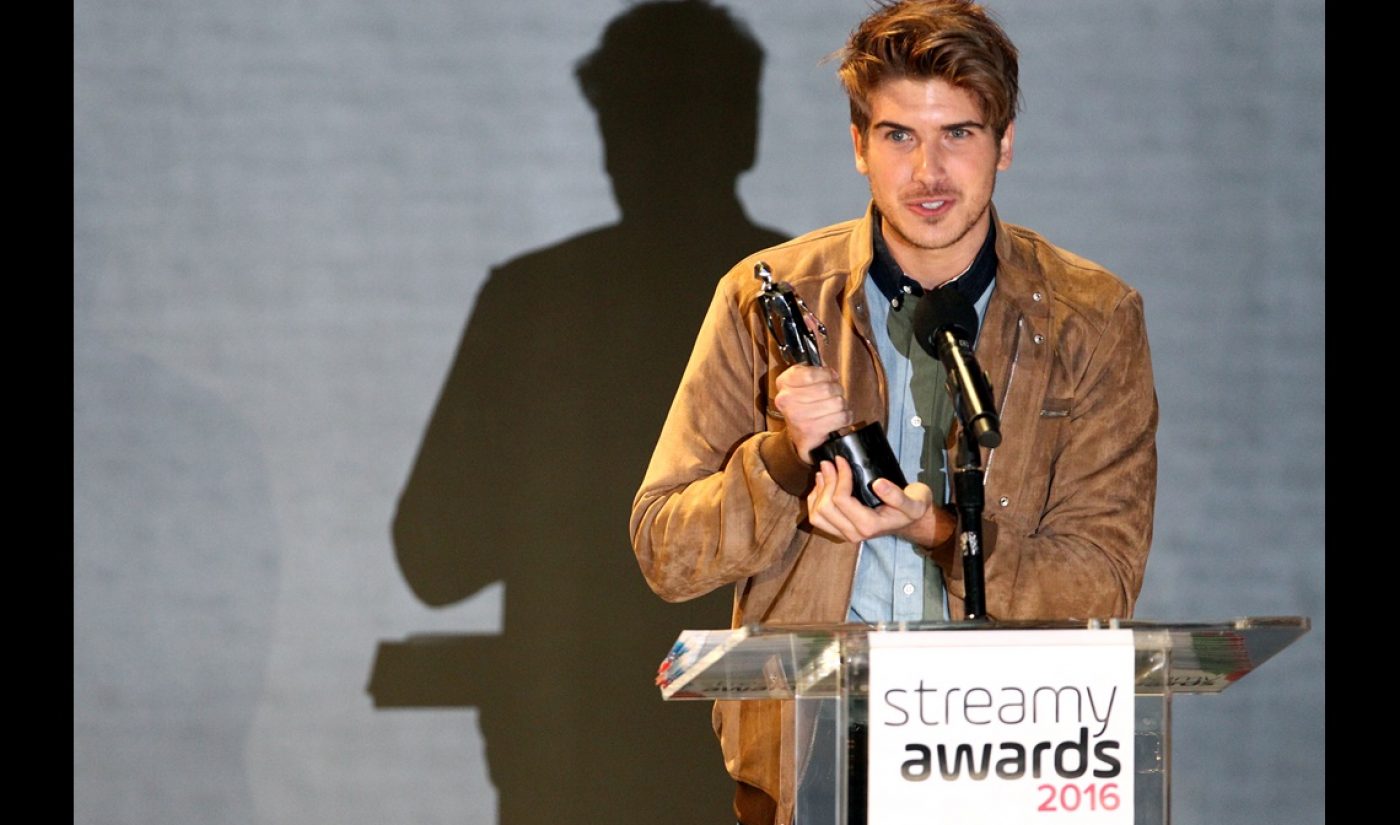 On October 4th, the Streamy Awards will honor excellence in the online video community. Three days before the show, however, the majority of its categories were settled. At a Streamys nominee reception at YouTube Space LA, 30 winners took home awards, with The Game Theorists and Oscar’s Hotel For Fantastical Creatures both earning multiple trophies.

The proceedings of the evening were hosted by Chelsea Briggs and Hunter March, who announced the winning channels, creators, musicians, crew members, and content producers. The evening’s acceptance speeches included plenty of thanks for fans, viewers, and subscribers. “You guys are my boss,” said Adande “Swoozie” Thorne, who emerged victorious in the Animated Series category. “I don’t care if I’m eating or at church — come up to me and we’ll take a picture.” Other speeches were a bit more to-the-point. “Screw you, Emmys!” exclaimed a jubilant Andy Signore, who won Best Writing for his work on Honest Trailers. “We won a Streamy!”

The remaining 14 Streamy Awards will be handed out during on October 4th, when the festivities will be hosted by Vine star King Bach. The show, which begins that day at 9 PM ET / 6 PM PT, will be streamed live on YouTube. Leading up to the start of the program, ballots will remain open on the Streamys website for the two fan-voted categories, Entertainer of the Year and Show of the Year.

Here is the full list of winners from the nominee reception:

AWARDS FOR CHANNELS, SERIES OR SHOWS

DRAMA – I Ship It

DOCUMENTARY OR INVESTIGATIVE – The Banker Suicides

HEALTH AND WELLNESS – Yoga With Adriene

Full disclosure: The Streamy Awards are co-produced by Joshua Cohen and Drew Baldwin, the co-founders of Tubefilter.