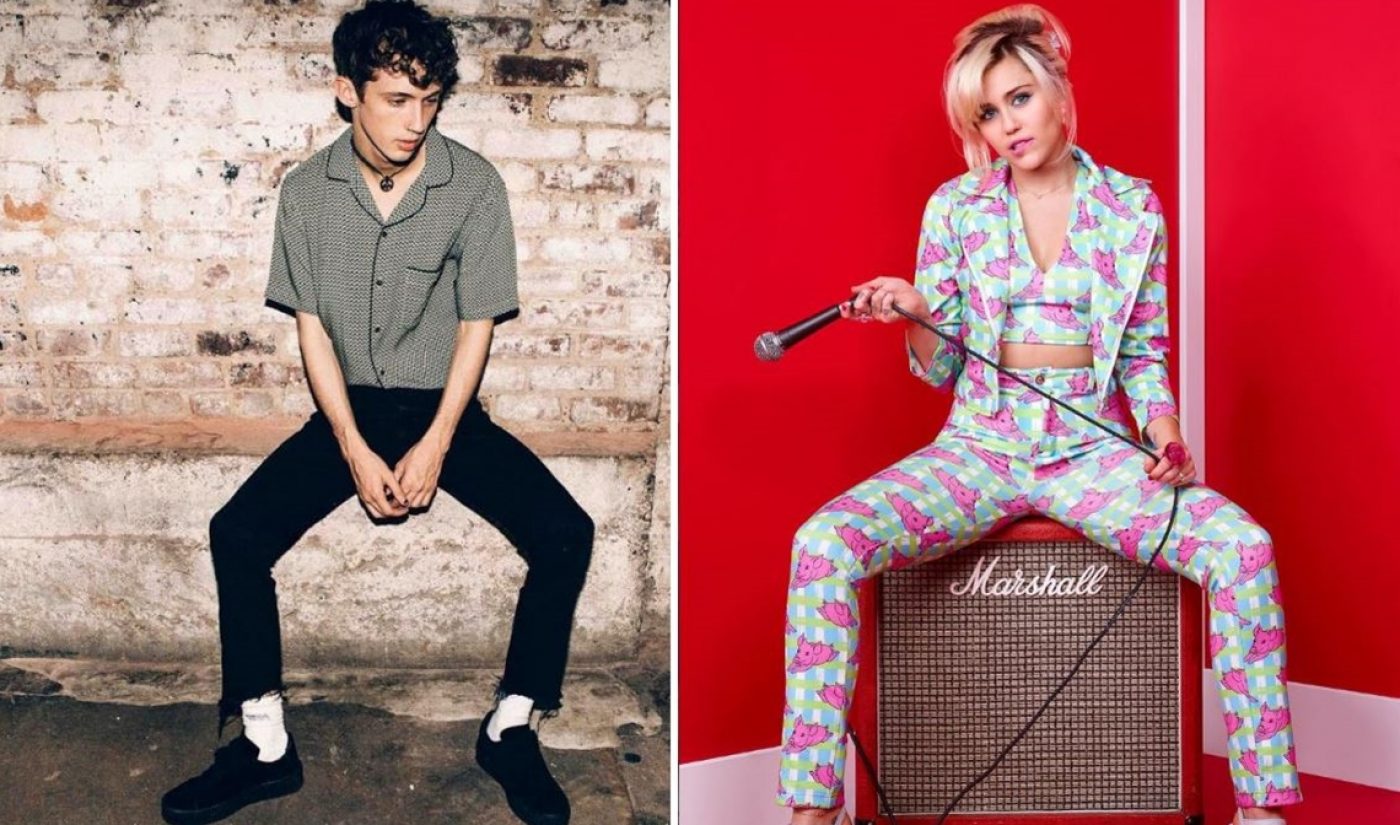 Troye Sivan seems to have made another pop luminary bestie. After Taylor Swift expressed her admiration for the Aussie YouTuber-turned-pop star’s EP, Wild, on both Twitter and Instagram, and Adele shared a video from one of Sivan’s concert stops, now he’s sharing the love with Miley Cyrus.

In an interview with BuzzFeed, Sivan said that the first LGBTQ entertainer to have impacted his life in a major way was Cyrus. “When I was like 13 or whatever and watching Hannah Montana, I thought she was the like coolest person in the world, and she wrote a song called ‘My Heart Beats For Love‘. She said in an interview that it was about her gay best friend. And I was like, ‘Oh my god, Miley Cyrus has a gay best friend. Why am I not that person?’ I was like, ‘If everyone in the world rejects me, I can just go become friends with Miley Cyrus.’”

Cyrus must’ve gotten word of the nod, as she shouted out Sivan on her own Instagram account. “Thank you for being brave mistaaaa @TroyeSivan,” she wrote. “Inspired by your beautiful words to continue my work/purpose.” Cyrus’ Happy Hippie Foundation is a nonprofit that aims to help young people fight the injustices facing homeless and LGBTQ youth.

Sivan isn’t the first LGBTQ YouTube influencer with whom Cyrus has become fast friends. Last June, Cyrus photographed Gigi Gorgeous for the Foundation’s #InstaPride campaign on Instagram, which sought to highlight gender-expansive individuals in a series of portraits.

Most recently, Sivan performed his new single, ‘Wild‘, with Canadian singer/songwriter Alessia Cara at MTV‘s Video Music Awards, and appeared on the cover of V Magazine’s fashion and music issue alongside Victoria’s Secret model Taylor Marie Hill. Check out his interview with BuzzFeed in full below: