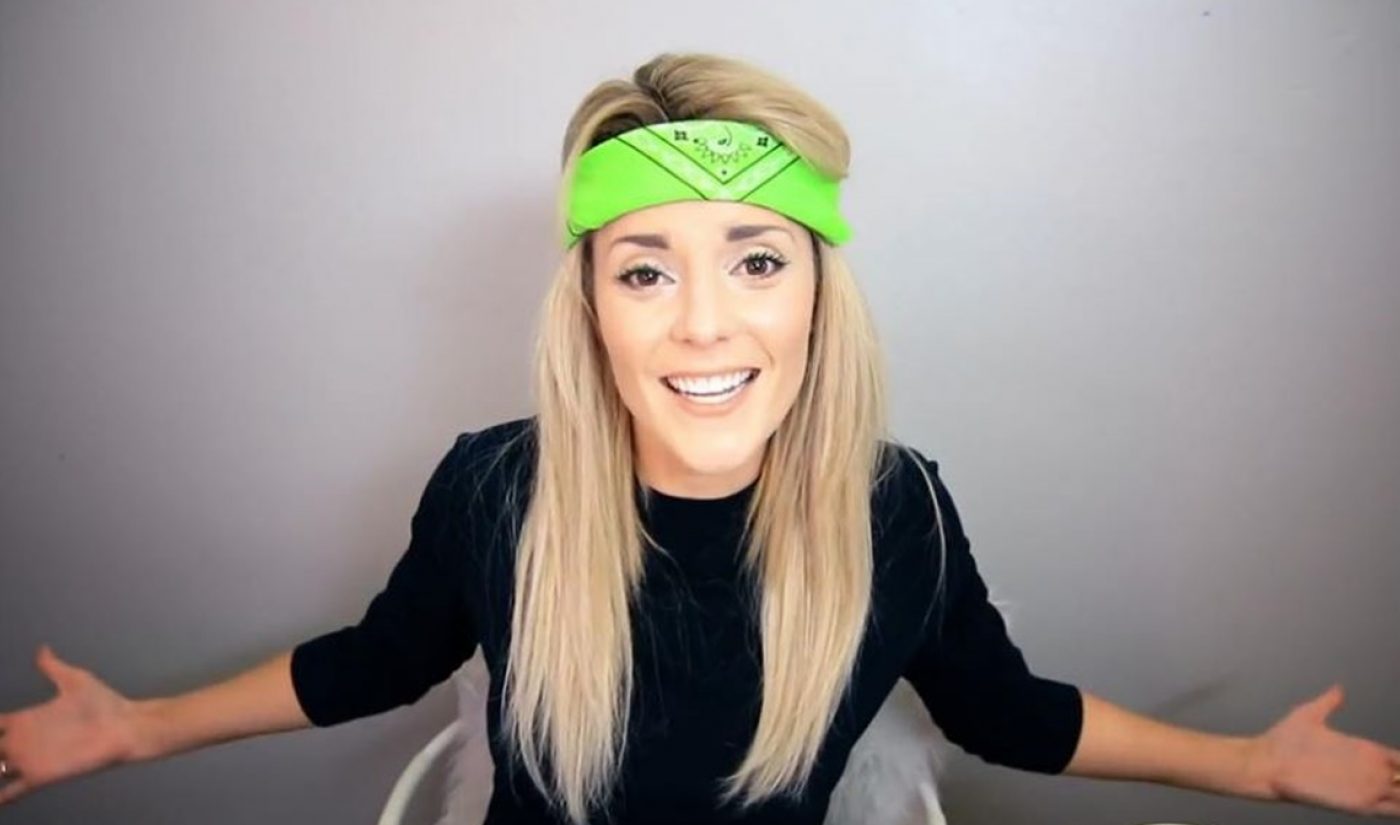 Many prominent YouTube stars have gotten into the podcast game. And Fullscreen, a subscription service launched by the digital network of the same name earlier this year, has sought to televise several of these podcasts, including Shane Dawson’s Shane And Friends, and Zall Good with Alexis G. Zall.

The latest creator to premiere her podcast — in video form — on the $4.99 monthly subscription service is Grace Helbig, who launched her Not Too Deep chat show in 2014, whereupon it catapulted to the top of the iTunes charts. Fullscreen will now team with Helbig to produce an exclusive visual edition, with two back-to-back episodes premiering on Sept. 12.

The 60-minute show, co-created by Helbig and her on-camera producer Jack Ferry features the online star and fellow influencer guests “sharing crazy stories, talking ridiculous sh-t, and acting like certifiable idiots,” according to a press release. Fullscreen’s executive producer, Michael Rucker, will team with Helbig and Ferry to help produce the 35-episode order. Guests this season will include Tyler Oakley, Rosanna Pansino, and Superfruit — and episodes will air on Fullscreen one week before the audio podcast is released.

This isn’t Helbig’s first collaboration with the Fullscreen app. She and fellow creator Hannah Hart premiered their long-anticipated Electra Woman And Dyna Girl adaptation on Fullscreen last April. The service has also been in the news recently for its first original docu-series, Keeping Score, which followed several members of the U.S. women’s soccer team on the road to Rio and captured the moment that goalkeeper Hope Solo was terminated due to untoward comments.

Helbig, whose YouTube channel is also signed to Fullscreen’s network, will next be seen in Dirty 30, a feature film about three lifelong friends whose lives spiral out of control during a 30th birthday party. It is set to be released digitally and in select theaters on September 23.