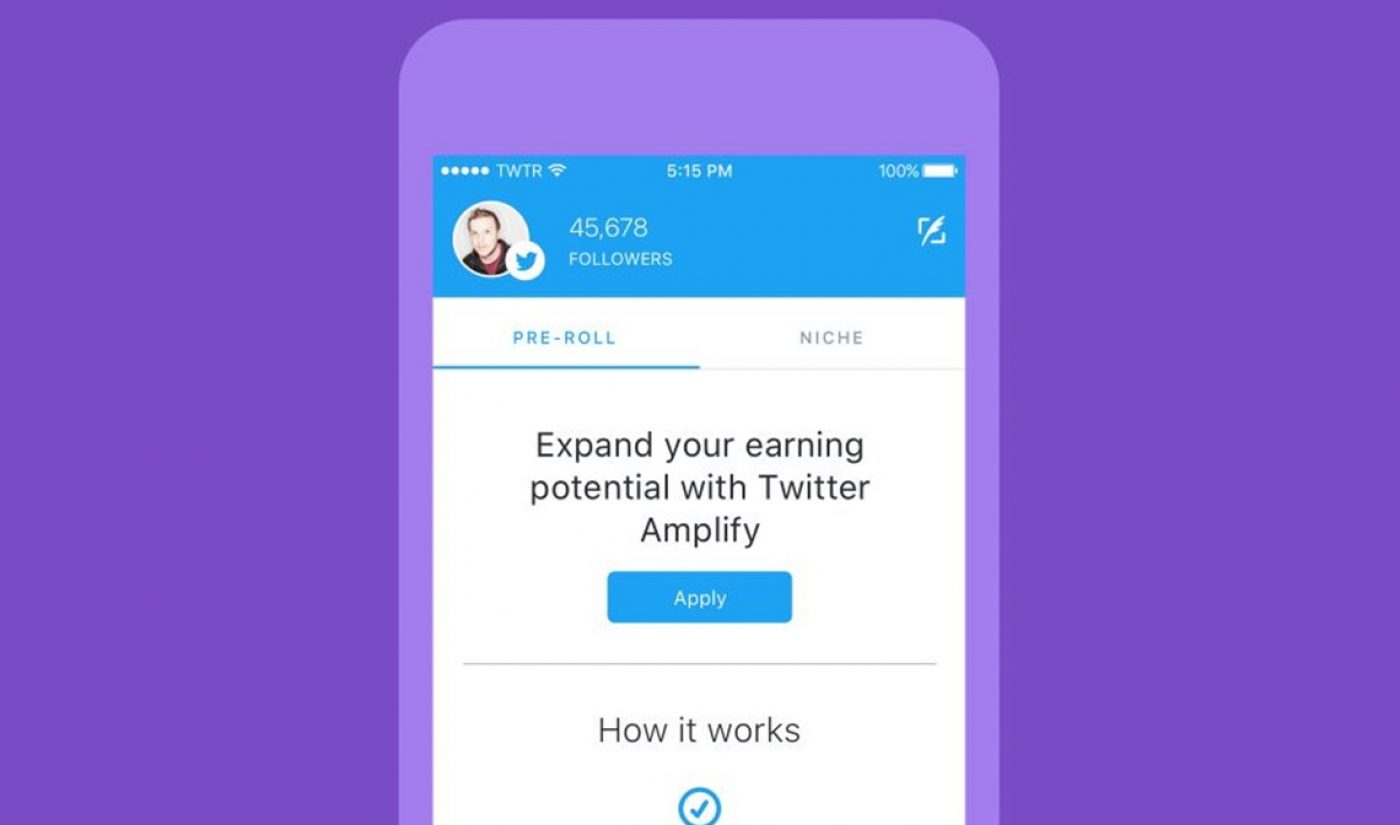 Making money on Twitter just got a whole lot easier. The company announced today the launch of its Amplify Publisher Program, which will give creators of all sizes the ability to generate revenue through pre-roll ads that run against their Twitter videos.

Activating pre-rolls is only open to “approved” creators in the U.S., writes Twitter’s director of product management, Guy Snir, in a company blog post, but is as easy as checking a box prior to Tweeting. Creators can choose to monetize Tweet-by-Tweet, or pre-set a monetization option for all of their videos. In addition, monetization isn’t exclusive to Twitter — meaning users can opt to run ads against the same content on other platforms as well.

Users can sign up for the Amplify Publisher program here. And whereas YouTube lets creators keep 55% of advertising revenues and pockets the other 45%, Twitter will reportedly enable users to take home 70% of ad revenues.

The Amplify Publisher Program is an expansion of Twitter’s Amplify advertising program, which launched in 2013 and enables big-name publishers like MTV, Sports Illustrated, TIME, and The Huffington Post to monetize their premium videos with pre-roll ads. And Amplify Publisher represents yet another revenue stream for creators on top of Niche, writes Snir, which works with 35,000 leading creators on branded campaigns, and also hosts exclusive creator meet-ups and access to cross-platform analytics.

In order to help creators upload, manage, publish, and monetize videos on Twitter, the company announced today a new desktop site called Media Studio. Within the Media Studio, users will able to see a unified library of all their videos, GIFs, and images. The Studio will also support multiple accounts and give users the ability to pre-schedule Tweets.

On Twitter’s previously announced standalone Engage app, which offers creators down-to-the-second analytics and surfaces @mentions and follows from fellow influencers and loyal fans, there will now be an ‘Earnings’ section enabling users to track revenues from ads as well as their Niche campaigns. Users can apply for Media Studio access at studio.twitter.com, or sign up for the Amplify Publisher Program and Niche inside the new ‘Earnings’ tab within Engage.