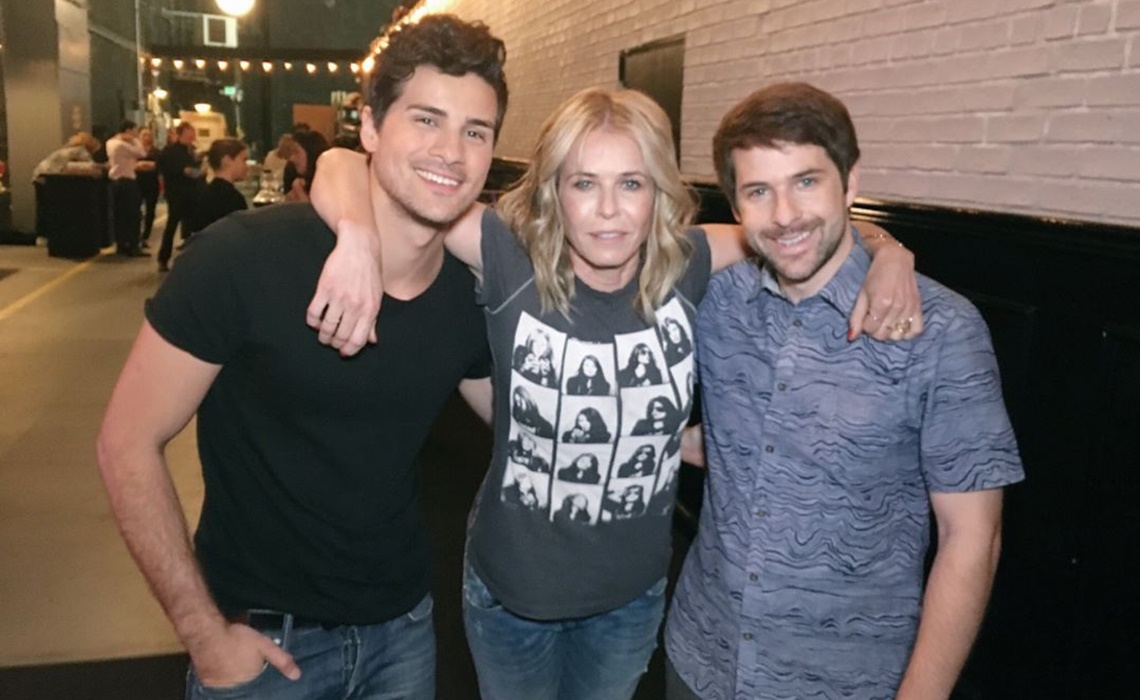 Chelsea Handler’s eponymous talk show was renewed by Netflix last month, but even though the streaming giant does not release any ratings, reports note that Chelsea seems to be struggling to drum up a social following, and has yet to host an interview that has broken into mainstream news coverage. Another sign that the show might be off to a shaky start? Showrunner Bill Wolff departed a mere three weeks after its premiere.

But yesterday, as the captain of her own digital venture, Handler invited a handful of YouTube influencers onto her show — with a combined reach of 60 million followers, she noted — to show her the social ropes. Smosh’s Ian Hecox and Anthony Padilla appeared to promote their live sketch comedy show, Smosh Live!, which premieres tonight at 8 p.m. EST and can be live streamed here. Mamrie Hart was on to discuss her upcoming film, Dirty 30, while Flula Borg plugged his namesake YouTube channel.

Handler asked how each of her guests had gotten their start on YouTube, how they started making money, where they see their careers moving in years to come, and what kind of creative feedback they receive from the world’s largest video platform. Hecox explained that YouTube didn’t tend to provide any. “YouTube doesn’t know how to run YouTube,” he said.

“Careful,” Handler laughed. “I once said that about E!, and look where I am now.”

You can watch the full segment on Netflix, or check out a clip below: