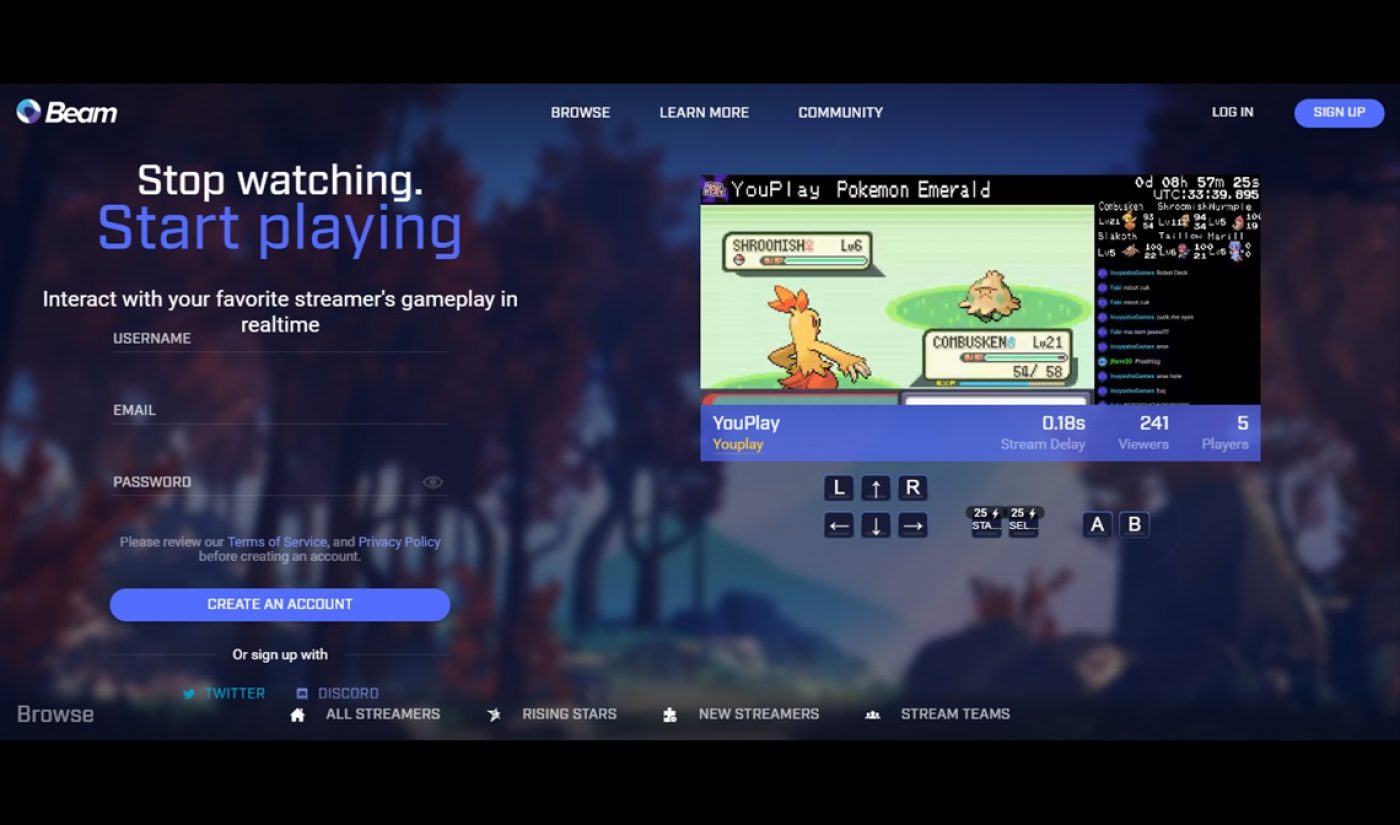 Microsoft wants to get into the video game live streaming realm. The tech company’s Xbox division has acquired Beam, a startup that is characterized as a competitor to Amazon-owned streaming platform Twitch.

Like Twitch, Beam’s userbase is divided into streamers who broadcast themselves playing video games and viewers who consume those broadcasts. The startup separates itself from its more-established competitor by making it easier for viewers to play along. Scenarios can be set up, for example, in which a streamer’s fans select which weapon to use of which character to talk to. Those features, from a layman’s perspective, resemble the sort of interactive setups Twitch users created for well-known projects like Twitch Plays Pokemon and Choice Chamber.

With Beam, Xbox is picking up a product that pairs well with its Xbox Live service and appeals to the video game console’s core consumer base. The deal also marks a return to video content for Microsoft, which previously produced original content through its ill-fated Xbox Studios division. “Bringing Beam, their award-winning team and their inventive technology into the Xbox family supports our ongoing commitment to make Xbox Live more social and fun,” said Xbox Live partner group program manager Chad Gibson.

According to Variety, financial terms of the acquisition were not disclosed. Beam, which employs 15 people, is based in Seattle, less than an hour from Microsoft’s home base in Redmond. It officially launched in January 2016 and claims to have 100,000 monthly users.