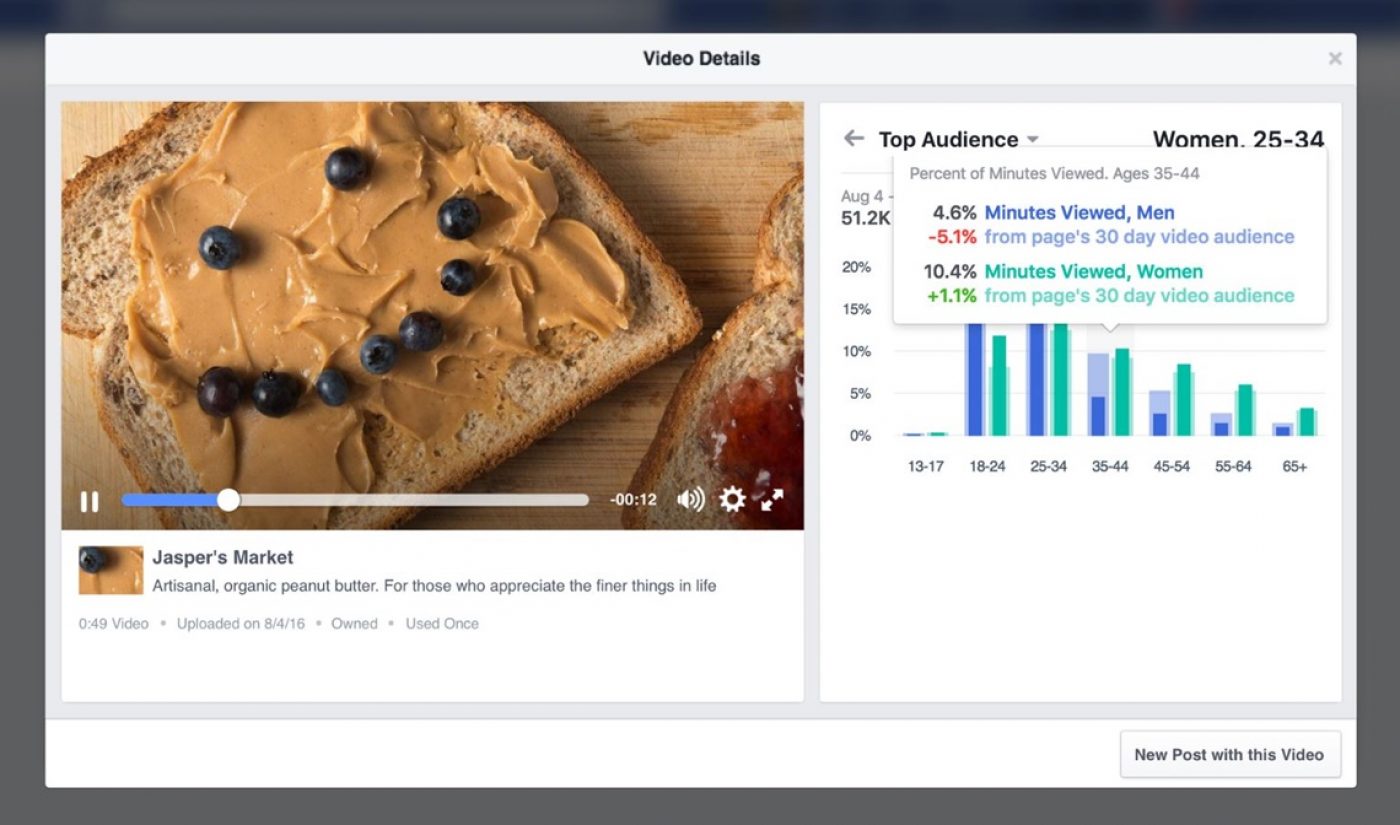 Facebook unveiled today three new video metrics that it will roll out to creators in a bid to “give publishers actionable data to help them create videos that forge stronger relationships,” product manager Anaid Gomez-Ortigoza wrote in a company blog post.

The first new metric Facebook will provide is an audience demographic breakdown, which will enable publishers to see total minutes viewed by age, gender, and location. This feature will also be available for both Live and 360 Videos. Second, Facebook will provide creators with viewer engagement info with respect to their Live broadcasts. New graphs will show the volume of reactions, comments, and shares throughout a Live video in order to help publishers identify the most compelling moments.

Finally, given that 48% of all video watch time on Facebook is derived by shares from friends, the network will give publishers “breakdowns of views and minutes viewed from the original video post versus shares and crossposts of the video.” The aim of this stat is to help publishers understand how sharing impacts distribution and what kind of content compels people to share.

In addition to the aforementioned metrics, Facebook is also launching two new tools to help publishers distribute 360 Videos — of which 250,000 have been posted since the feature debuted last September. Today, Facebook is introducing a Guide that will let publishers highlight specific points of interest throughout a 360 Video. When consuming these videos, viewers will automatically be directed to these areas “so they can enjoy a lean-back experience and never miss a key moment,” writes Facebook 360 partnerships lead Paul Beddoe-Stephens.

Second, a Heatmap feature will help publishers determine which points within a 360 Video viewers felt most compelled by. Heatmap, which will be available for any 360 video posted after May 1 with more than 50,000 views, displays a visual map highlighting the “hottest” parts of each video, Beddoe-Stephens explains.

Check out a video showcasing both new tools in action below: