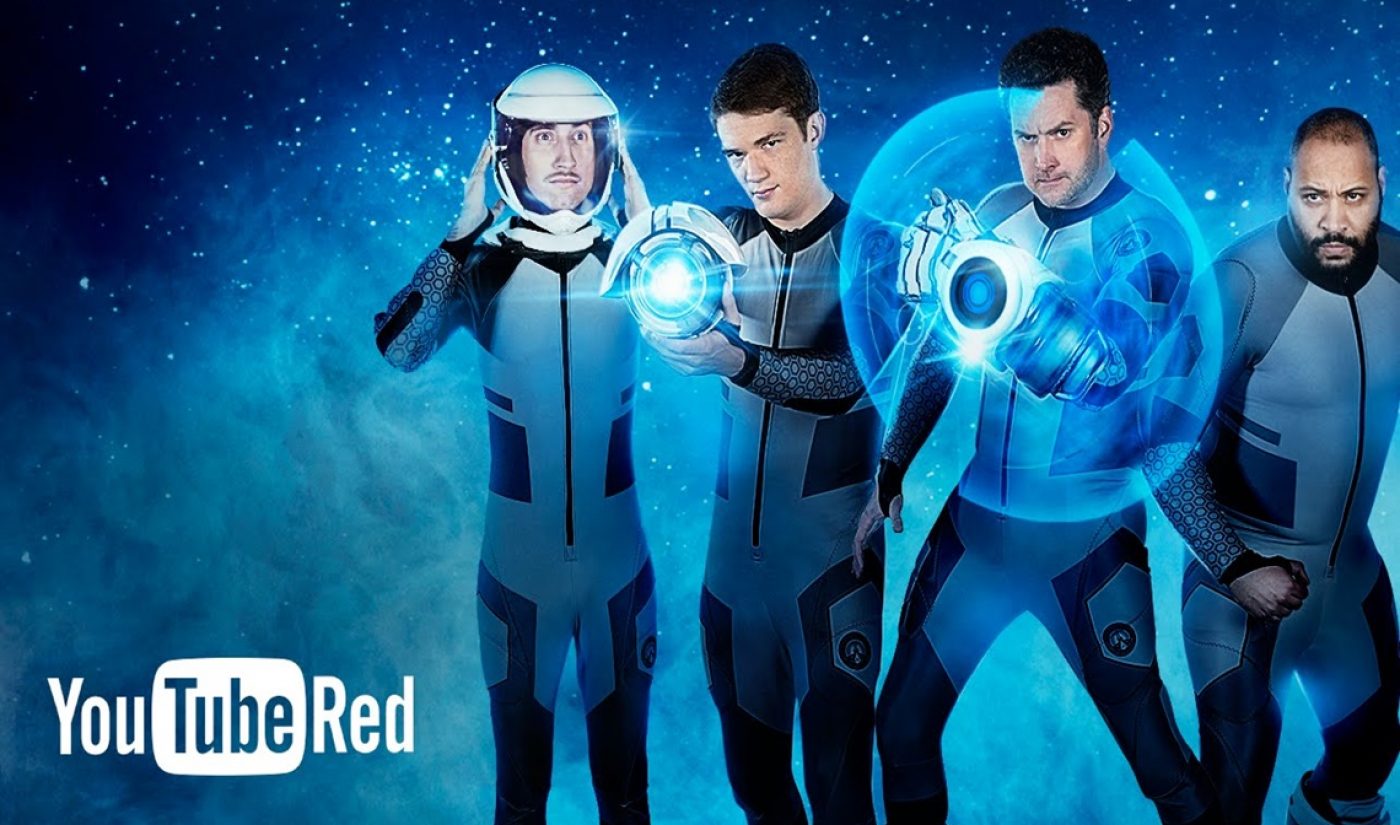 Four heroes with super-powered suits of space armor are headed out to save the world…again. During a Television Critics Association (TCA) presentation, YouTube announced its plan to distribute a sequel to the Rooster Teeth feature film Lazer Team on its YouTube Red subscription service.

The original Lazer Team was Rooster Teeth’s first-ever feature-length film. After spending more than a decade building one of the Internet’s most dedicated fan communities, the Austin-based studio funded Lazer Team by raising more than $2.4 million on Indiegogo. A year later, the film was announced as one of the launch titles for YouTube Red, which costs $9.99 per month and offers access to premium content as one of its biggest selling points. Ultimately, the film arrived for Red subscribers in February of 2o16.

The first Lazer Team film followed its four leads, played by Burnie Burns, Michael Jones, Gavin Free, and Colton Dunn. After stumbling across a quartet of supersuits, the titular team is forced to harness their newfound powers before doing battle with an alien menace. While plot details for the sequel (which will be co-produced by Fullscreen Films) aren’t yet known, Burns and Free did confirm its existence in a short video shot at the original film’s Japanese premiere.

The Lazer Team sequel is part of a content push from YouTube Red; in total, YouTube global head of original programming Susanne Daniels announced three new programs during her TCA presentation. “Rooster Teeth’s massive audience on YouTube made their first sci-fi-comedy on YouTube Red a fan favorite, and we can’t wait to team up again with this creative powerhouse and Fullscreen Films to deliver another hit for their fans,” she said.

While subscription numbers for YouTube Red have not been revealed, Lazer Team is regarded as a success. The film made more than $1 million in pre-sales alone for its limited theatrical run.