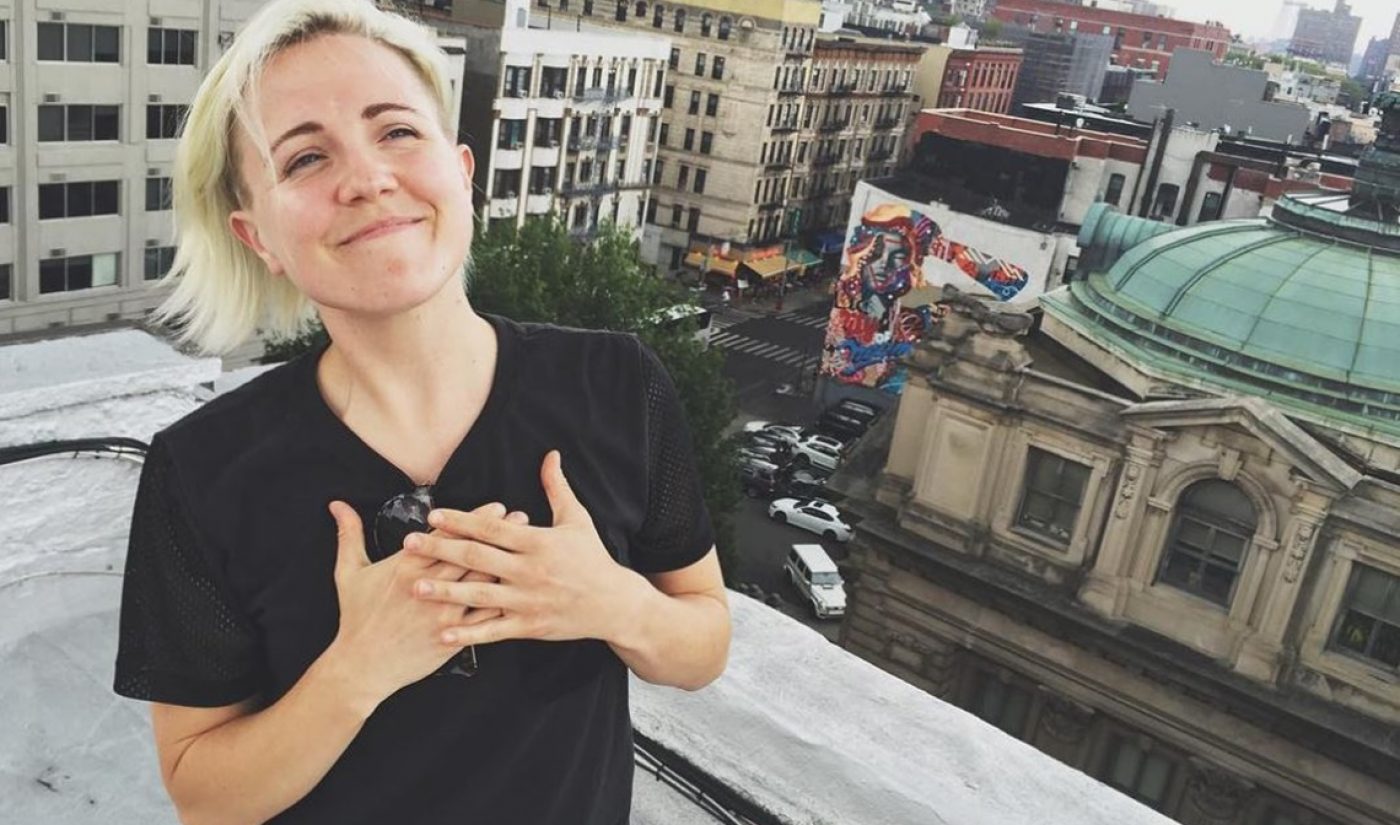 LGBTQ media monitoring organization GLAAD will honor renowned YouTube star Hannah Hart at its annual San Francisco Gala, to be held on September 8. Hart will receive the Davidson/Valentini Award — named for GLAAD’s first executive director, Craig Davidson, and his partner, Michael Valentini, which is given to “an LGBT media professional who has made a significant difference in promoting equality and acceptance for the LGBT community,” according to the organization.

“By using her powerful platform to elevate LGBTQ stories, Hannah Hart has proven to be a tireless advocate for self-love and acceptance,” said GLAAD president and CEO Sarah Kate Ellis in a statement. “Her messages of empowerment inspire countless LGBTQ youth and move hearts and minds across the world.”

Hart, who established her channel in 2011, is one of YouTube’s many prominent LGBTQ creators, and launched a still-ongoing, eight-part Coming Out series on her channel in 2012. The videos detail her experiences as a gay woman and highlight the voices and concerns of other members of the community, according to GLAAD.

“It’s an honor to be honored!” Hart tweeted in response to the news.

And she is in good company. Last year, fellow YouTube star Tyler Oakley received the Davidson/Valentini Award, while, in 2014, Oakley and Hart both presented the inaugural Ric Weiland Award to Arjan Dijk, VP of marketing at Google. The Ric Weiland Award honors those who advance LGBT equality through tech and new media. This year’s recipient is Salesforce CEO — and noted LGBT advocate — Marc Benioff.

Hart is the author of a New York Times Best Seller, the 2014 parody cookbook My Drunk Kitchen, which is named after the famed series on her channel. She will release a follow-up collection of narrative essays, Buffering: Unshared Tales Of A Life Fully Loaded on October 18. Additionally, Hart will be making the leap to traditional television with a six-part Food Network series, where she will travel to different cities in search of budget-friendly eats. The as-yet-unnamed series will premiere later this year.