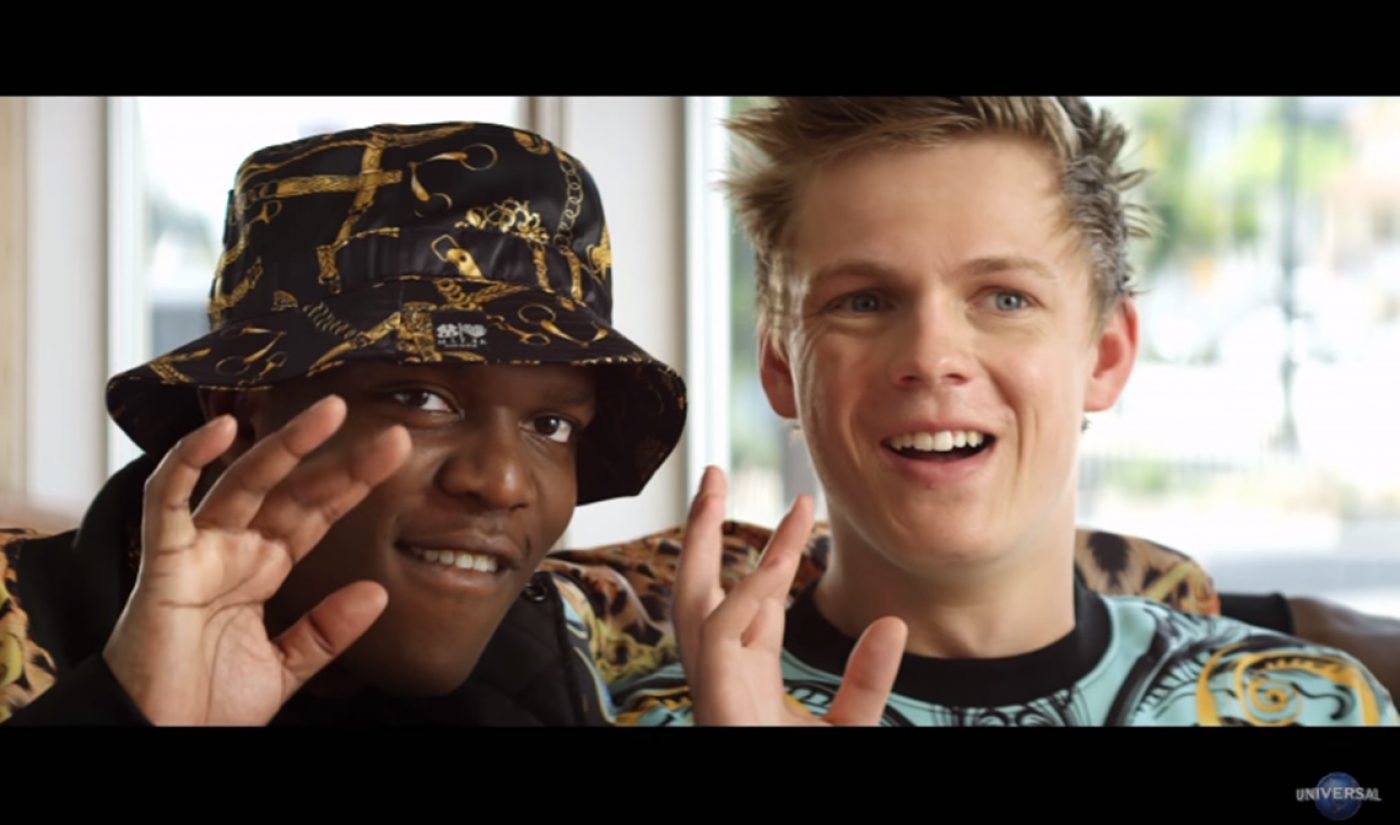 A week after its release date was first announced, Laid in America’s trailer has now been revealed. Universal Pictures Home Entertainment has offered a preview of the film, which is led by YouTube stars Caspar Lee and KSIOlajidebt, on its YouTube channel.

When I discussed Laid in America last week, I noted the similarities between its plot and that of American Pie, the 1999 teen film that has endured as a coming-of-age classic. The trailer backs up that hypothesis. It offers up the same sorts of raunchy sex jokes, suggestive situations, and zippy rock soundtrack that have been used in teen comedy trailers for decades (and, we can only assume, will continue to be used for decades more). This particular preview gets some bonus points for employing Honest Trailers epic voice Jon Bailey, who turns in some particularly light-hearted narration.

Based on the jokes on display in its trailer, Laid in America doesn’t seem like it will have a ton of appeal for viewers who don’t already subscribe to Lee and KSI’s respective YouTube channels. Those fans, however, number in the millions, so look for Laid in America to perform well when it arrives for digital download on September 26th in the UK and September 27th in the US.