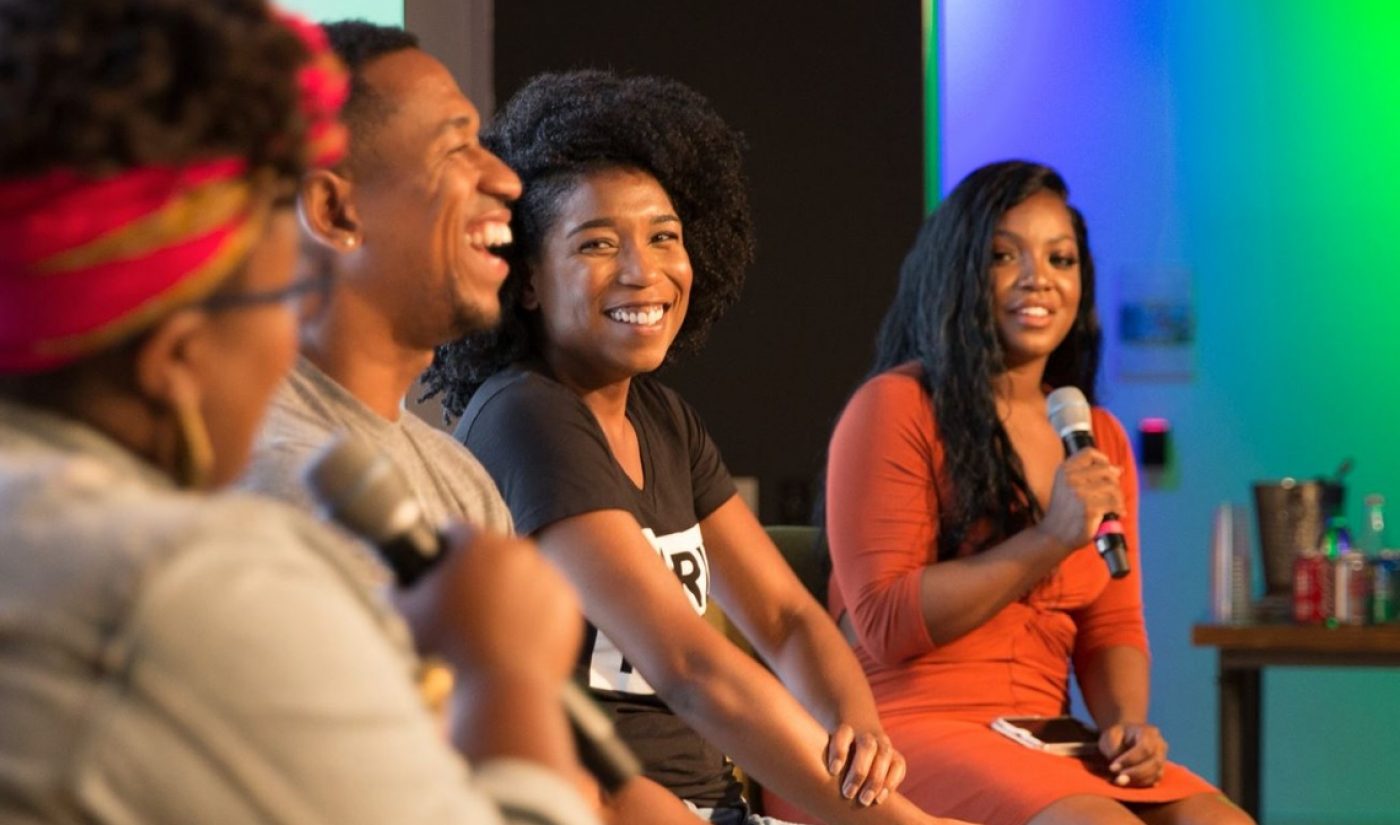 Yesterday evening at the YouTube Space New York, the platform hosted its second-ever #YouTubeBlack event — an initiative launched last March to redress racial inequities that exist across the platform, as well as to provide mentoring and reflection for creators of color. In a wide-ranging panel discussion hosted by YouTube’s emerging business lead, Kendra Desrosiers, the vlogger TPindell and beauty creators Whitney White and Tiarra Monet discussed their experiences building successful careers on the platform and offered advice to aspiring YouTubers.

White, who founded her natural black hair-focused channel in 2009, said that she has felt an increasing pressure to look a certain way on-camera as she’s become more successful. “Black women — we can all look different, we can all be different, we don’t have to all ‘slay,’” she told an intimate gathering of aspiring creators. (Creators had to have at least 1,000 subscribers in order to attend). “We can be goofy, we can be nerdy, geeky, we can be whatever we want to be — and it’s amazing.”

White and Monet also discussed the ways in which YouTube has opened up business opportunities that never existed before. “Black women on YouTube have changed the overall beauty industry,” White said. “Companies didn’t care to tell our stories until we multiplied online,” she explained. “Now we have our products, now we have our commercials, now we have our magazine spreads, now we have campaigns, and now we have products galore.”

Pindell, White, and Monet also discussed to what extent they feel compelled to discuss social issues on their channels — including the recent killings of Alton Sterling and Philando Castile at the hands of the police. When Monet was posting beauty content in the wake of Sterling’s death, for instance, a commenter objected. “I’m like, ‘This is my job,’” she said. “My job is to be a blogger and to show you this lipstick — not that I’m not aware and I don’t know what’s going on and I’m not hurting. Just because someone doesn’t hashtag or post a picture on Instagram, doesn’t mean we’re not affected, doesn’t mean we’re not doing things outside of the Internet.”

Starting out, White noted that she preferred to share the fun and goofy sides of her personality — though she gradually became more comfortable sharing other aspects of her life as well. “I don’t post every time something happens — because it happens all the time,” she said. “I don’t want it to become — and this is going to be very touchy —  I don’t want it to become a graveyard on my Instagram. Unfortunately that’s the reality of it.” Instead, White says, she offers commentary when it feels right for her, or when speaking out has the potential to be most impactful.

Pindell, too, says he strives to make his channel an uplifting space. And while he acknowledges that being silent can contribute to the problems at hand, sometimes the emotions are just too raw. “I’m at a point where viewers will be like ‘T, why don’t you do a video and tell us how you feel about this?’ I’m like, I’m not going to be able to get through that video,” he says, near tears. “I can’t do it.”

YouTube hosted its inaugural #YouTubeBlack summit earlier this year in Los Angeles, where 100 top creators gathered to hear bold-faced speakers like Russell Simmons, Wanda Sykes, and #BlackLivesMatter activist Deray Mckesson. At the time, CEO Susan Wojcicki also announced several steps that YouTube would take to become even more inclusive. Black creators would receive access to account managers to help them troubleshoot various issues, she said, as well as full access to the company’s YouTube Spaces globally. Wojcicki also noted that having a black lead in a forthcoming YouTube Red original series was a major priority.