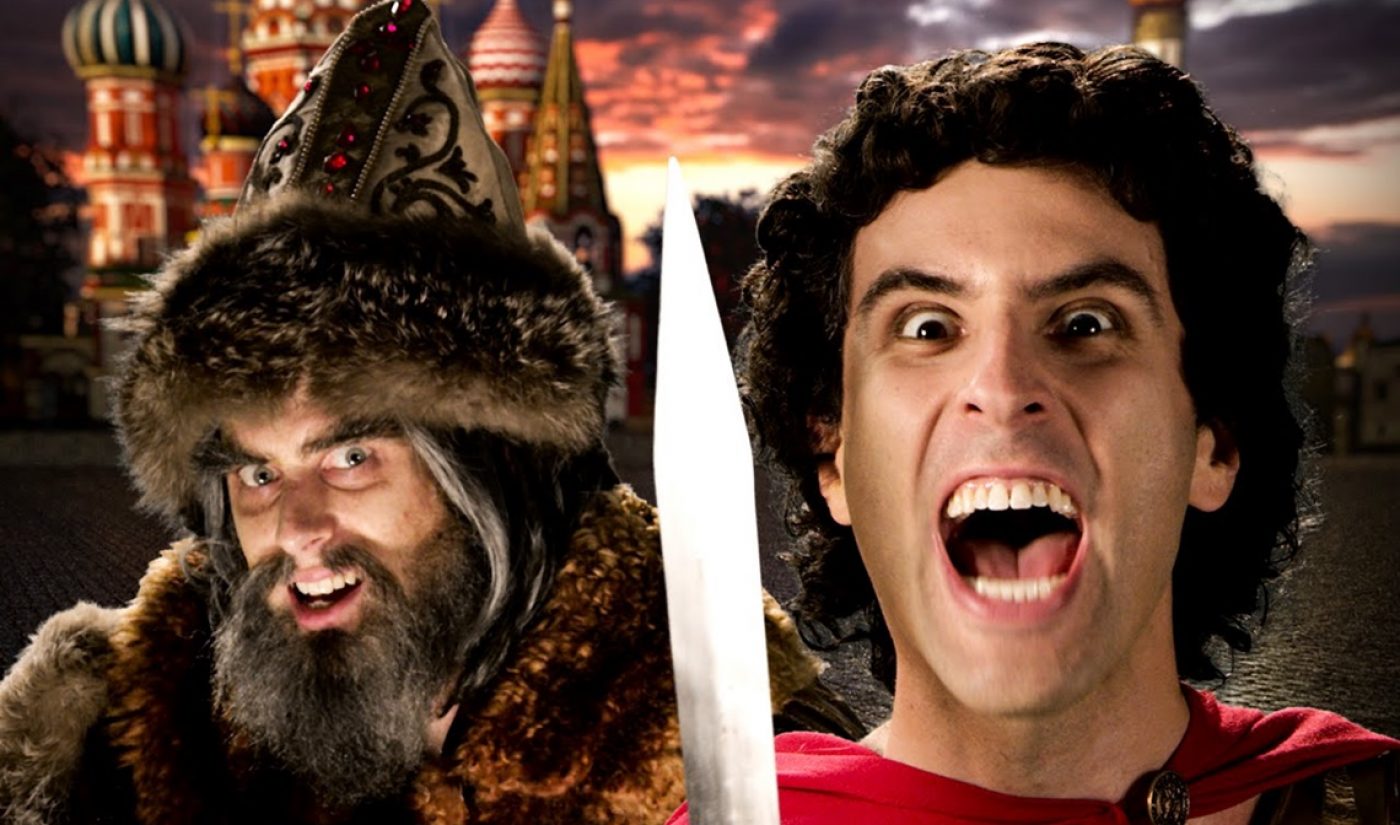 In March, The Television Academy revealed its decision to expand the Emmy Awards to include several short-form categories. The big winners from that announcement were digital content producers, who gained the ability to have some awards season representation of their own.

Now, the 2016 Emmy nominations have been announced, and the shows that made the cut in the short-form categories include a mix of linear TV series, digital companions to TV offerings, and, in historic fashion, web series like Honest Trailers and Epic Rap Battles of History (ERB).

In their first year, the short-form Emmys are separated into five separate categories, most of which featured at least two nominees affiliated with TV networks and the shows they distribute. Only in the Short Form Variety Series category can all five nominees truly call themselves web-native; it is in that department where Defy Media’s Honest Trailers and Maker Studios’ ERB, which have long served as two of YouTube’s wittiest and most consistent offerings, earned their Emmy nods. In comparison, the short form section’s headlining category — Outstanding Short Form Comedy or Drama Series — will honor only a single series that has no ties to TV. That show, Her Story, is an independently-produced transgender tale that began on YouTube earlier this year.

In the end, the first-ever short-form Emmy class is perhaps a bit too TV heavy, but the nominations received by Honest Trailers and ERB represent a milestone achievement for the online video community. Defy Media and Maker Studios (the latter of whom petitioned the Television Academy to consider its programming) should give themselves pats on the back.

Here, via E!, is a full list of nominees in this year’s short-form Emmy categories:

Outstanding Actor in a Short Form Comedy or Drama Series

Outstanding Actress in a Short Form Comedy or Drama Series

Janet Varney, Everyone’s Crazy But Us (Funny or Die)

A Year in Space (Time.com)

National Endowment for the Arts: United States of Arts (Arts.gov)

Gay of Thrones (Funny or Die)