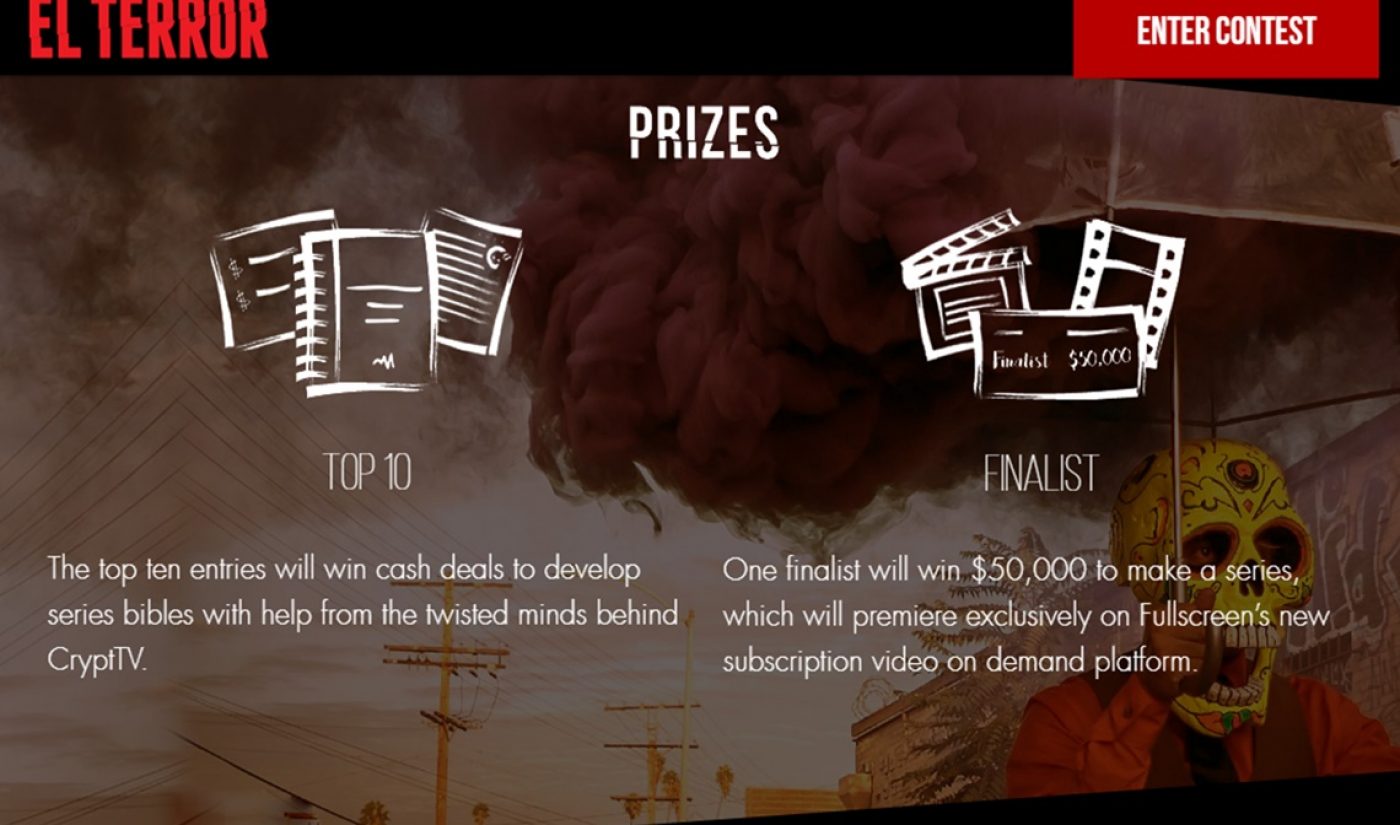 Digital studio Fullscreen and Eli Roth’s horror platform Crypt TV are searching for the next great horror series. The two companies have joined forces for El Terror, a filmmaking competition that will award a series deal to its winning creative team.

The rules for El Terror are simple: Potential entrants can head over to the contest’s official website, where they will be invited a single 30-second clip that shows off the concept for their most terrifying, bone-chilling web series idea. Submissions will be accepted until September 1st, at which point the contest’s three celebrity judges — Roth, Danny Trejo, and Julia Kelly — will choose 10 finalists, all of whom will develop “series bibles” alongside Crypt TV. Ultimately, a winner will be selected, and their series will be developed for distribution on the recently-launched fullscreen streaming video service.

The El Terror contest is designed to be purely democratic, so that anyone with a smartphone can turn their short clip into a full series. “Crypt TV has been a fantastic partner for Fullscreen, and we couldn’t be more aligned with our goal to tell innovative stories that will scare the cases off our viewers’ phones,” said Fullscreen VP of scripted development Polly Auritt in a press release. “Fullscreen aims to be the go to destination for young creators, and can’t wait to tap into Crypt TV’s network to help identify the next great horror mastermind.”

Fullscreen is one of several Crypt TV partners in the digital media space. In May, Roth’s platform announced a deal with Big Frame through which it would produce influencer films in the horror genre.

Official rules for El Terror can be found on the contest’s website.