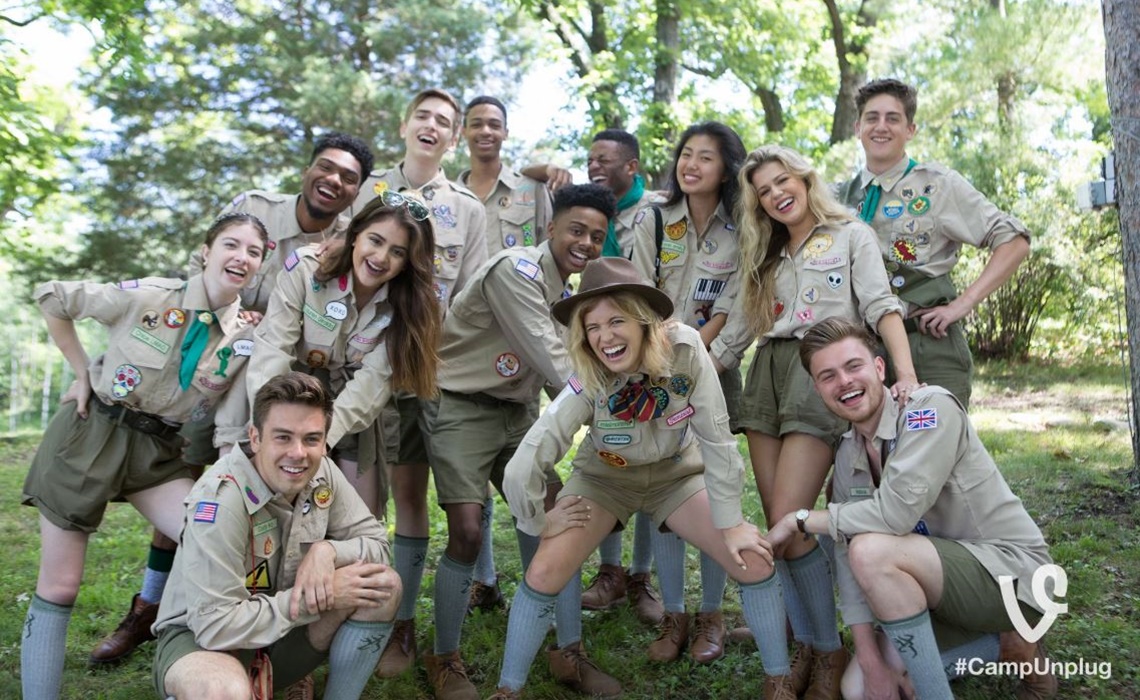 Micro video platform Vine — which recently announced changes that will allow certain creators to post longer videos, thus opening the door to monetization opportunities — has quietly released its first long-form original series. Told in a series of 36 Vines ranging in length from 6 seconds to more than 2 minutes, the show is called Camp Unplug and is about a group of 13 Vine stars who grudgingly attend a digital detox summer camp.

Camp Unplug can be consumed by scrolling through a feed, or with a fullscreen option that plays all of its various segments in succession. While the majority of the series features the kind of goofy six-second clips for which Vine has become famous, the longer clips allow the digital stars to flex their acting muscles a bit. Some clips are posted from the Camp Unplug account, while others have been published by the aforementioned Viners.

Judging by early responses, the series already looks to be a hit. Since being posted on Thursday — to coincide with VidCon — Camp Unplug has been looped more than 41 million times, according to Vine.

And Camp Unplug is not the only way in which Vine is experimenting with longer-form content today. Ahead of its cable premiere on July 11, Adult Swim has debuted a full 10-minute episode on Vine of a forthcoming animated series titled Brad Neely’s Harg Nallin Sclopio Peepio.