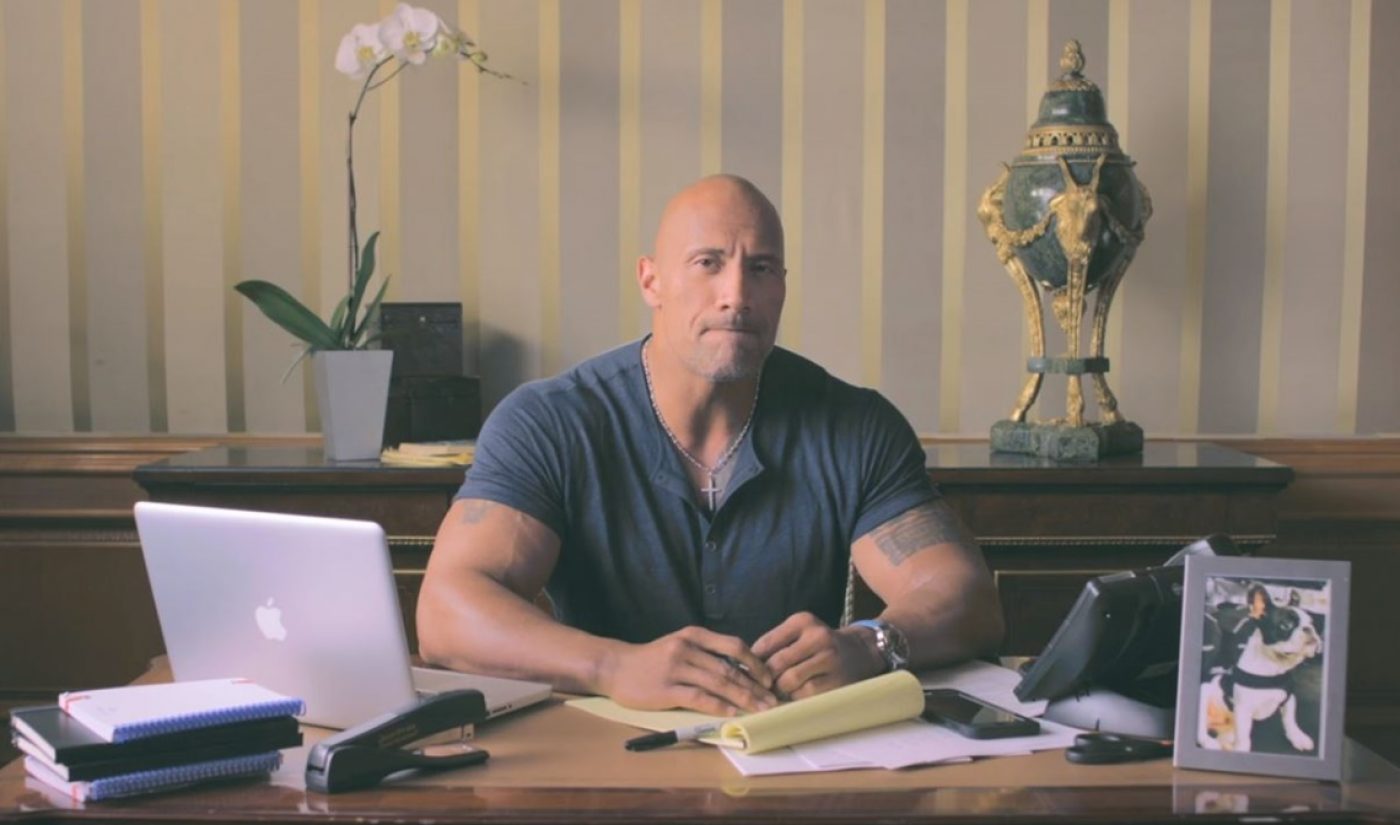 Yesterday at VidCon, Dwayne ‘The Rock’ Johnson superfan Lilly Singh announced that the semi-retired professional wrestler’s YouTube channel is set to premiere on July 18. And in less than 24 hours, the channel already looks to be a smash, with more than 70,000 subscribers and counting.

Called Seven Bucks Digital Studios, the channel was announced in May and is being developed alongside digital network Studio71 — which also happens to be Singh’s multi-channel network.

Johnson co-founded Seven Bucks Digital Studios and Seven Bucks Productions — his traditional media production company — alongside his ex-wife and manager, Dany Garcia. “The YouTube channel will feature Johnson’s own videos…along with other creators who share his work ethic and drive to inspire, motivate, and entertain,” the company said. “The channel will also deliver monthly collaborations…as well as an action-filled scripted online series.”

Singh unveiled a teaser trailer at VidCon showcasing a taste of what’s to come. Check it out below: