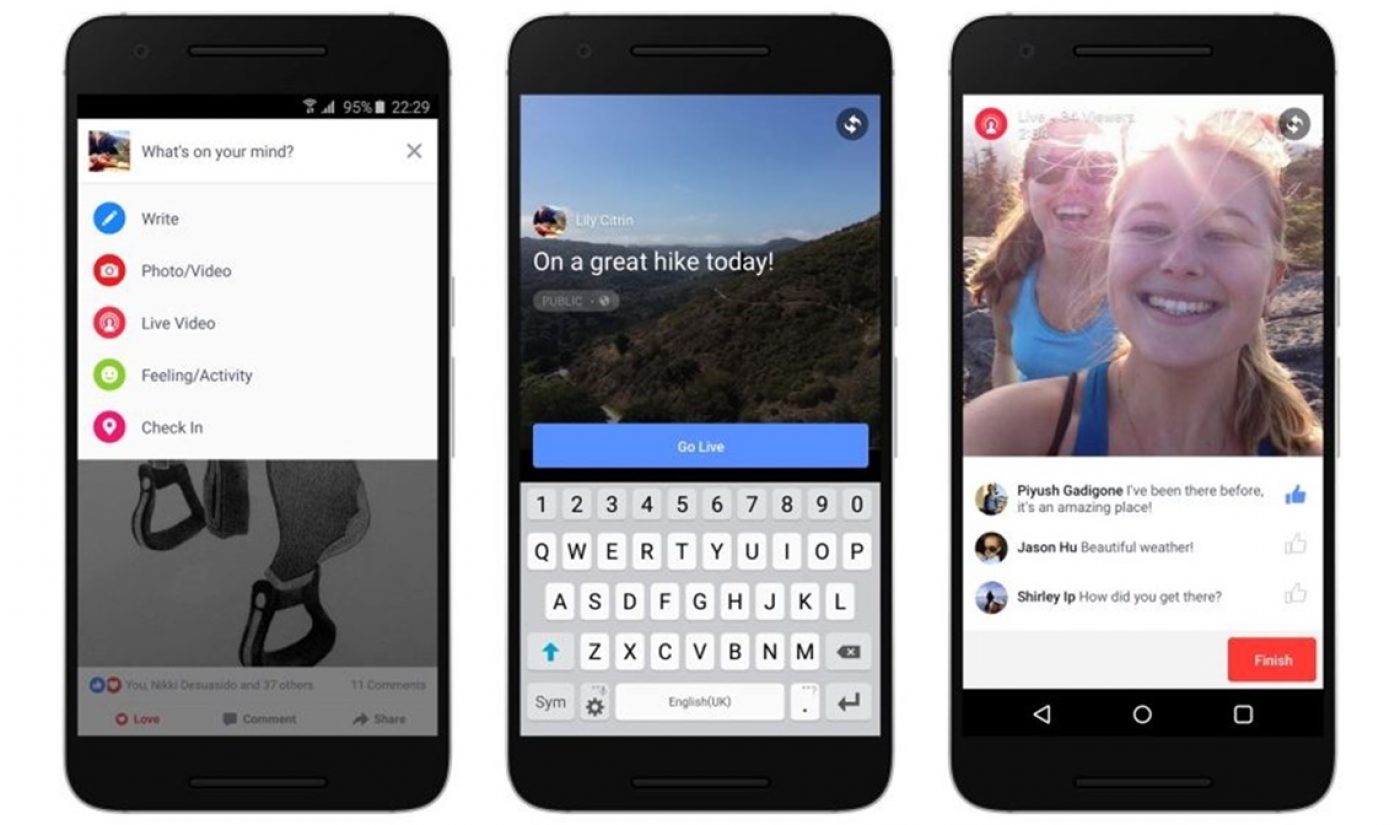 Amid a growing fleet of livestreaming platforms on today’s market — including Periscope, YouNow, and Meerkat — what differentiates Facebook Live is the ability to watch and share broadcasts with friends, said the company’s director of video, Fidji Somo, onstage today at VidCon. “If we’re friends, we’re both gonna see that we’re watching at the same time, which creates this really amazing social experience.”

And this summer, Facebook is rolling out several new features — including the ability to go live alongside friends — that speak to its social roots. The new feature was inspired by popular ‘collab’ videos, Somo noted, and will also mean that influencers can go live with their fans.

Facebook is also adding two other Live features in coming months. Soon, users will be able to go live via MSQRD — a selfie filter app (similar to Snapchat’s uber-popular lenses feature), that the company acquired earlier this year. Somo called the new capability “a fun, creative tool.” Lastly, users will be able to schedule streams ahead of time as a means of “building buzz.” Broadcasters will be able to share a sneak peek of what’s to come, and there will even be a virtual “lobby” that audiences can enter before a stream starts so that hosts feel like they’re “walking into a packed house.”

In terms of monetization, Facebook is currently working on ways for Live creators to make money. “Live videos tend to run longer — it’s actually not unusual to have people broadcast for longer than an hour,” Somo said. “So you could easily imagine that an ad break in the middle of a live video could work well in that context.” Facebook will start experimenting with different ad models in coming months, she said.