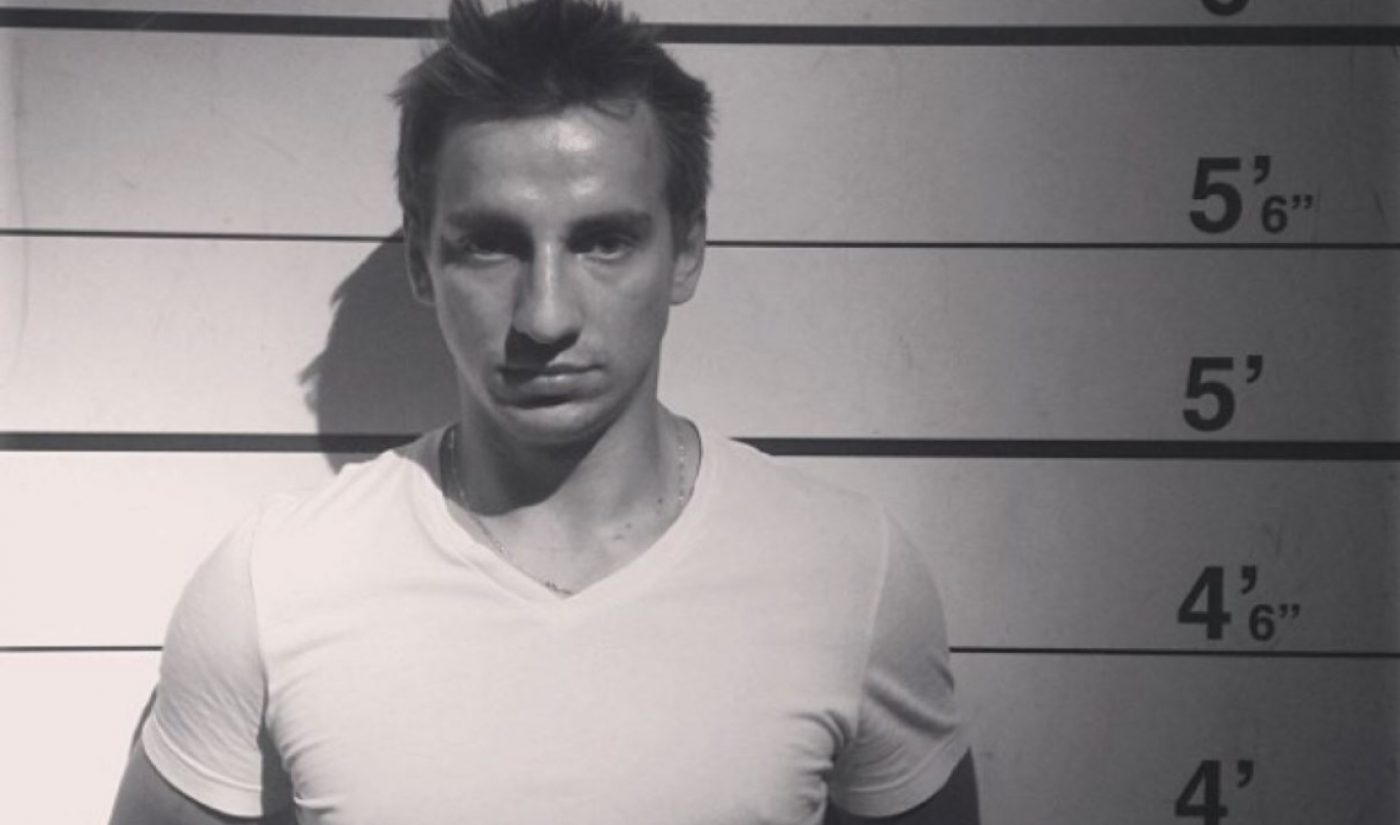 Bedecked in camo gear and a GoPro strapped to his head, the notorious YouTube prank star Vitaly Zdorovetskiy mounted the ‘D’ of the 45-foot-high Hollywood Sign yesterday evening and vlogged for roughly an hour with a huge banner reading ‘I’m Back’. Then, park rangers arrived on the scene, and took him into custody for trespassing. Another man climbing the hillside was also arrested, reports ABC7.

Zdorovetskiy was released yesterday evening after posting bail, though he could face a $1,000 fine and six months in county jail for the misdemeanor — as the sign, on Mount Lee, is closed to the public and protected by gates, cameras, park rangers, and LAPD officers.

The stunt could mean that a sequel is in the works for Natural Born Pranksters, Zdorovetskiy’s feature film with Roman Atwood and Dennis Roady, which premiered at the No. 1 spot on the iTunes comedy charts. “The villains missed me,” he reportedly told CBS from the back of a cop car. (‘Villains’ is the term he uses for his fans). “They really missed me, the villains. And I had to show them who’s back — Natural Born Pranksters. Nothing can stop us.” Before his arrest, Zdorovetskiy had tweeted that he was filming a “welcome BACK video”.

This is not his first brush with the law. In fact, he was arrested for the same exact stunt last year, according to CBS. Perhaps most notably, Zdorovetskiy ran across a soccer pitch in his underwear at the 2014 World Cup, for which he had to spend an hour in jail and pay a $100 fine.