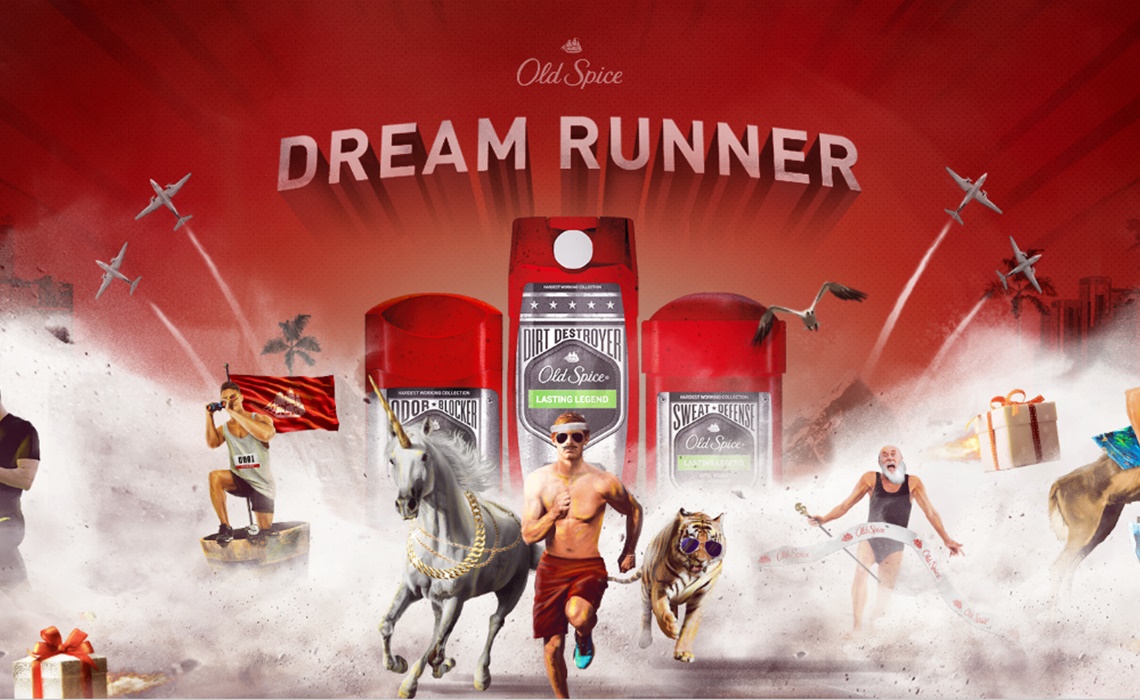 There’s a fun new trend that involves running in patterns shaped like objects in the eyes of your GPS, and Old Spice, which always seems to keep tabs on the Internet’s latest fads, has invited YouTube stars and their fans to join the fun. It enlisted the Rooster Teeth, Smosh Games, Logan Paul, Kevin La Sean, and several other digital influencers to promote its Dream Runner campaign, which offers prizes to joggers who shape their routes as specific items.

Athletic sorts can get in on the Dream Runner fun by using a mobile device to access a website set up by Old Spice. Each day, the site will offer up a prize for runners who can jog a route shaped like the object Old Spice is giving away. On May 23rd, for example, one jogger earned an encyclopedia set. On the day of this post, a fancy watch is up for grabs. The campaign will conclude on May 27th will an adult tricycle giveaway.

The digital media stars who participated in the promotion of Dream Runner each put their own twists on the campaign’s theme. Prankster Andrew Hales of LAHWF, for example, ran a heart-shaped route as he “searched for love” on the beach; FaZe Apex paid homage to his gaming skills by sketching out a controller; and Ronnie Street Stunts used parkour to cut his shoe-shaped path.

The Dream Runner campaign continues Old Spice’s work as an innovative brand in the digital video space. The company’s most famous ad, “The Man Your Man Could Smell Like,” has more than 52 million views on YouTube.