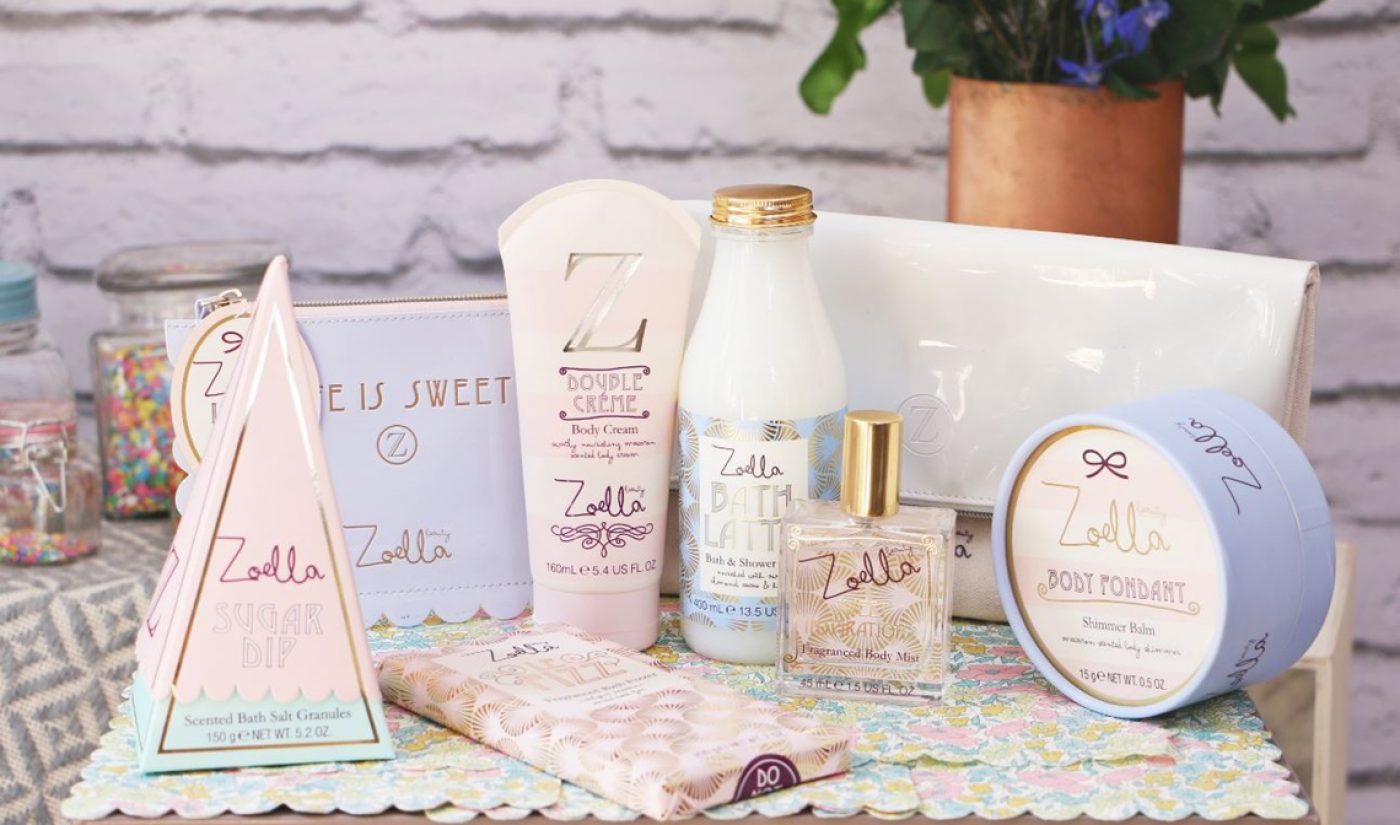 Zoe Sugg has unveiled a new collection within her enormously successful two-year-old bath and body brand, Zoella Beauty, which she creates alongside British manufacturer SLG. Dubbed Sweet Inspirations, the latest collection — which has been in the works for over a year, Sugg says — is inspired by macarons and sweet almonds.

The collection represents Zoella Beauty’s third since its founding, and will comprise a body mist, body cream, bath and shower milk, a fragranced bath fizzer, bath salts, a shimmer balm, and several cosmetics pouches, ranging in price from roughly $7.00 to $17.00. Packaging takes its design inspirations from the 1920s and French pastry shops, according to Sugg. The collection debuts this Friday at UK retailers Feel Unique and Superdrug.

At the same time, Zoella Beauty has announced an international push. The products are now available in Spain, Canada, and the United Arab Emirates, and are slated to debut “soon” in the United States at Tilly’s as well as Aerie, an intimate apparel sub-brand of American Eagle.

Sugg announced her original bath and body collection in 2014, which she followed up with a Tutti Fruty range in 2015, as well as several limited edition Christmas products over the holidays. “I can’t even tell you what it feels like to own a beauty brand,” Sugg said in a video unveiling the latest launches. “It’s one of those things that I work on that I wake up every day and I’m excited to do.”

The collection arrives on the heels of some rather sobering news for the wildly popular vlogger, who counts roughly 15 million subscribers between her two YouTube channels. A 20-year-old predator who took advantage of nearly 30 young girls by posing as Sugg online has been sentenced to eight years in jail. “This is why you must be SO careful who you speak to online,” Sugg recently tweeted in response to the news. “Please be safe guys.”