Stay-At-Home Mom’s Chewbacca Video Gets 136 Million Views, Most Ever On Facebook Live 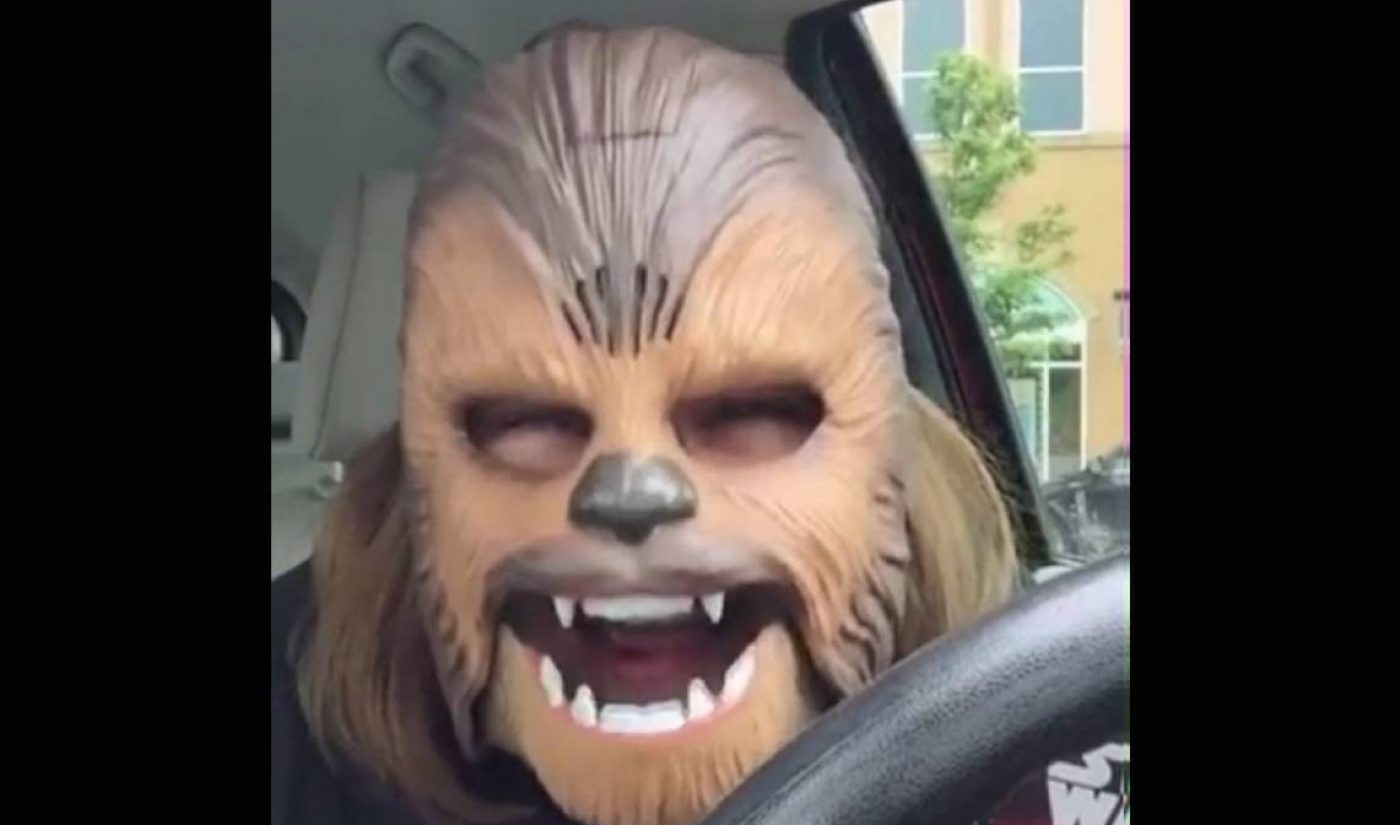 BuzzFeed exploding watermelons is so last month. The new most-watched Facebook Live video of all time is not the product of an entertainment and news brand with an ingenious content production and distribution strategy, but rather comes from a proud wife, stay-at-home mother-of-two, and denizen of Grand Prairie, Texas who’s in possession of no prior internet cred and no other production and distribution mechanisms than a phone, an internet connection, and a Facebook account.

Candace Payne broadcast “It’s the simple joys in life…” on May 19, 2016 from inside her car for four minutes and two seconds to what she thought was her regular Facebook social circle. Payne used the social networks’ live streaming feature and was was explicit with her excitement over the gift she just bought from Kohl’s for her son. It’s an electronic Chewbacca mask that kinda looks like a very well-designed Snapchat (or Facebook?) filter. It bellows in Wookie every time the wearer opens his or her mouth. And, by all accounts, it’s awesome. That’s evidenced by the fact Payne can’t help but smile when she’s talking about it and can’t help but laugh a laugh that’s right up there with the best laughs of all the internet when she wears it. Check it out:

Payne’s display of of genuine, infectious, dance-like-nobody’s-watching excitement quickly spread beyond her Facebook friends. In four days the video’s amassed over 136 million views and 3.1 million shares. It’s also gotten Payne and her family a sick spread of toys from Kohl’s, an appearance on Good Morning America replete with more gifts from Hasbro (the company behind the Chewbacca mask), and a lot of positive vibes as she’s been able to bring a little bit of joy into the lives of individuals from all around the world.

Payne’s surely been able to bring some joy to the powers that be at Facebook, too. As the established social media network looks to become a major player in the online video space, the prevalence of wide-ranging success stories – from BuzzFeed’s watermelon hijinks to Chewbacca Mom – will certainly help in showing other brands, celebrities, and regular old users the power, potential, and ease of use of Facebook’s video features. Expect a lot more items in your news feed to feature viral phenomena that got their start on Facebook in the very near future.