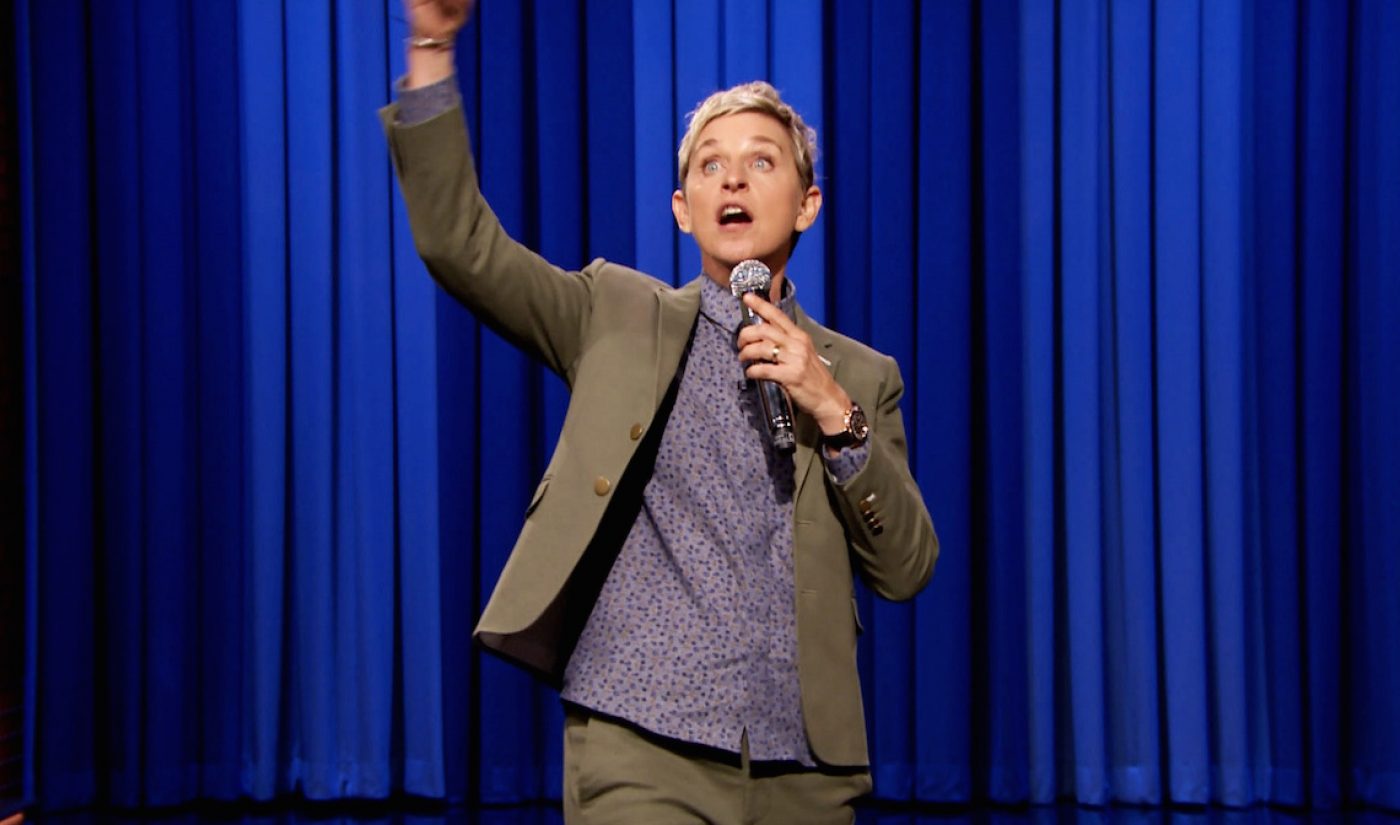 Ellen DeGeneres, who affirmed her digital prowess when she inked a development deal with YouTube star Tyler Oakley earlier this month and curated a playlist of her favorite viral videos for the YouTube Kids app, has just ticked off another buzzy box: her very first 360-degree video.

The clip, which is available on YouTube and Facebook, has clocked roughly one million views since its debut on Tuesday. “I don’t know how it works — I think it’s the work of the devil — but it’s really impressive,” DeGeneres joked of the technology.

Sponsored by Liberty Mutual, the clips features five stories happening simultaneously as DeGeneres invites some of her favorite guests back to the show to thank them for a successful season, including Brielle from She’s Brielle-iant, Nick the Gardener, Noah Ritter (the “apparently” kid), Andy Zenor, and Robby Johnson.