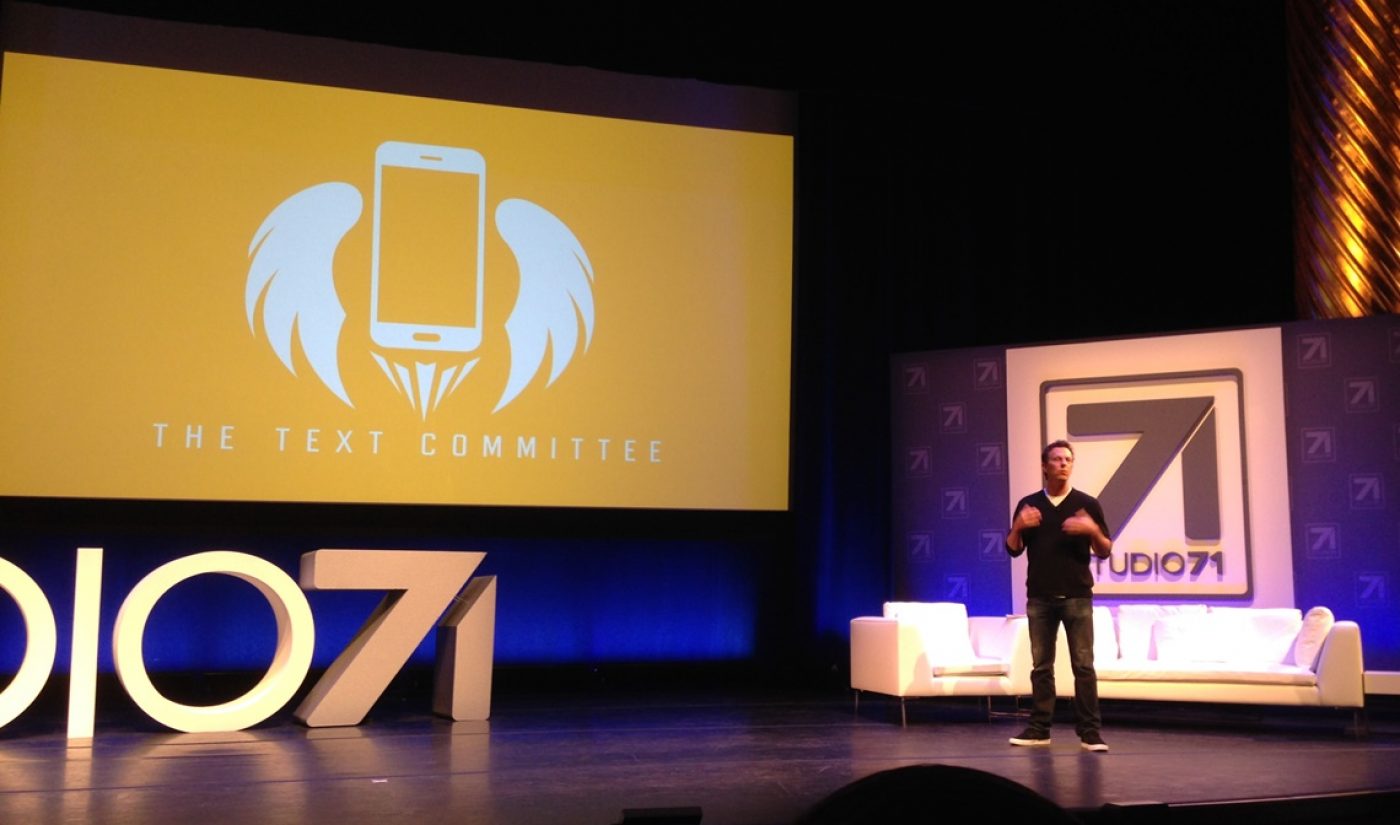 Studio71, which in January 2016 merged with fellow digital network Collective Digital Studios, works with some of the Internet’s most popular content creators. At its NewFronts event, it gave one of its newest partners, Flula Borg, a chance to show off his oddball personality before its execs took the stage to dazzle attendees with impressive statistics. According to Studio71 CEO Reza Izad, the network’s 1,200 partner channels deliver five billion views per month and make up 18% of YouTube’s coveted Google Preferred lineup.

The new programs in Studio71’s slate will give some of those partner channels a chance to build on the success they have achieved so far. Santoro, known for his educational lists, will search through the depths of Reddit to find impressive crafts projects for his series Coolest Thing I’ve Ever Made; Espinosa, who has more than a billion loops on Vine, will lead a show called Text Committee that will highlight common social media faux pas; and Family Fun Pack, which presents its eight-person clan to more 2.4 million subscribers, will go inside a typical 24-hour period with Family Fun Day. A fourth show shared at NewFronts, Rhett & Link’s Good Mythical Crew, has already premiered:

Other initiatives discussed during Studio71’s presentation include a new Lilly Singh-branded lipstick shade from Smashbox Cosmetics, upcoming feature films like Espinosa’s Be Somebody, and the Creators Insights Platform, which gathered data from 291,000 respondents in order to better understand the habits of online video viewers. Beyond those ventures, Studio71 teased several more short- and long-form projects, which it will announce in coming months.