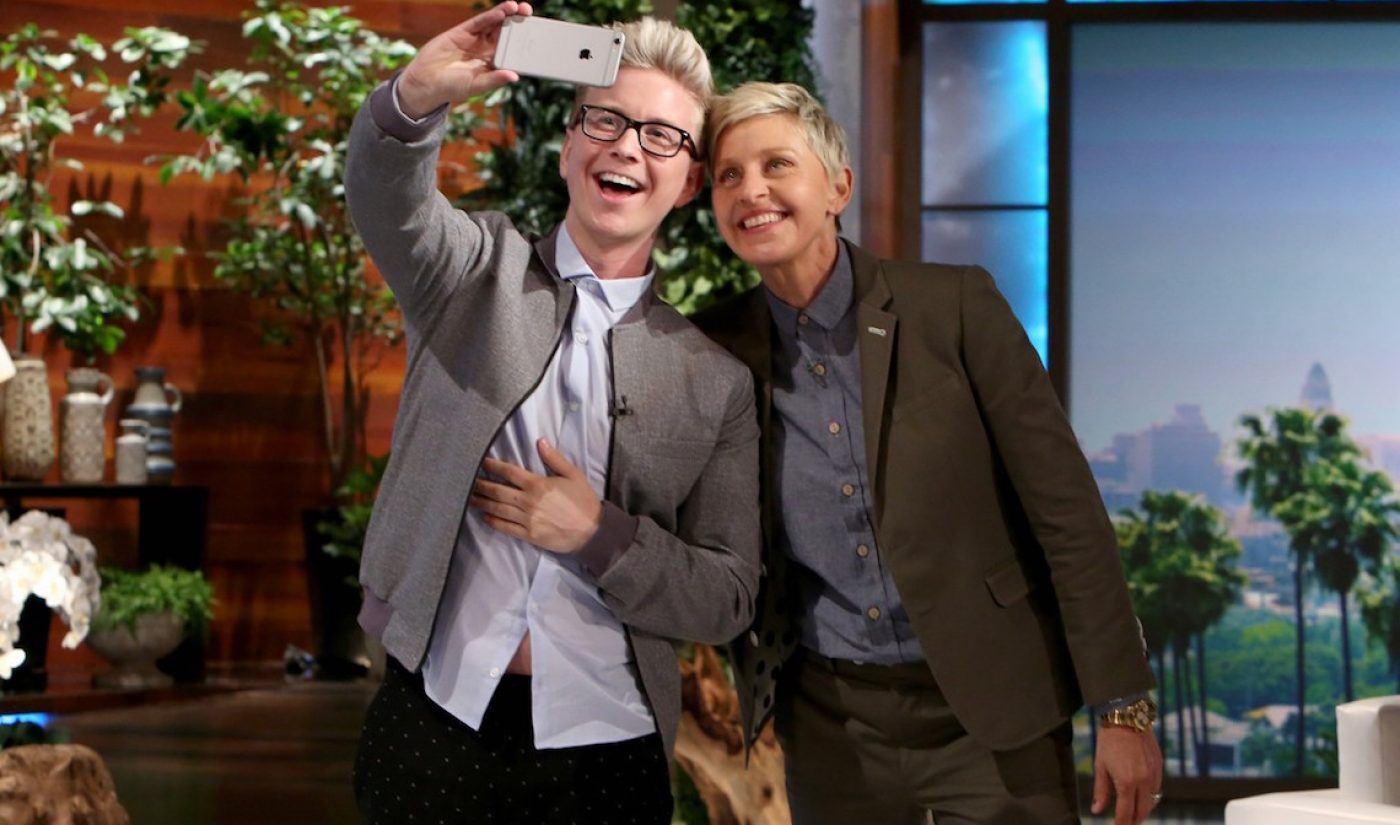 Well, DeGeneres didn’t make them. She was in LA filming her eponymous, nationally syndicated, very well-rated daytime talk show. Jill Braff made most of the announcements instead. She’s General Manager of Ellen Digital Ventures (aka EDV). For the uninitiated, EDV is the self-described “business initiative” created by DeGeneres and the Warner Bros. Television Group under the banner of which resides DeGeneres’ video destination ellentube and the TV host’s growing number of incredibly successful mobile applications (Heads Up! for instance, has been downloaded more than 24 million times to date).

Braff handled the small crowd of advertisers and other industry executives with aplomb as she announced something EDV has never announced before. A programming slate.

Said new programming slate is part of the also new Ellen Digital Network (which itself now also resides under the banner of EDV). The network is meant to “create a robust, premium cross-platform advertising and integration opportunity for brands to associate with the compelling and engaging original content Ellen produces” across DeGeneres’ YouTube channel (where she receives more than 300 million views per month from over 15.9 million subscribers), show website at EllenTV.com, ellentube, aforementioned mobile applications, and crazy popular social media channels (like Twitter where she has more than 59.2 million followers and Instagram where she has over 28.6 million).

Okay. Now that we’ve gotten the context out of the way, let’s move onto the content. The most exciting aspect of Ellen Digital Network’s programming slate is its development deal with Tyler Oakley. The social media superstar who first appeared on The Ellen DeGeneres Show back in May 21, 2015 and is in possession of more than 8 million YouTube subscribers, 5.2 million Twitter followers, and 6.2 million Instagram followers is set to collaborate with DeGeneres “on a range of digital projects with an aim toward developing projects for television as well.”

Further details on the Oakley collaboration are scarce, but it’s also only one of seven or so projects that compose Ellen Digital Network’s freshman slate. The rest of the programming is rounded out by a series featuring the native Twitter viral video phenom Damn Daniel, an animated show about Portia de Rossi’s pets, the user-generated program #MadeByYou, the original series about a 4-year-old “whiz kid” named Brielle, a previously announced dancing showdown, and a digital offshoot of one of Ellen’s favorite games Epic or Fail.

“I’m so excited for the Ellen Digital Network,” said DeGeneres in the press announcement. “I’ll get to showcase amazing talents like Tyler Oakley and tWitch. Plus, I’ll finally prove to the world that my pets can speak in human voices.”

And here’s the entire slate, from the release: