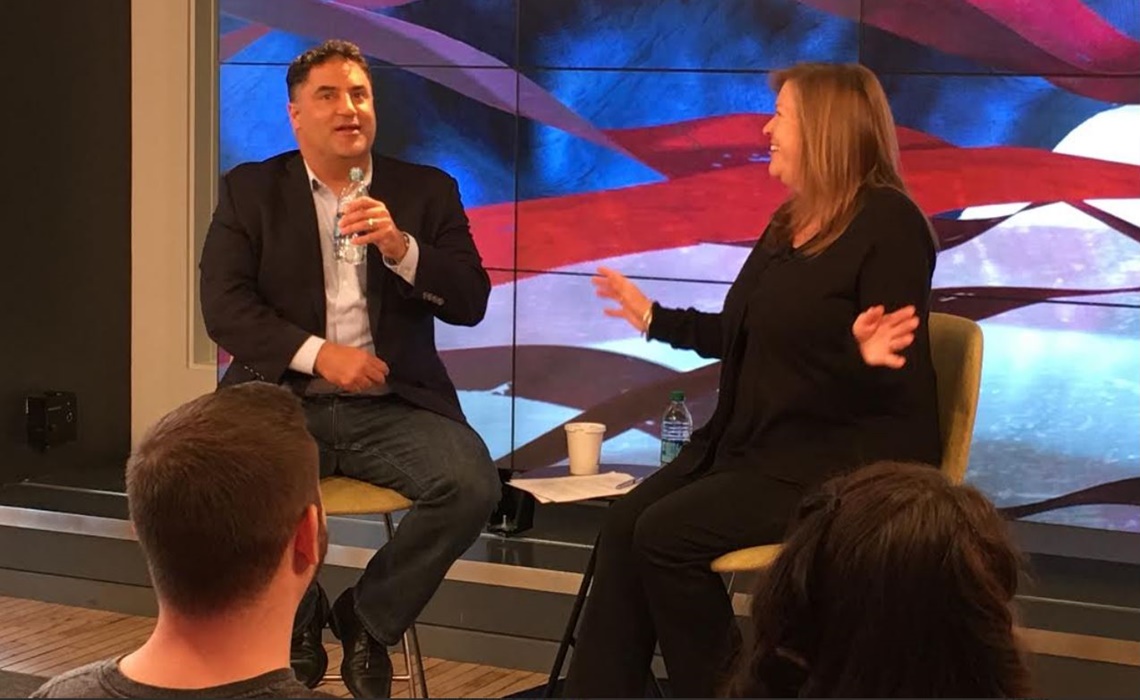 As next Tuesday’s presidential primaries heat up in New York, Jane Sanders, the wife of Democratic candidate Bernie Sanders, made a rather telling stop on the campaign trail yesterday afternoon: at the YouTube Space in New York City.

Ms. Sanders, 65, the former president of Goddard and Burlington Colleges in Vermont — who met her husband when he was running for mayor of Burlington, Vt. — swung by YouTube’s east coast creator headquarters for a one-on-one interview with Cenk Uygur, host and co-founder of politically progressive digital news empire The Young Turks.

Ms. Sanders’ appearance served not only as a testament to the growing influence of YouTube and other digital platforms on the map of modern politics, but also as a nod to Mr. Sanders’ particular resonance with young, digital-savvy voters. (Among voters aged 18 to 29, for instance, the 74-year-old candidate has swept roughly 80 percent of the vote in several recent contests.)

And in many ways, Ms. Sanders says, traditional media outlets have failed to take her husband’s candidacy seriously until recently. Last year, Mr. Sanders received about 10 minutes of airtime on ABC. But honing an online presence, Ms. Sanders says, “has been a phenomenal tool for us” in terms of invigorating and engaging millennials.

Last month, Mr. Sanders sat down for an interview with Uygur that, for the first time, The Young Turks livestreamed concurrently on YouTube and Facebook, garnering a total of 2.4 million views. The network has seen viewership skyrocket this election cycle, Uygur tells Tubefilter, especially as it has opened the floodgates to other platforms. The Young Turks clocked 215 million YouTube views in March — more than double its 100 million average in months prior. Seventy-five percent of this audience is male, says Uygur, 75% is under age 35, and 80% are college educated. Uygur suspects that on Facebook, viewers are slightly older and that the gender ratio is more proportionate. 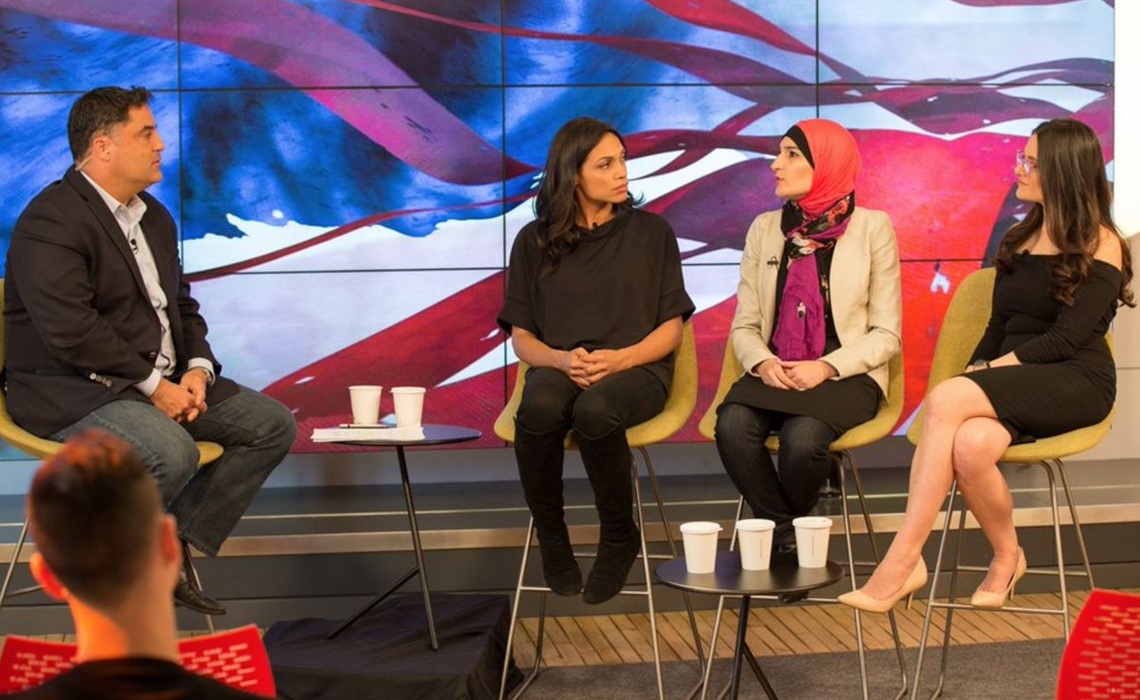 After his interview with Ms. Sanders yesterday, Uygur sat down with another high-profile figure within the Sanders campaign: Rosario Dawson. Dawson, who is now introducing Mr. Sanders at rallies across the country, said she threw her support behind the candidate to amplify a message that wasn’t getting the “credence or credit that it should” in the mainstream media.

To this end, Sanders supporters recently staged an #OccupyCNN event in Los Angeles to boycott the network’s biased coverage, Dawson noted. However, she said she was encouraged by a new generation of voters who don’t want cable news sound bites and are instead seeking information out for themselves online. The Sanders campaign is reaching out to future generations “who are watching virtual reality,” she said, “not watching the news.”

Still, Uygur says, candidates need to do more to get in front of these eyeballs. In terms of political ad spend, “There’s a big shift over to digital happening as we speak,” he says, “but it should be even larger.” The lion’s share of funds — as allocated by the older strategists who run most campaigns — go toward multimillion dollar TV spots that no one is watching (in lieu of highly targeted digital ads.)

In Uygur’s eyes, however, it takes a certain kind of candidate to truly thrive on social media because of the premium the medium places on authenticity. While television networks will lob softballs in exchange for access, Uygur says, YouTube viewers have a more finely tuned barometer for phoniness. So how are the strategies of other candidates — such as Hillary Clinton, Donald Trump, and Ted Cruz — stacking up on social thus far? “Bernie Sanders should use social media more,” Uygur says, “and the rest of them probably shouldn’t.”