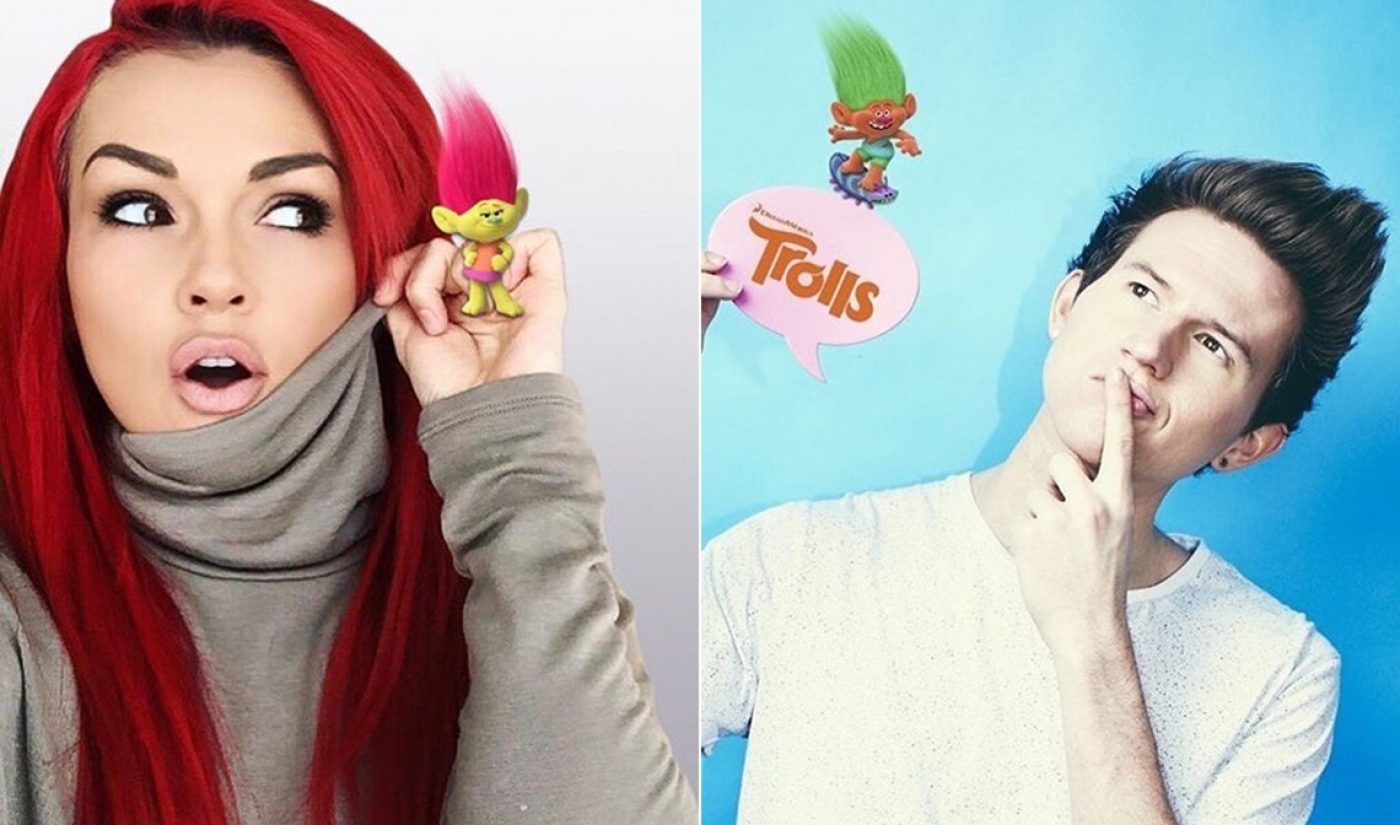 Two top YouTube stars will lend their voices to an upcoming animated movie. Beauty guru Kandee Johnson and vlogger Ricky Dillon have joined the cast of Trolls, which will be produced by DreamWorks Animation.

Trolls will bring troll dolls, which have experienced multiple periods of popular appeal since their first production in the 1950s, to the big screen. The film’s voice cast will be an eclectic group that will include Hollywood celebrities Justin Timberlake and Anna Kendrick, musicians Gwen Stefani and Icona Pop, late night TV host James Corden, and at least four YouTube stars. Beyond Johnson and Dillon, online video creators GloZell Green and Meg DeAngelis will have their own roles in the movie, as announced back in January.

“This is my first time voice acting and I had a blast,” wrote Dillon, whose hair kind of resembles that of a troll doll, on Tumblr. “I only have a few lines but I’m beyond pumped!” Added Johnson in an Instagram post that featured 18 exclamation points, “A dream has come true!!!”

DreamWorks has strong ties to the YouTube community thanks to DreamWorksTV, a channel that has more than one million subscribers. The animation studio also owns AwesomenessTV, a major digital network aimed at teens and tweens, thanks to a 2013 acquisition. Both Dillon and DeAngelis are partnered with AwesomenessTV on YouTube.

For the creators involved in Trolls, the chance to appear in a wide release feature film represents a strong career opportunity. On the other side of the coin, DreamWorks can generate strong publicity for its movie by handing a few lines to influential digital media personalities. It’s a win win — and I wouldn’t be surprised to see other animation studios employ the same tactic in the near future.

Trolls will arrive in theaters on November 4th, 2016.