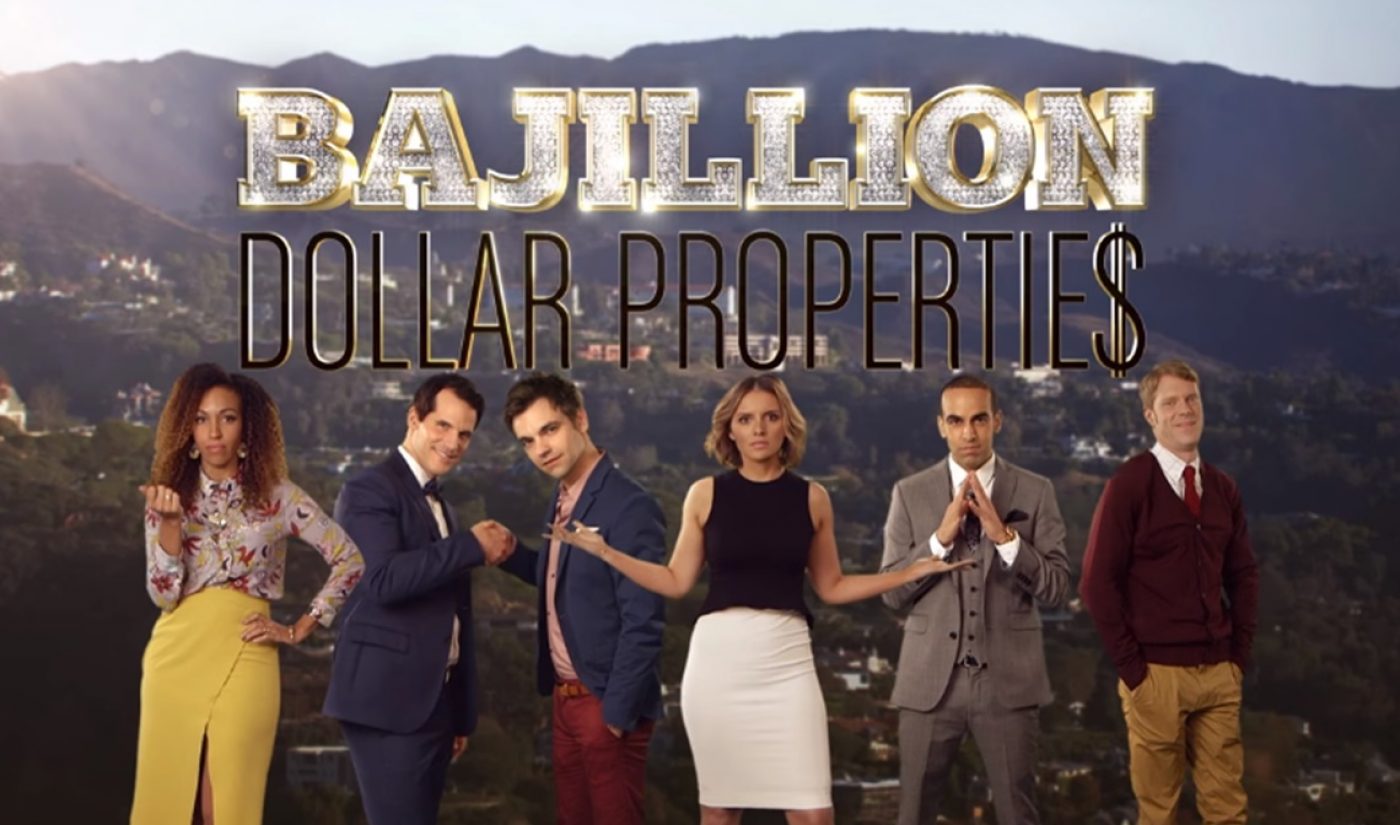 NBCUniversal’s Seeso platform, which launched at the beginning of 2016, is looking to attract subscribers with a strong lineup of NBC shows, comedy specials, and original programs. One part of the comedy service’s slate is Bajillion Dollar Propertie$, a reality TV spoof that has now been renewed for a second season.

Bajillion Dollar Propertie$ follows a group of Los Angeles-area real estate agents who constantly look to one-up each other with open house shenanigans and ridiculous pitches. The show’s first season premiered in March, and the strong reviews it received should be no surprise to anyone familiar with the previous work of its producer. Paramount Digital, the studio behind Bajillion Dollar Propertie$, has a strong track with its digital video spoofs of reality television — including Burning Love, Hotwives, and Beef.

According to a press release, Bajillion Dollar Propertie$ is the first Seeso original series to be renewed for a second season. “I’m thrilled at the opportunity to continue making Bajillion Dollar Propertie$ and look forward to thinking of new ways our group of lovable a-holes can be even bigger a-holes the second time around,” said Kulap Vilaysack, the show’s creator and executive producer, in the release.

The second season, which will feature guest appearances from the likes of Casey Wilson, Jack McBrayer, and Patton Oswalt, will arrive in the fall. In the meantime, weekly episodes of the first season will continue to arrive until the finale hits Seeso on April 28th. If you’re interested in watching, you’ll need to purchase a subscription, which will run you $3.99 per month.