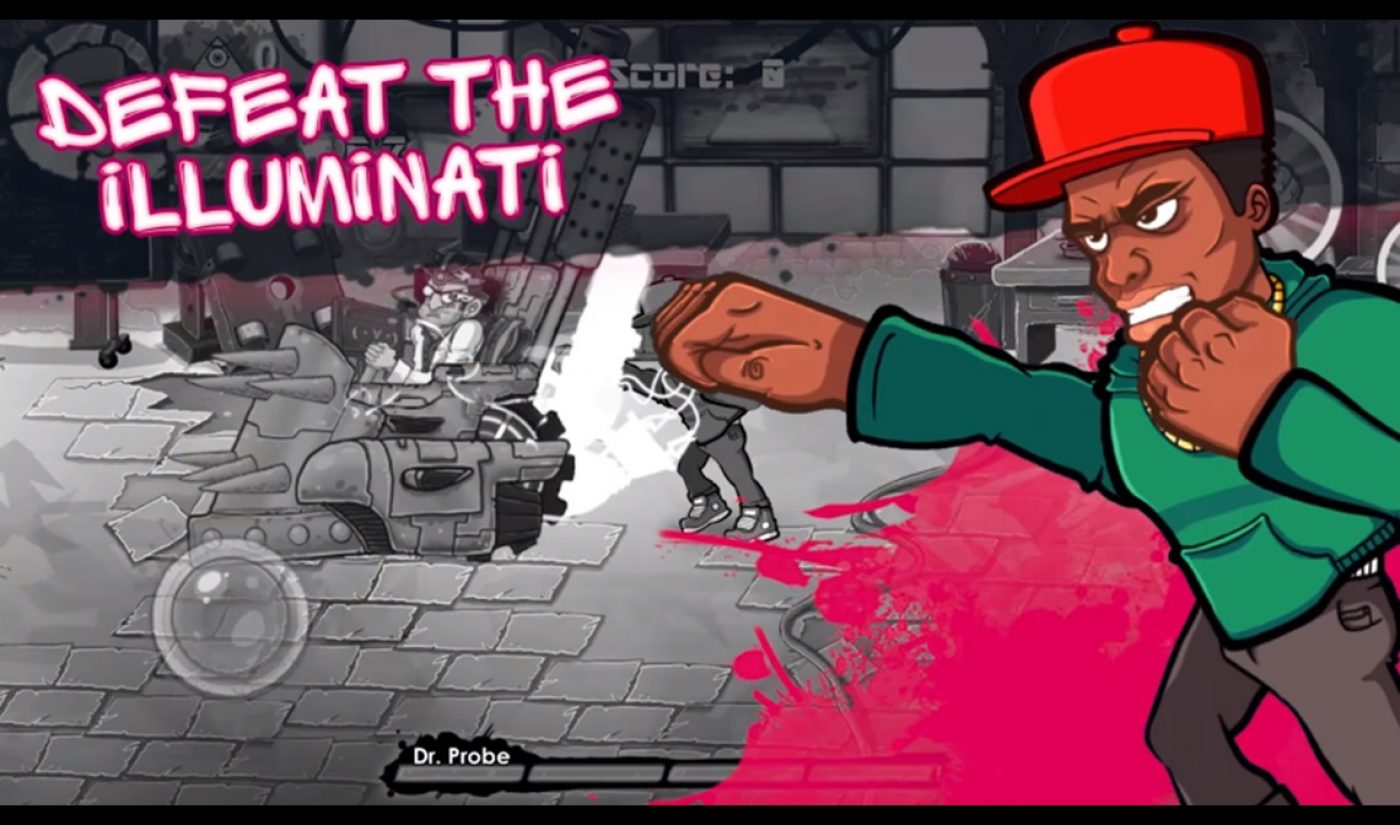 Olajide Olatunji, the YouTube star known by the nom de plume KSI, is set to roll out another offline venture. The boisterous Brit, who has already offered his fans a book and a feature film, will be the figure at the center of KSI Unleashed, a mobile game that Endemol Shine Group will officially release during the summer.

In KSI Unleashed, the titular star will do battle with the Illuminati, in hopes of winning a gift card that will allow him to eat free chicken for life. The game will feature 2D, side-scrolling, “beat-em-up”-style action, and will be available on both iOS and Android. A beta version of the game is currently available through Google Play, and many of KSI’s fans have already downloaded it and tried it out.

“I’m so excited to be launching my first ever game app,” said KSI in a press release. “The game is sick and people will love playing it!”

KSI Unleashed is one part of a big off-YouTube push from KSI, who has directed his legion of more than 12.3 million subscribers to a number of projects. He co-starred alongside Caspar Lee in a feature film called Laid in America, and his book sold well in both the US and UK shortly after its September 2015 release. He also appeared as a character in another mobile game, Celebrity Street Fight, which allowed its users to play as several different YouTube stars.

More details about KSI Unleashed will be revealed as the game near its as-of-yet undetermined summertime release date. For updates, check out the blog run by the game’s development team.