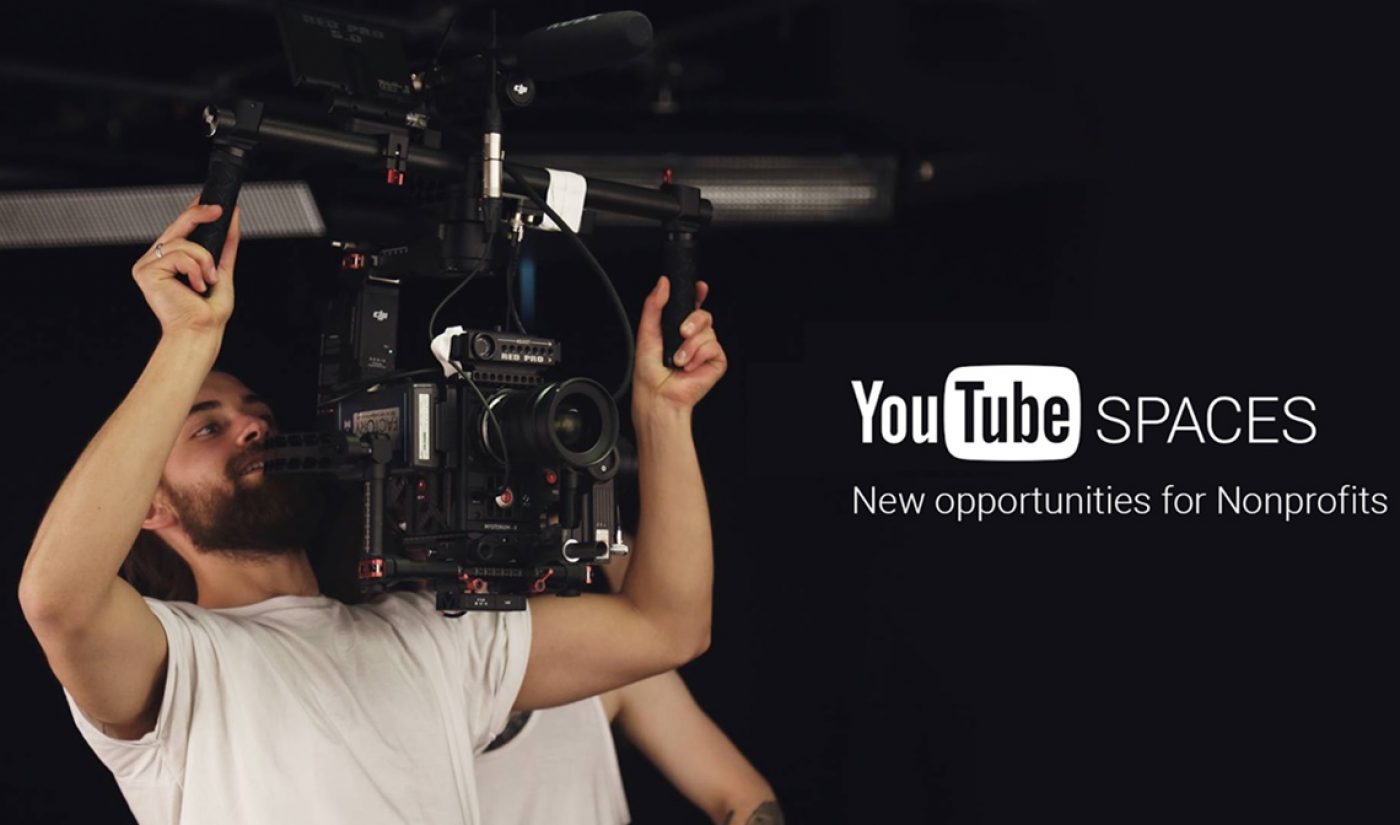 YouTube, beyond its function as an entertainment medium, has also emerged as a platform for social good, on which influential creators can spread just messages. In order to facilitate the production of those videos, YouTube has announced that nonprofits will now be able to use its worldwide production spaces at no cost.

Eight YouTube Spaces are currently open in metropolises around the world, with several other planned facilities — most notably an upcoming one in Rio de Janeiro — expected to open in the future. At these Spaces, YouTube creators can meet, convene, attend workshops, and make use of production stages, equipment, and editing bays. The nonprofits who join forces with YouTube will be able to take advantage of all those perks free of charge. The only requirements for participants is that they have at least 1,000 subscribers and meet the eligibility guidelines laid out by Google for Nonprofits.

“We know that having a physical space to do your work matters, but it’s not just about where you work — it’s about what you create there,” reads a YouTube blog post introducing the initiative. “So today, we’re announcing special access to YouTube Spaces, YouTube’s global network of production studios, for eligible nonprofits to learn, connect, and create great content for YouTube.”

YouTube’s initiative builds on the work of several independent companies that have sought to make the world’s top video site a more welcome place for nonprofits. Good Amplified, a multi-channel network catered to nonprofit partners, launched in 2015. A couple weeks later, Reelio announced Reelio Cares, a services that matches nonprofits with creators who can spread their messages to the masses.

With YouTube’s efforts, nonprofits who wish to reach online video viewers now have an expanded suite of resources at their disposal. To apply to join the Google for Nonprofits program, click here.