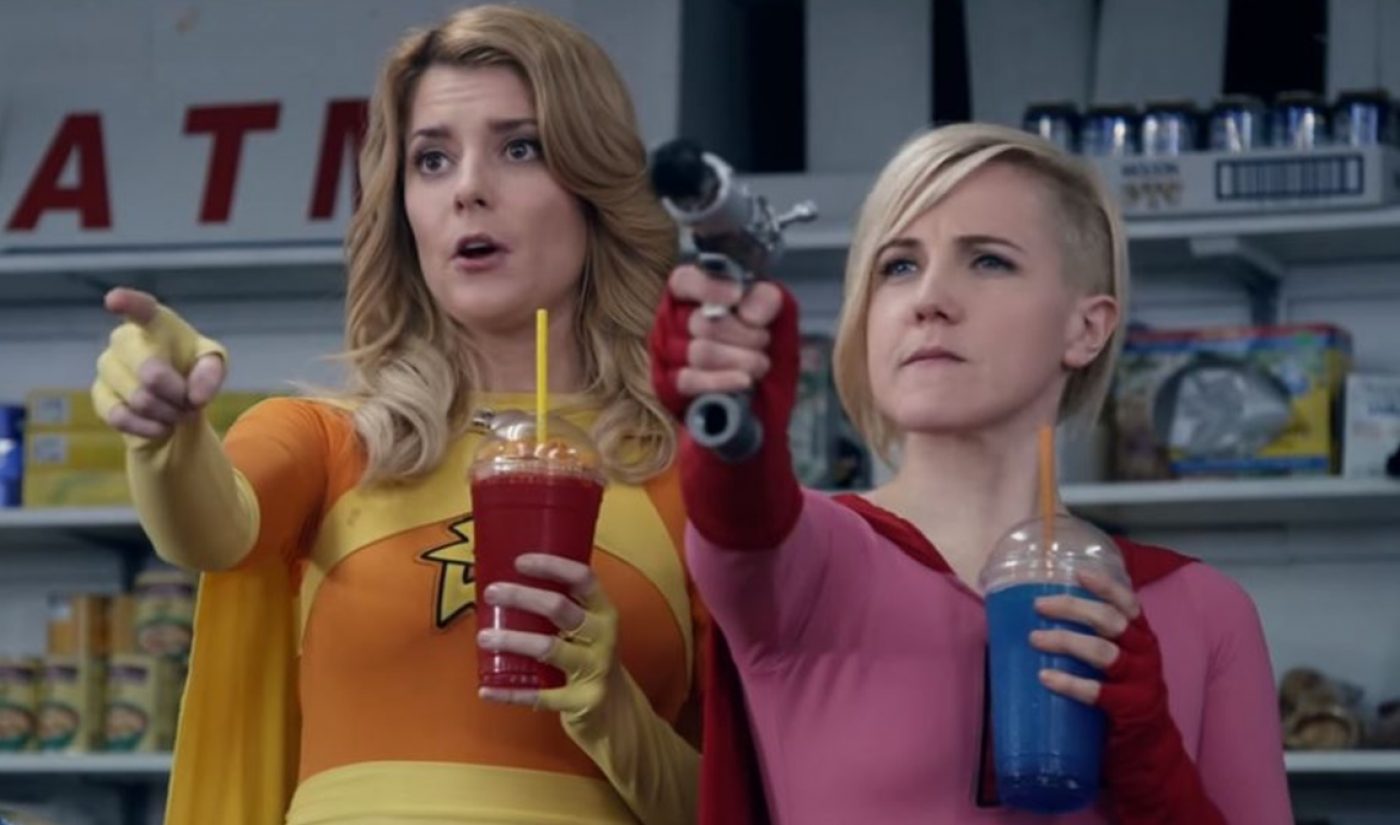 Following months of anticipation, Grace Helbig and Hannah Hart have dropped the trailer for their feature-length reboot of Electra Woman & Dyna Girl — the famed 70s TV show created by Sid and Marty Krofft.

Arriving on all major digital platforms on June 7, Helbig also teased that U.S. fans would be able to watch an early screening of the digital series on Fullscreen — likely in reference to its forthcoming SVOD platform — with more info to com, she said. The project, care of Legendary Pictures and Fullscreen, tells the story of a superhero duo who leave Ohio for Los Angeles in hopes of finding bigger crimefighting prospects. Growing notoriety, however, puts their partnership on ice.

Check out a sneak peak below: