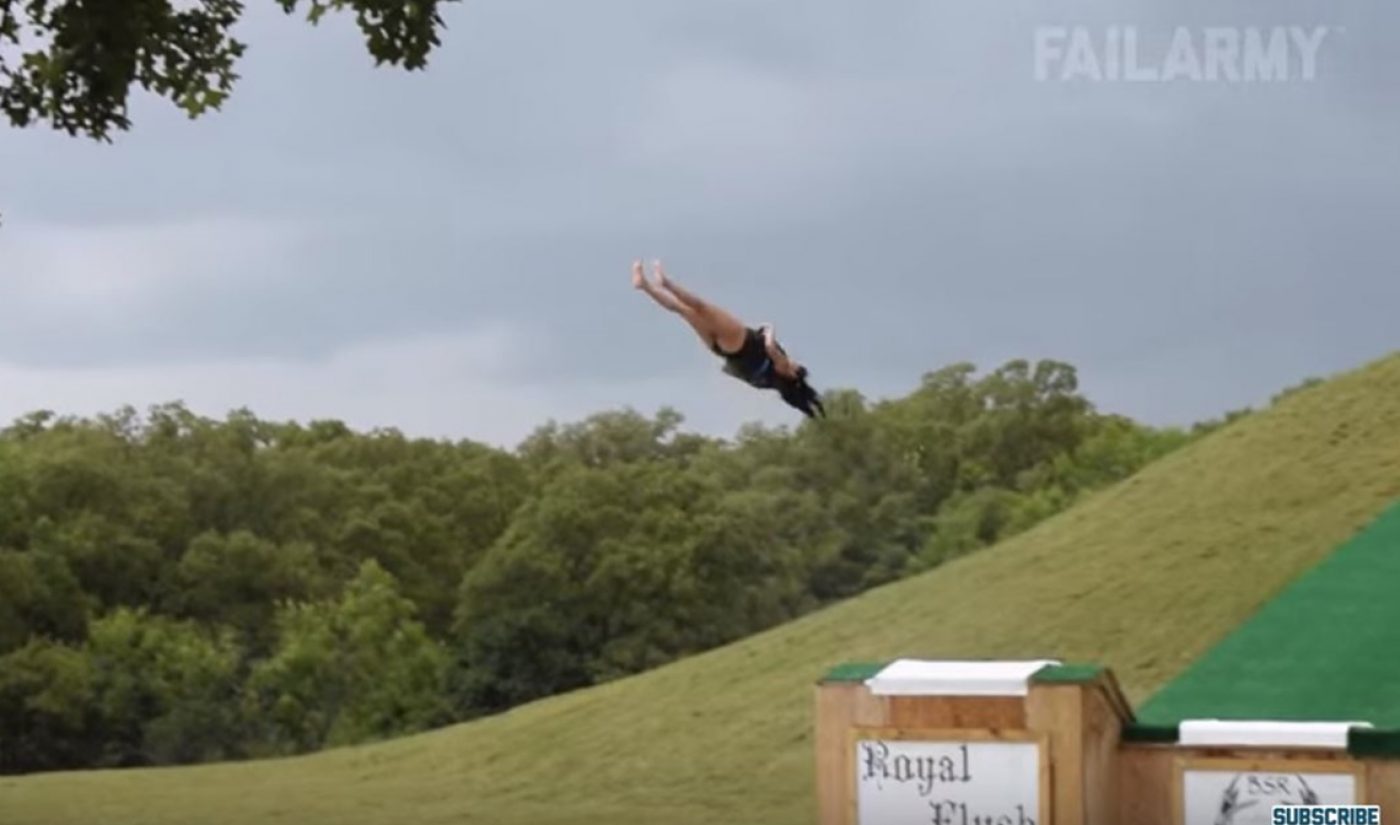 The popular channel is the latest to join YouTube’s coveted circle of Diamond Play Button holders (of which there are currently less than 50, including PewDiePie, HolaSoyGerman, and Smosh).

The FailArmy channel was created in 2011 and releases themed compilations of the web’s greatest fails (Pool Fails, Wedding Fails, and Cats Being Jerks, for instance), twice each week. To date, these videos have amassed 2.5 billion views, and roughly 1,000 fans submit their own fails every week to the channel in hopes of being included.

“Beyond the fact that it’s human nature to want to watch the fails and mishaps of others — it elicits empathy within us — FailArmy performs so well globally because it’s language agnostic,” said Jonathan Skogmo, founder and CEO of user-generated entertainment company Jukin Media, which owns and operates the channel. “An ouch is an ouch in any language.”

To mark the occasion, FailArmy has — what else? — compiled a handful of its greatest hits to fill the Internet’s seemingly insatiable desire for bloopers and blunders. It’s sure to make you laugh (and cringe) below:

In addition to its YouTube channel, FailArmy has quickly evolved into a global, multiplatform brand, with an unscripted television series on Fox entitled World’s Funniest Fails as well as an international series, also titled FailArmy, which is available in 221 markets. The channel’s content is also distributed via go90 and Vessel, and a mobile app created alongside Victorious boasts more than 250,000 users.