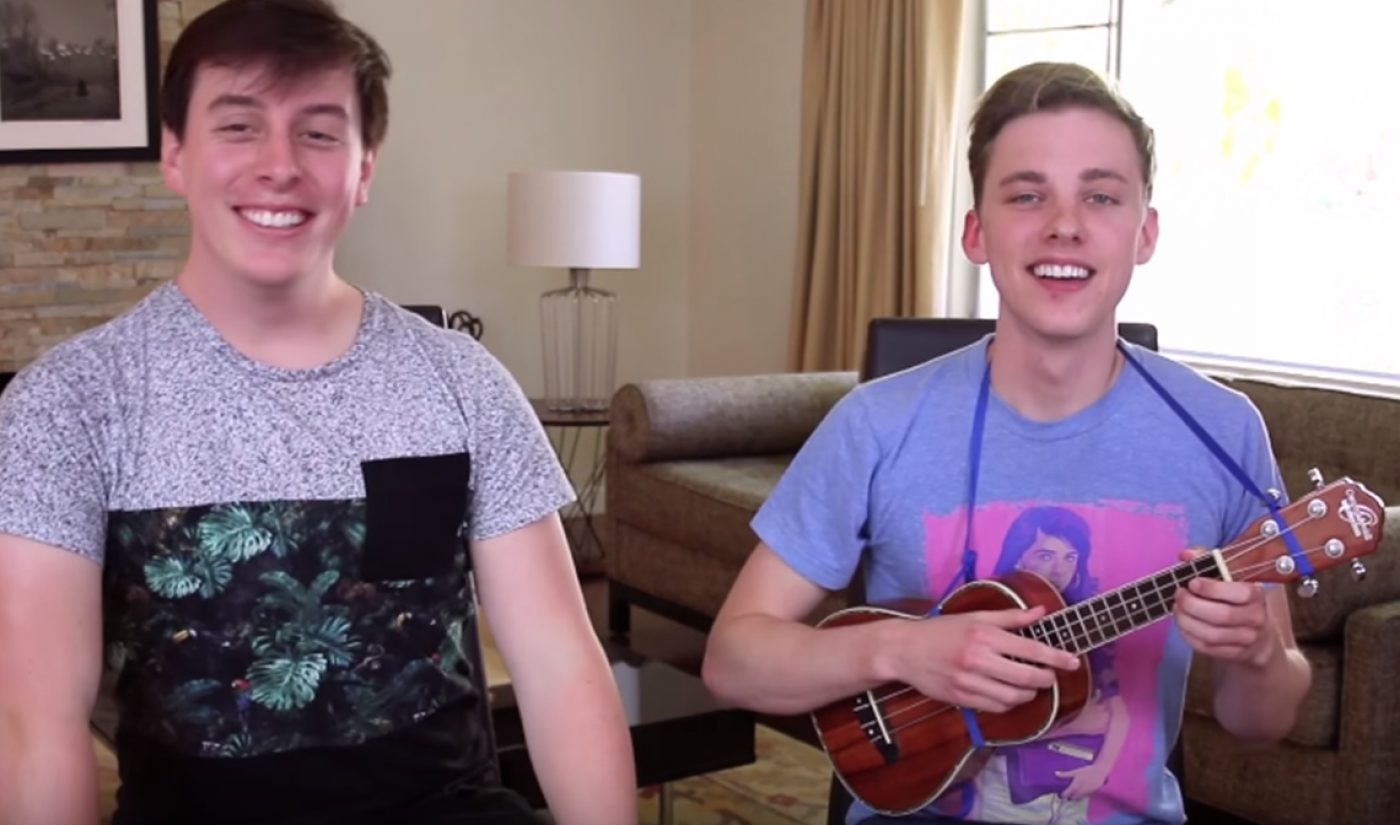 The communities of YouTube and Vine are increasingly intertwined, but a friendly rivalry still exists between the creators who make videos on each platform. The latest iteration of this online video competition features YouTube star Jon “Paint” Cozart and Vine star Thomas Sanders, who teamed up for a video called “Anything Vine Can Do, YouTube Does Better.”

In the video, Cozart and Sanders rewrite the lyrics to a classic showtune in order to dis each other’s platforms of choice. Cozart ribs Sanders for Vine’s gimmicky nature and the rigidness of its format, while Sanders shoots back by criticizing YouTube’s pesky ads and its increasingly corporate nature. By the end of the video, the two creators seem less interested in trading boasts and more interested in showing off their respective singing voices.

This isn’t the first time YouTubers and Viners have been pitted against one another in lyrical combat, but it is certainly the most melodious song ever written about the differences between popular online video platforms. Also, while comedy may be its first intention, the video’s arguments are salient, and Cozart and Sanders make clear the advantages and disadvantages of both services.

In the end, both creators can see each other’s points. After all, Cozart has a Vine channel (albeit a rarely-used one), and Sanders is active on YouTube. Clearly, there’s no bad blood here; just some good old-fashioned musical comedy.