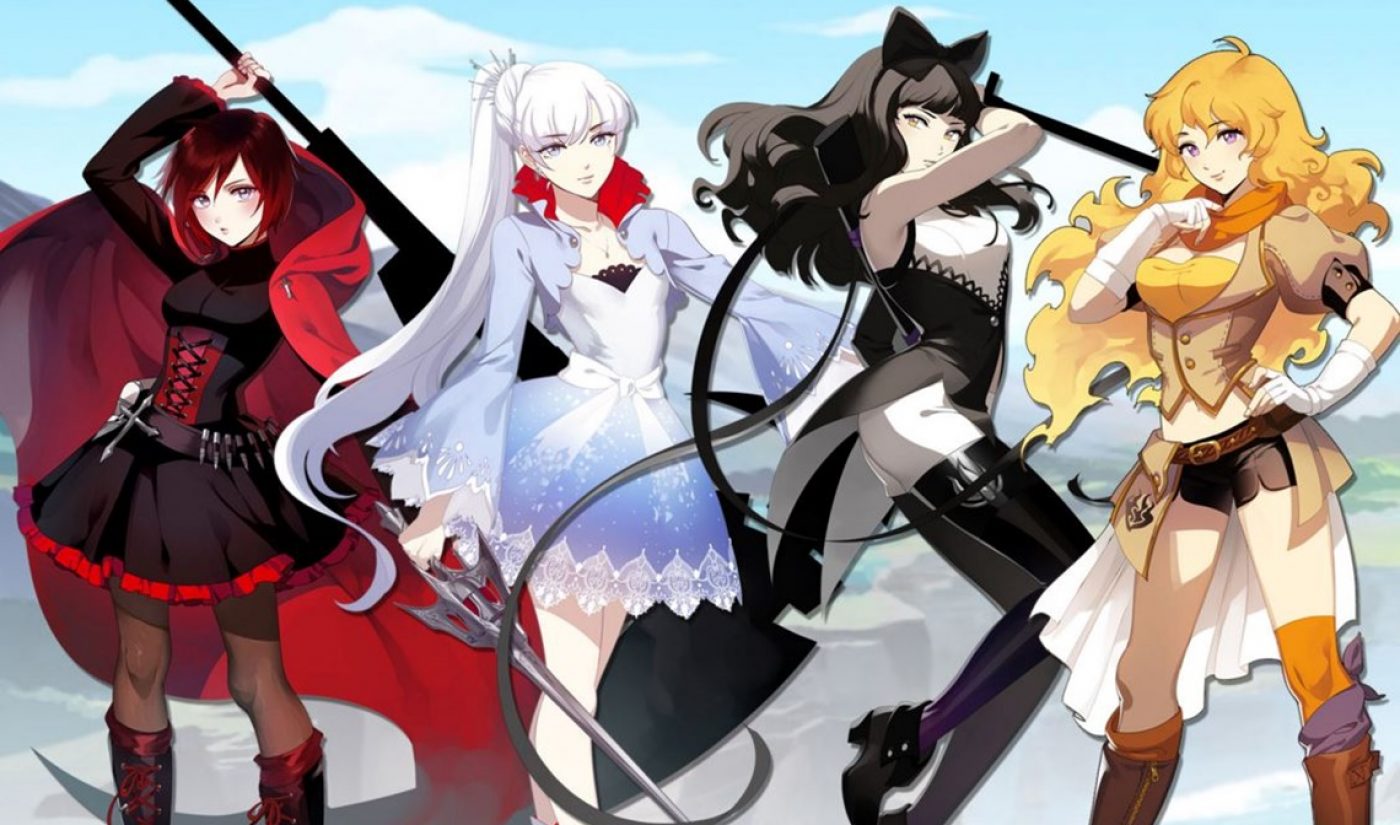 After a successful theatrical debut in which its first feature film, Lazer Team, passed $1 million in ticket pre-sales, production outfit Rooster Teeth is bringing another one of its popular series to movie theaters across the globe.

Beginning April 27, Fullscreen-owned Rooster Teeth will separately release each of the first three seasons (or, as it calls them, volumes) of anime series RWBY to cinemas. RWBY has been viewed hundreds of millions of times since its launch in 2013, according to Rooster Teeth, and became the first Western anime series to be imported into Japan in partnership with Warner Bros. Japan.

As with the release of Lazer Team, Rooster Teeth is working on the rollout with Tugg — a service that enables content owners to host screenings at local theaters and community venues.

RWBY tells the story of four girls, Ruby, Weiss, Blake, and Yang, who are students at the monster-slaying Beacon Academy. Screenings will take place in the U.S., Canada, the U.K., Ireland, Australia, and New Zealand. The first volume premieres next month, the second volume will launch in July, and the third volume will release in October on the heels of the debut of volume 4. Fans are encouraged to cosplay for the screenings, and ticket holders will receive discount codes for merch. Additional details and tickets are available at www.TeamRWBY.com.

“We are confident fans of ‘RWBY’ will gather in the same way [as Lazer Team] to experience the first three volumes of the popular web series on the big screen,” said Tugg CEO Nicolas Gonda in a statement.

Tugg, which was founded four years ago at SXSW, now counts a library of over 1,800 films and has hosted screenings in all 50 states. The company hosted 480 screenings for Lazer Team, which drove a total of $1.6 million in ticket sales.