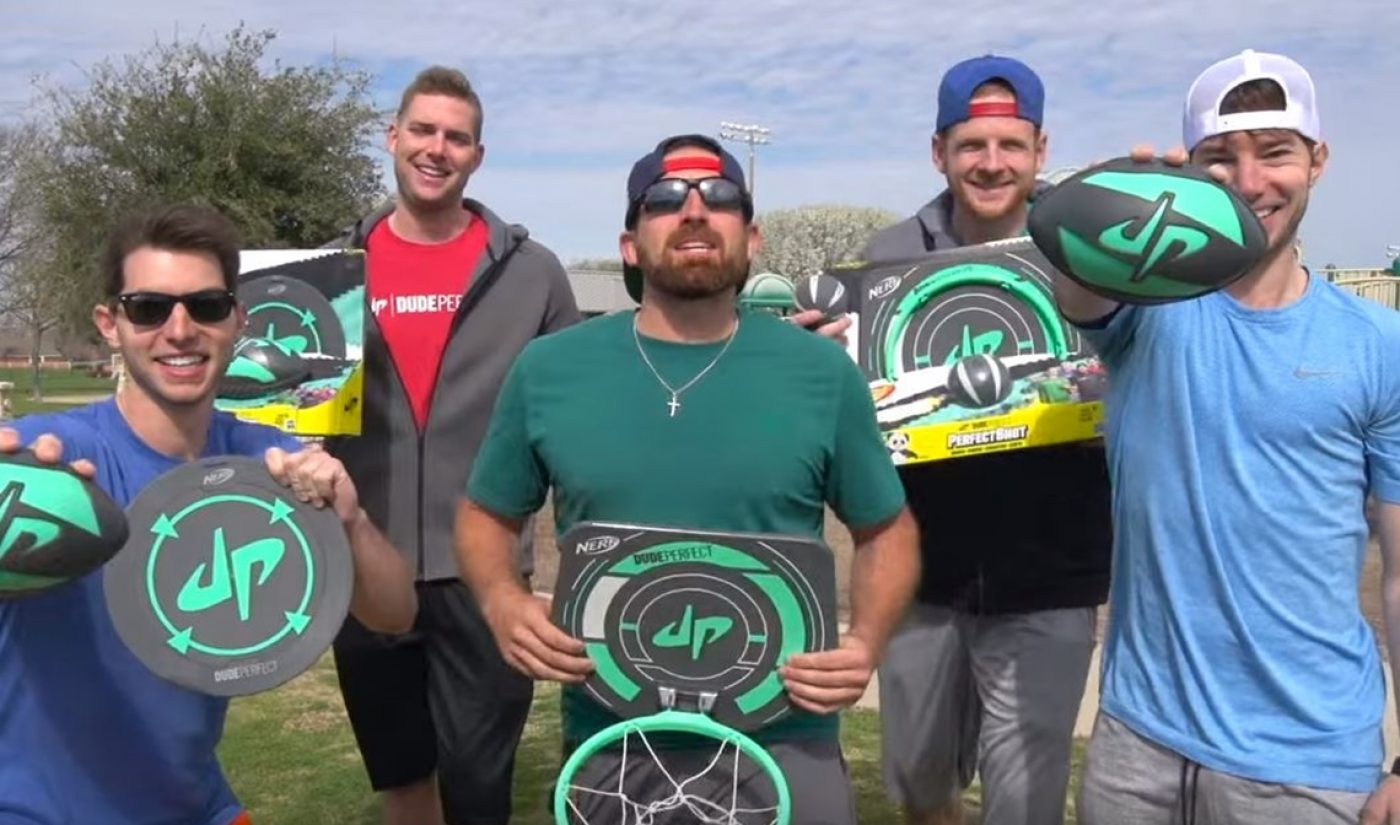 Hasbro-owned Nerf has tapped YouTube quintet Dude Perfect, renowned for their unfathomable trick shots and observational comedy series Stereotypes, to launch a line of co-branded sports toys. The line consists of two items thus far with more to come soon, says Dude Perfect member Coby Cotton, who co-founded the channel alongside his twin brother, Cory, and three of their roommates (plus a panda mascot) at Texas A&M University in 2009.

Each of the toy sets is priced at $20 and is now available nationwide at Target, Walmart, Toys R Us and Amazon. The first, called PerfectShoot Hoops, is a traditional nerf basketball hoop and ball that comes complete with instructions for games and trick shots. The second, PerfectSmash Football, features a ball and target with the Dude Perfect insignia in black and teal.

“The first two products were no-brainers for us,” Cotton told Tubefilter. “We got our start with basketball trick shots and football has certainly been the second most common sport throughout our videos.”

Dude Perfect, which is repped by sports-centric digital network Whistle Sports, created a video to inaugurate the launch in their signature high-octane and snappily-edited style. Check it out right here:

While the collaboration represents the first time Hasbro has launched products alongside digital stars, the guys have had a longstanding relationship with Nerf. Dude Perfect has served in a brand ambassador capacity for the past three years, Cotton notes, creating sponsored videos and starring in television commercials for Nerf. The guys’ most popular clip, in fact, with 49 million views on YouTube, features them pulling off strange and impressive feats with Nerf guns.

“Releasing our own line of toys is a dream come true for Dude Perfect,” Cotton says, “and getting to do so alongside one of our favorite brands is even better.”

In addition to the Nerf toys, the Dude Perfect brand has expanded far beyond the bounds of YouTube in recent months with the launch of several mobile games and a forthcoming CMT television series, which is slated to premiere next month.