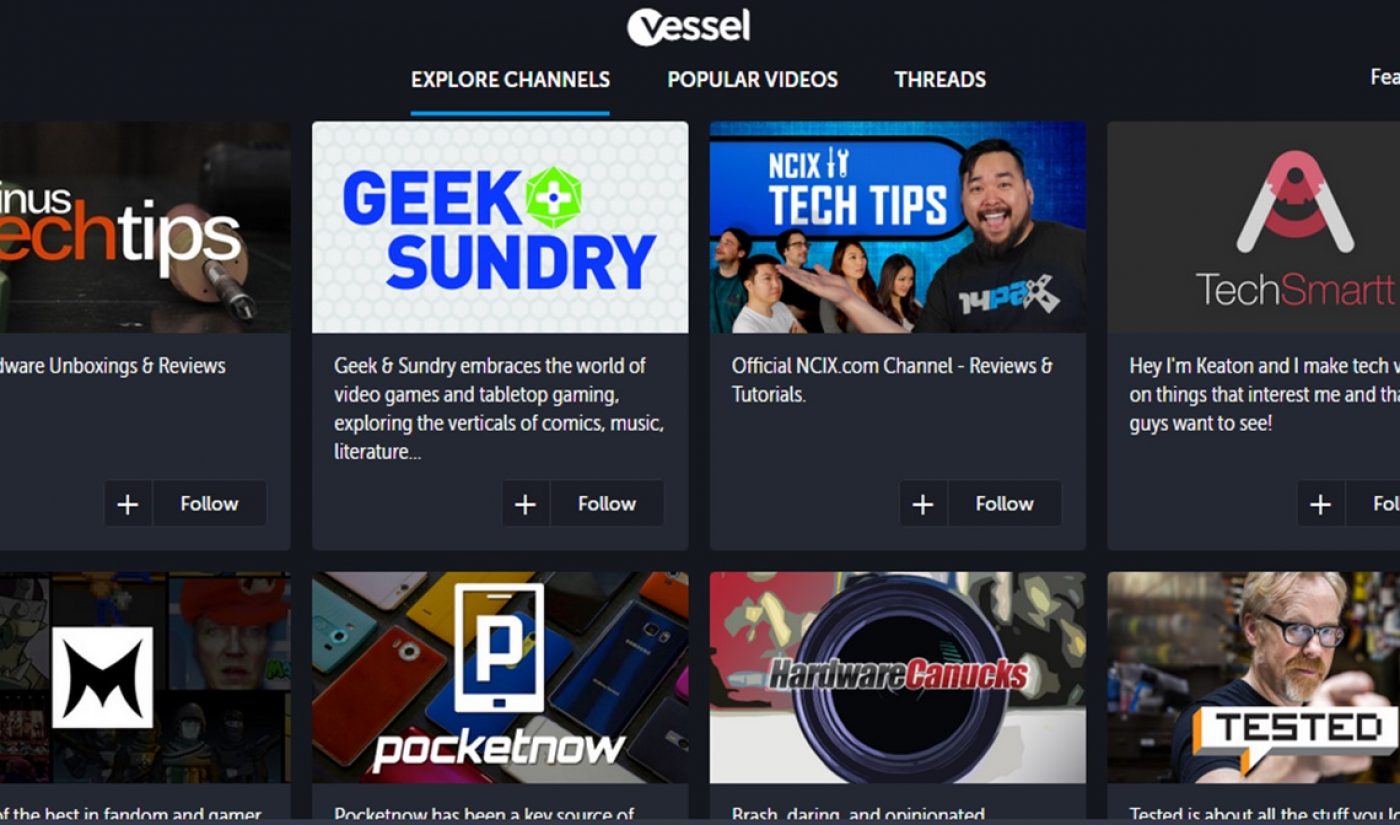 About a year after it first opened up to the public, Vessel is making a significant change to its business model. The online video platform has announced its decision to remove ads for its paying subscribers. In addition, it has revealed a new, year-long subscription option that will complement its existing monthly plan.

When Vessel shared its business model with us back in January 2015, CEO Jason Kilar noted ads as one of several revenue streams creators could leverage on his new video platform. Each creator on the site receives a portion of the total revenue generated by $2.99-per-month subscriptions, which provide access to exclusive content that premieres on Vessel at least 72 hours before it arrives anywhere else. In addition, creators who bring specific subscribers to Vessel receive a “bounty bonus” equal to $7 per signup. The goal, with all of these revenue streams combined, is to earn creators at least $50 for every thousand Vessel views they get.

Vessel’s ads have received praise for their elegance and innovative design, but at the same time, some users are tired of seeing them. That’s a complaint that makes sense, especially as other video platforms adopt their own ad-free tiers, and Kilar opted to listen to his users. Rather than create a new, more expensive subscription option that removes ads, Vessel will instead change its basic $2.99-per-month subscriptions to make them ad-free. Kilar believes this will have a minimal impact on creators’ bottom lines; as he told Tubefilter, he still expects those creators to reach the magic number of $50 per thousand views.

Non-subscribing Vessel viewers will continue to see ads, though they will now have more options for removing them. The new year-long subscription option costs $19.99, thus saving purchasers more than a dollar a month.

Ads or not, Vessel’s business begins and ends with desirable content, and it plans to provide its viewers with just that. Channels that have signed up for the service in recent months include Geek & Sundry, Mashable, and Channel Awesome.

More information about Vessel’s ad-free subscriptions can be found in a blog post.