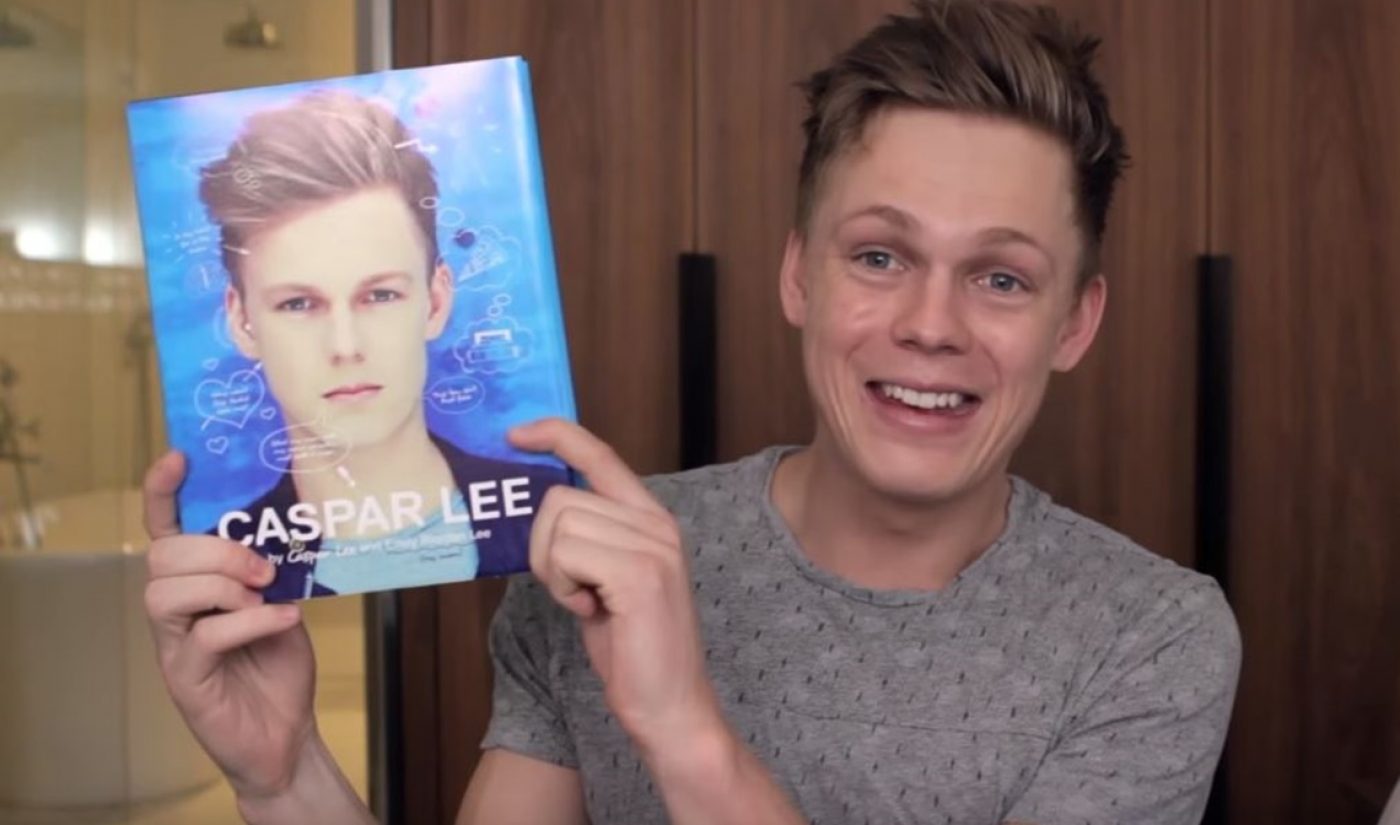 YouTuber book deals may be a dime a dozen, but South African vlogger Caspar Lee is putting his own clever spin on the literary phenomenon.

Lee will release a memoir of sorts on May 31 entitled Caspar Lee — but, in a unique twist, the book was actually written by his Internet-famous mom. (Emily Riordan Lee may be familiar to Lee’s viewers as both the victim and perpetrator of several of his popular prank videos.)

Lee announced the video in a hilarious sketch this afternoon that pokes fun at some of the criticisms surrounding YouTuber books. (“Who wants to read a story about you? No one cares!” whisper ominous voices in his head. “Enjoy the bargain bin you piece of shit.”) Check it out here:

Caspar Lee, which was months in development and tells the story of his life from birth to today, “is written by my mom but finished by me,” Lee explains. Conceptually, this means that Riordan Lee’s text has been scribbled over, highlighted and notated with Lee’s additions.

The format vaguely smacks of Alfie Deyes’ The Pointless Book — a game and activity tome whose subtitle reads “started by Alfie Deyes, finished by you.”

Grand Central Publishing, which acquired the U.S. rights to Caspar Lee from Penguin Random House UK, will be publishing the book stateside.

If there’s any question that the clamor surrounding these sorts of book projects continues to intensify, a link to preorder signed copies was returning an error message 30 seconds after Lee made the announcement.

While this is his first book, Lee also has a feature film in the works alongside fellow YouTuber Olajide Olatunji (KSI) entitled Laid In America.