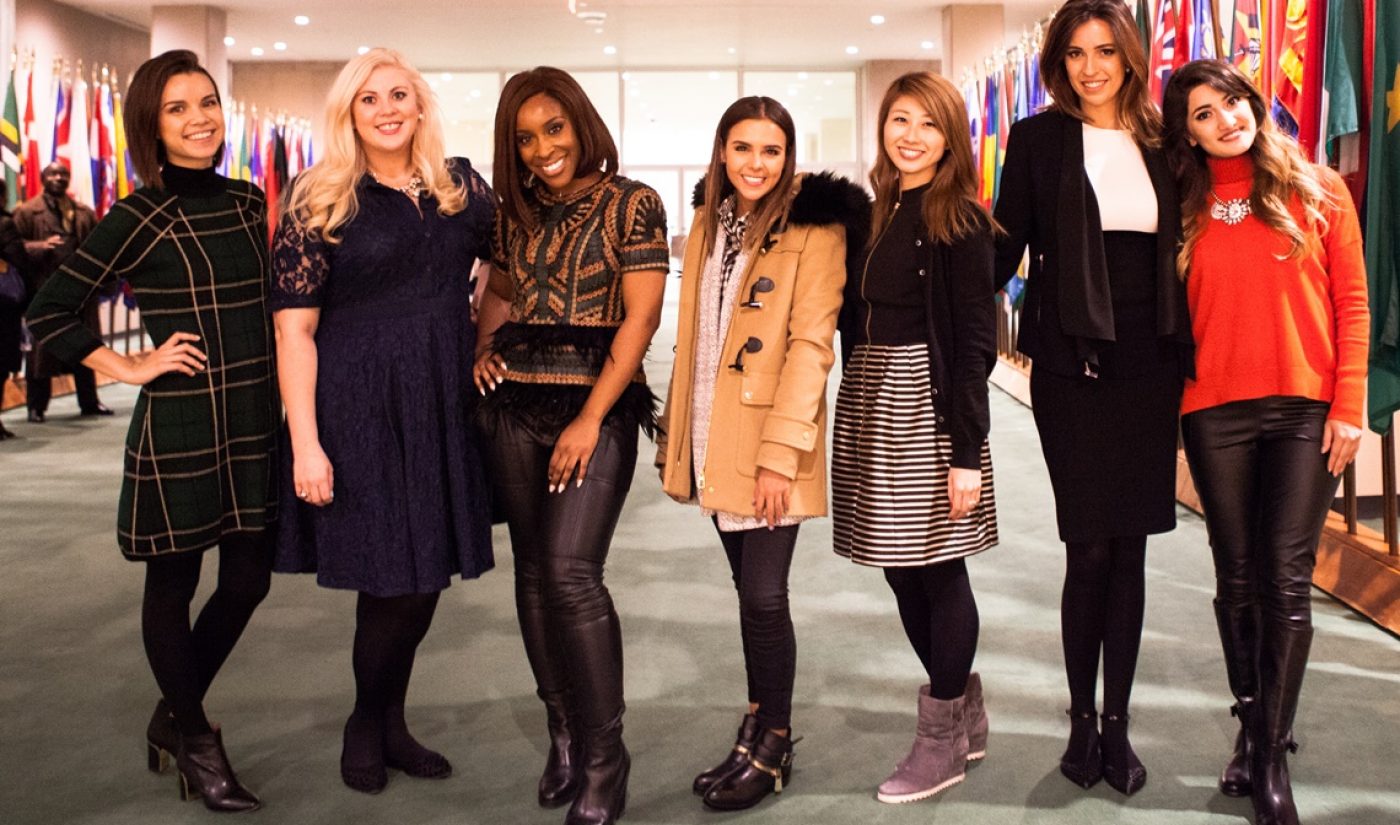 A handful of YouTube’s brightest female stars have been tapped by the United Nations to harness their influence for a greater good.

As part of a first-of-its-kind partnership between YouTube and the UN, seven female creators from across the globe have been named Change Ambassadors to the intergovernmental organization and will be focused on the global fight for gender equality — one of the UN’s 17 Sustainable Development Goals established earlier this year.

Each creator will bring her millennial-leaning voice to the UN and will be tasked with creating content that raises awareness about and aims to end discrimination against girls and women, according to YouTube.

“I want people around the world to know that when our women are empowered, we can do so much in the workplace, in the economy, at home, in schools, and everywhere else,” says Aina, who filmed hair  and makeup tutorials while she was in the army reserves living in Kuwait. “And I want those same opportunities even more to be available to minority women.”

A collaboration with the UN isn’t the only initiative YouTube has planned ahead of International Women’s Day next Tuesday, March 8, 2016. The platform has also funded a global production program at six of its YouTube Spaces across the globe in order to “empower female voices both in front of and behind the camera,” Lance Podell, YouTube’s head of global spaces, told Tubefilter.

Over the past few months, more than 50 videos that spotlight women’s perspectives have been shot on special sets constructed at YouTube Spaces in Los Angeles, London, Tokyo, New York, São Paulo, and Berlin.

“From tributes honoring historical female leaders and original scripted content to discussions about women in the workforce, we saw a brilliant diversity of content topics and genres created through the Spaces program,” Podell says. Among that diverse set of creations includes content from Michelle Phan, GloZell, Ali Brustofski, and many more. The videos are now live on each creator’s respective channel, as well as the official YouTube Spaces channel. Check out a behind-the-scenes look right here:

As part of the initiative, YouTube also established a panel of Creative Directors to mentor emerging creators, which includes Anna Akana and Alexys Fleming of the U.S., Julia Veiga Faria of Brazil, Em Ford of the UK, Nilam Farooq of Germany, and Kuma Miki of Japan.

YouTube partnered on the production initiative with the Geena Davis Institute on Gender in Media, a nonprofit that works to improve gender depictions in entertainment.

“Entertainment today often depicts a society where there are far fewer female characters than male characters, and the characters that are female are often more stereotyped,” said the organization’s founder and chair, Geena Davis, in a statement. “We need more strong female voices represented in media so that this gender balance becomes normal to the young girls who are turning on their screens.”