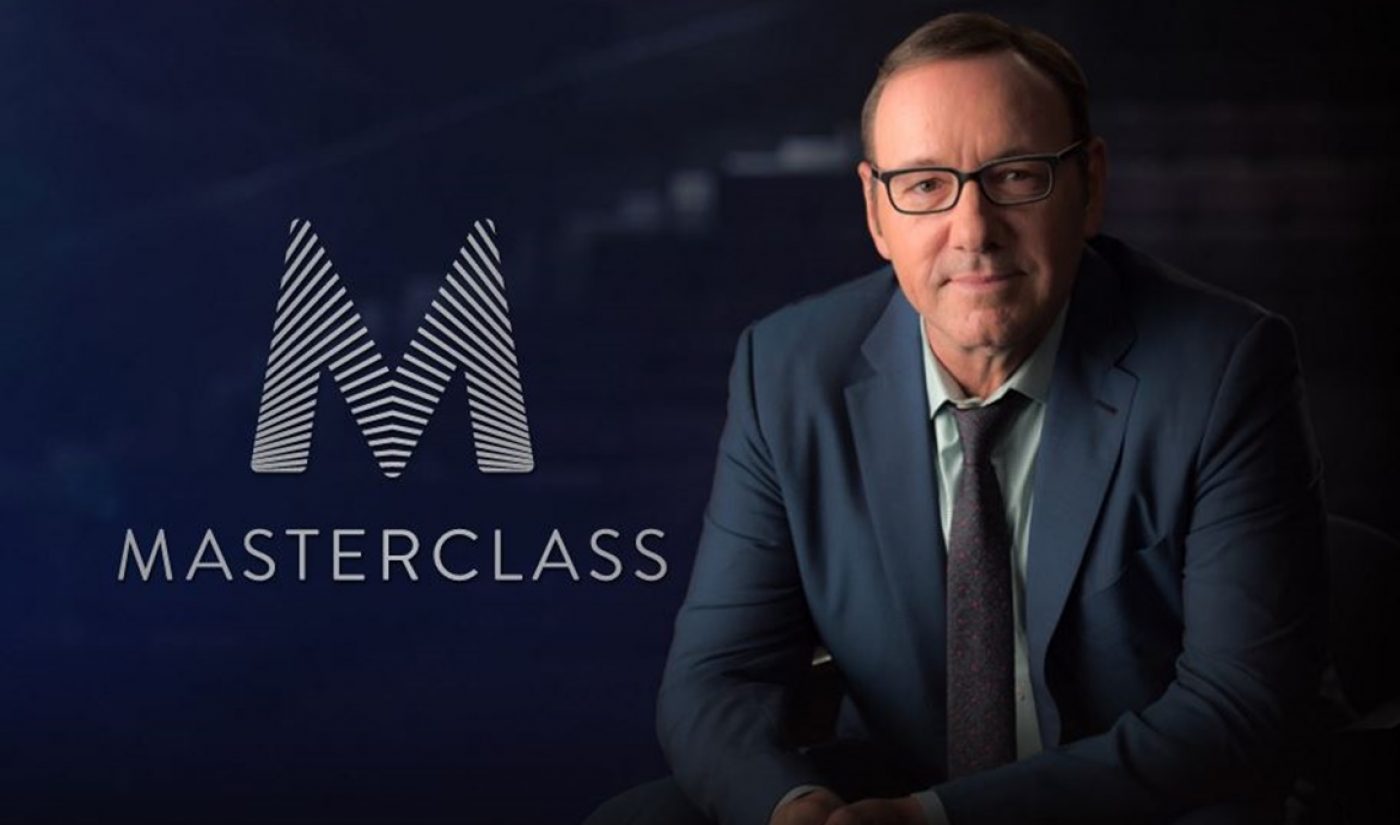 Led by New Enterprise Associates, the Series B follows a previously undisclosed $6.4 million raised by the company. Other investors include Usher, Robert Downey Jr.’s Downey Ventures and Matthew Rutler, the fiance of Christina Aguilera. New funds will be used to onboard additional instructors in new subject areas, the company said in a press release.

At the same time, MasterClass announced two new courses led by Hollywood luminaries Kevin Spacey and Christina Aguilera. Spacey’s acting class launched today (for which you can see a trailer below), while Aguilera’s singing class is now available for preoder.

Additionally, Aguilera’s course features “proprietary technology,” according to MasterClass, in which students can sing into their devices to help determine their vocal ranges and then share those results with their classmates.

Each MasterClass features between 10 and 25 video lessons, interactive exercises, and digital workbooks, the company says, which are accessible via any device for $90 apiece. The company, which launched last May and is headquartered in San Francisco, was co-founded by the entrepreneurs Aaron Rasmussen and David Rogier.