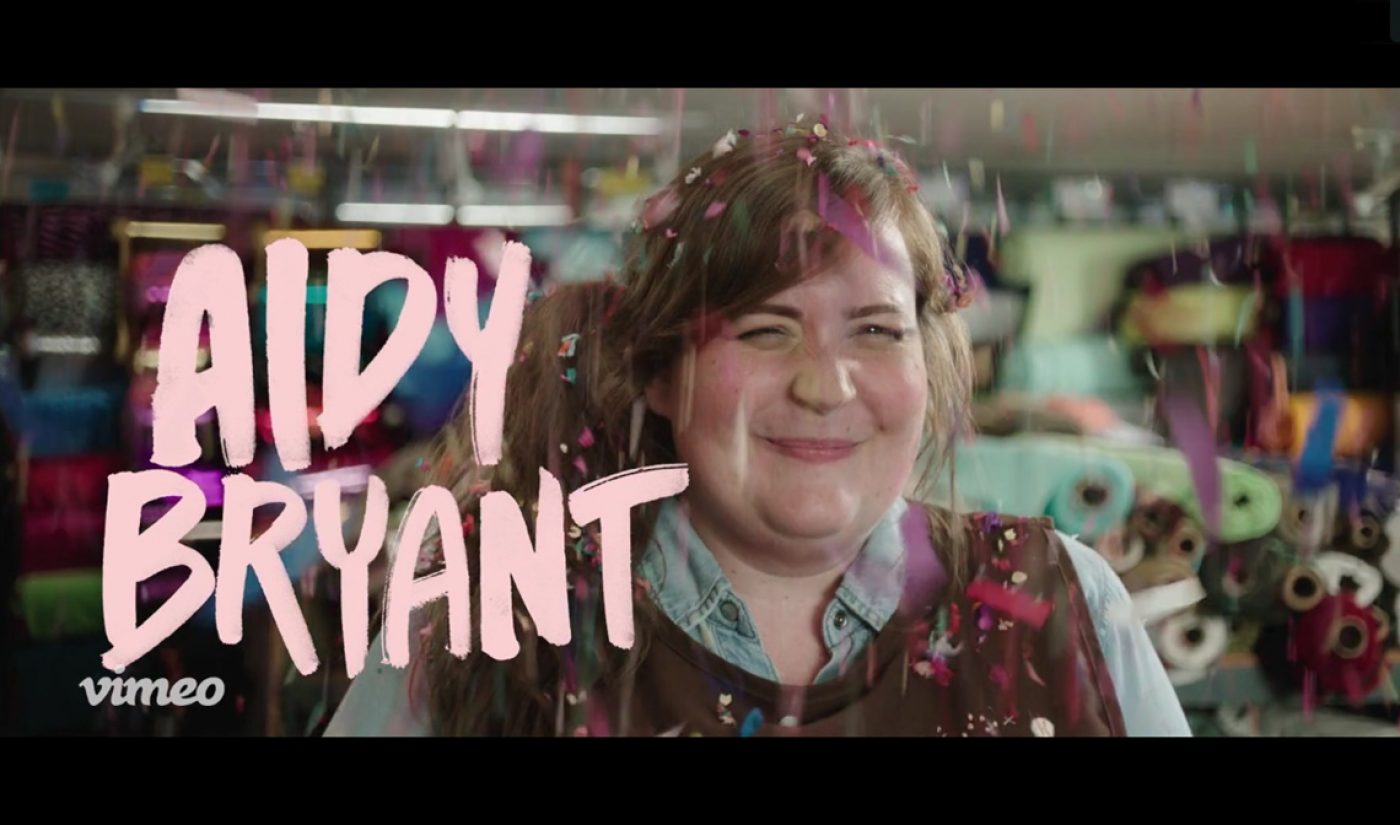 Aidy Bryant is best known as one of the not-ready-for-prime-time-players on Saturday Night Live, but she has some behind-the-camera skills, too, and she’s showing them off on Vimeo. Bryant is the writer and star of Darby Forever, a 20-minute short film now available for purchase on Vimeo On Demand.

In Darby Forever, Bryant portrays a fabric store employee with a daydreaming habit. As she drifts off in the middle of her boring job, she imagines elaborate scenarios for herself, which often involve the other people in her life. Retta (Parks and Recreation) and Natasha Lyonne (Orange is the New Black) co-star.

“It’s funny but a little bit different than what we usually get to do on the show,” said Darby Forever director Oz Rodriguez, who works alongside Bryant on SNL, in an interview with Splitsider, “it has some heart and some emotion — so it was just a little bit different of a challenge and appeal than SNL for both of us, I think.”

Darby Forever is a key cog within several Vimeo initiatives. It is the first product from the video platform’s Share the Screen program, which looks to promote female filmmakers. More generally, the film is part of Vimeo’s first full slate of original programming, which will also include a new season of the web series The Outs.

By all measures, Darby Forever is a perfect fit for Vimeo. It is a bright, colorful short that includes the sort of diversity the video platform is looking to feature. If you’re curious to check the film out, you can rent it on Vimeo for $.99.