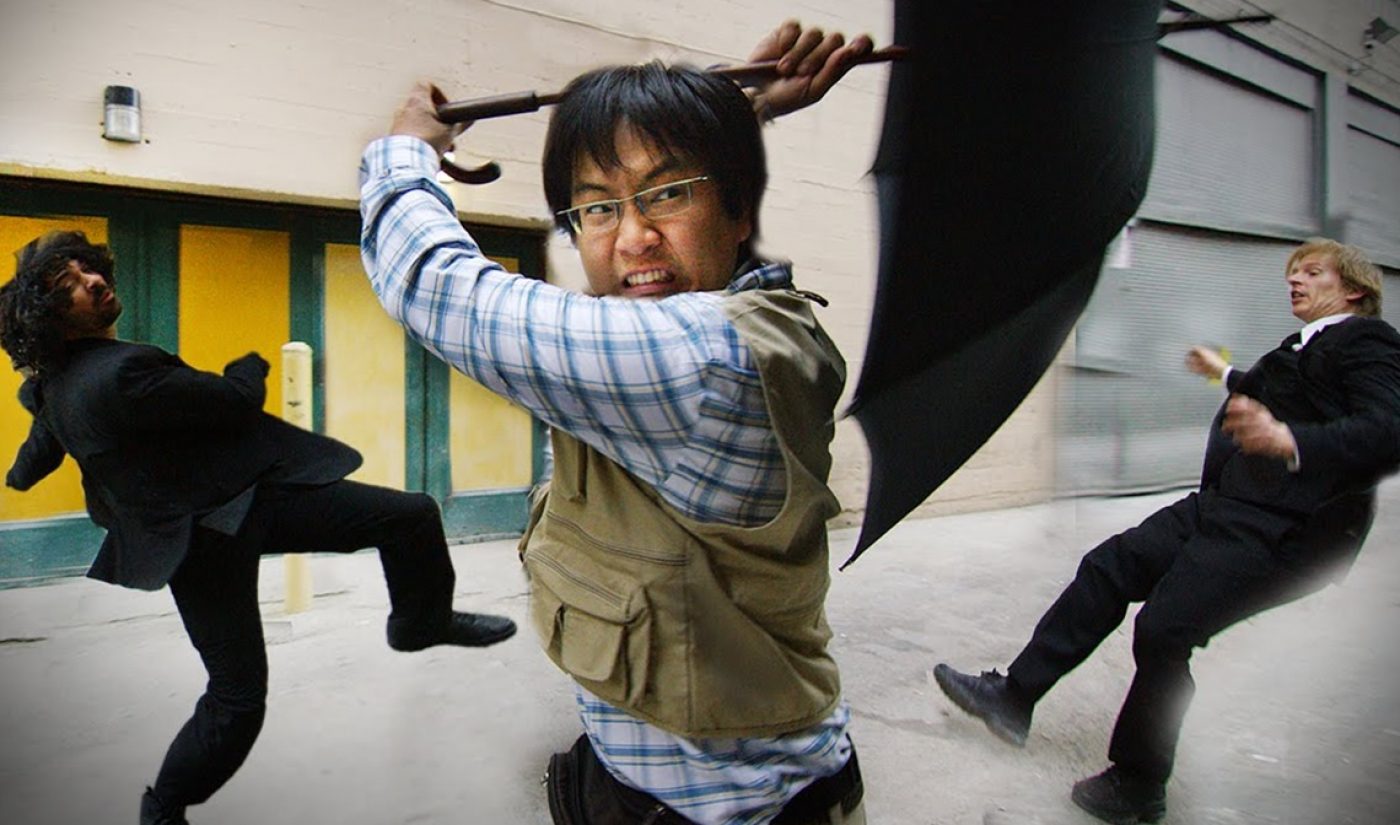 YouTuber Freddie Wong has announced yet another project in partnership with Hulu. This time around it’s a scripted series entitled Dimension 404. The announcement arrives on the heels of RocketJump: The Show — an unscripted look behind the scenes at Wong’s production company that debuted exclusively on Hulu in December.

Dimension 404 also created in partnership with Lionsgate (with which the production company struck a deal way back in 2014) and “will explore the wonders and horrors of the digital age,” according to The Hollywood Reporter. The title references the ‘404’ Internet page error code and will reportedly explore questions including, “What if an obscure cartoon held the secret to time travel?” and “What if energy drinks caused the apocalypse?”

While RocketJump: The Show comprised eight, half-hour episodes, Dimension 404 will feature six episodes, each of which is an hour long.

Wong will executive produce and direct the series alongside Matthew Arnold and Dez Dolly, his co-founders at RocketJump. That YouTube channel boasts nearly 8 million subscribers and is perhaps best known for its dizzying special effects and breakout series Video Game High School.

Dolly told the Reporter that Dimension 404 is “inspired by our favorite anthologies and the notion that the web is a truly strange place where anything is possible.”