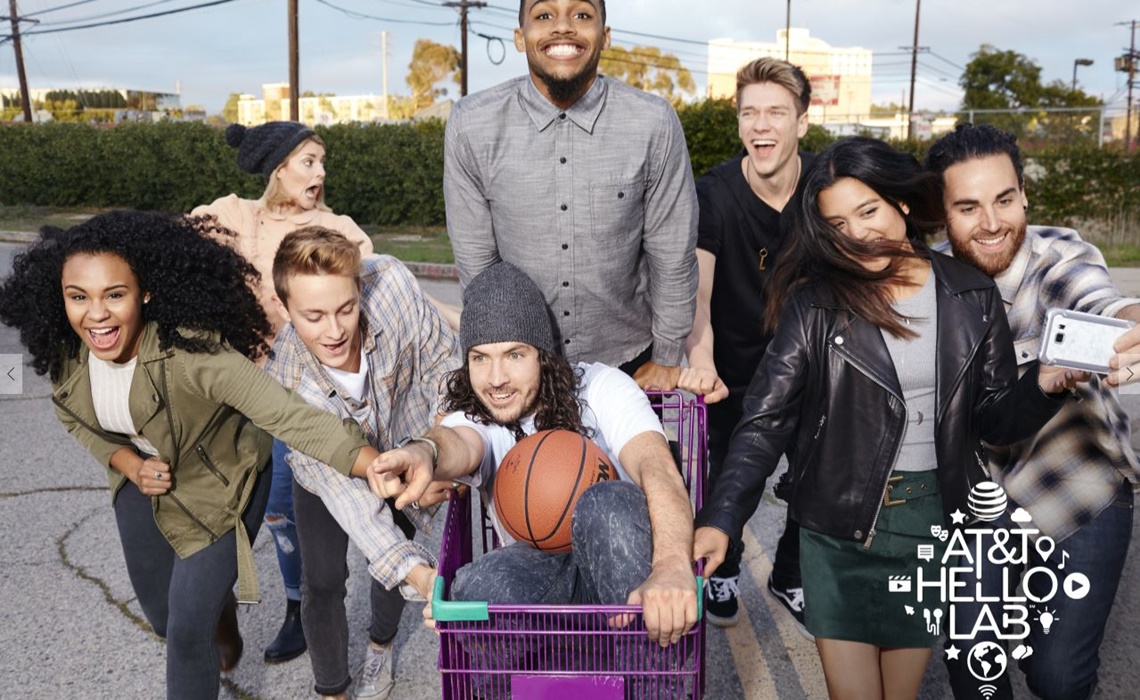 AT&T, Fullscreen Announce ‘Hello Lab,’ A Yearlong Initiative With Grace Helbig, Us The Duo And More

The content will be shot with “phones as mobile production studios” and bolstered by a “360-degree marketing campaign,” according to a press release, and it will live on each of the creators’ respective channels.

You can check out a trailer for the first video series from Hello Lab, entitled Dare to Travel starring Damon and Jo, right here:

This isn’t Fullscreen’s first collaboration with AT&T. (Otter Media, a venture by AT&T and the Chernin Group, took a majority stake in Fullscreen in 2014.) In 2013, Fullscreen and AT&T launched Summer Break, a reality series on YouTube that’s now in its third season and has thus far clocked 150 million views. This was followed by the Streamy Award-winning scripted superhero series on Snapchat entitled SnapperHero.

“With Hello Lab, AT&T is taking a longer-term, collaborative approach to content creation and marketing that adds value to both the creator and the fan,” said Fullscreen founder George Strompolos in a statement. “This is how it should be done.”