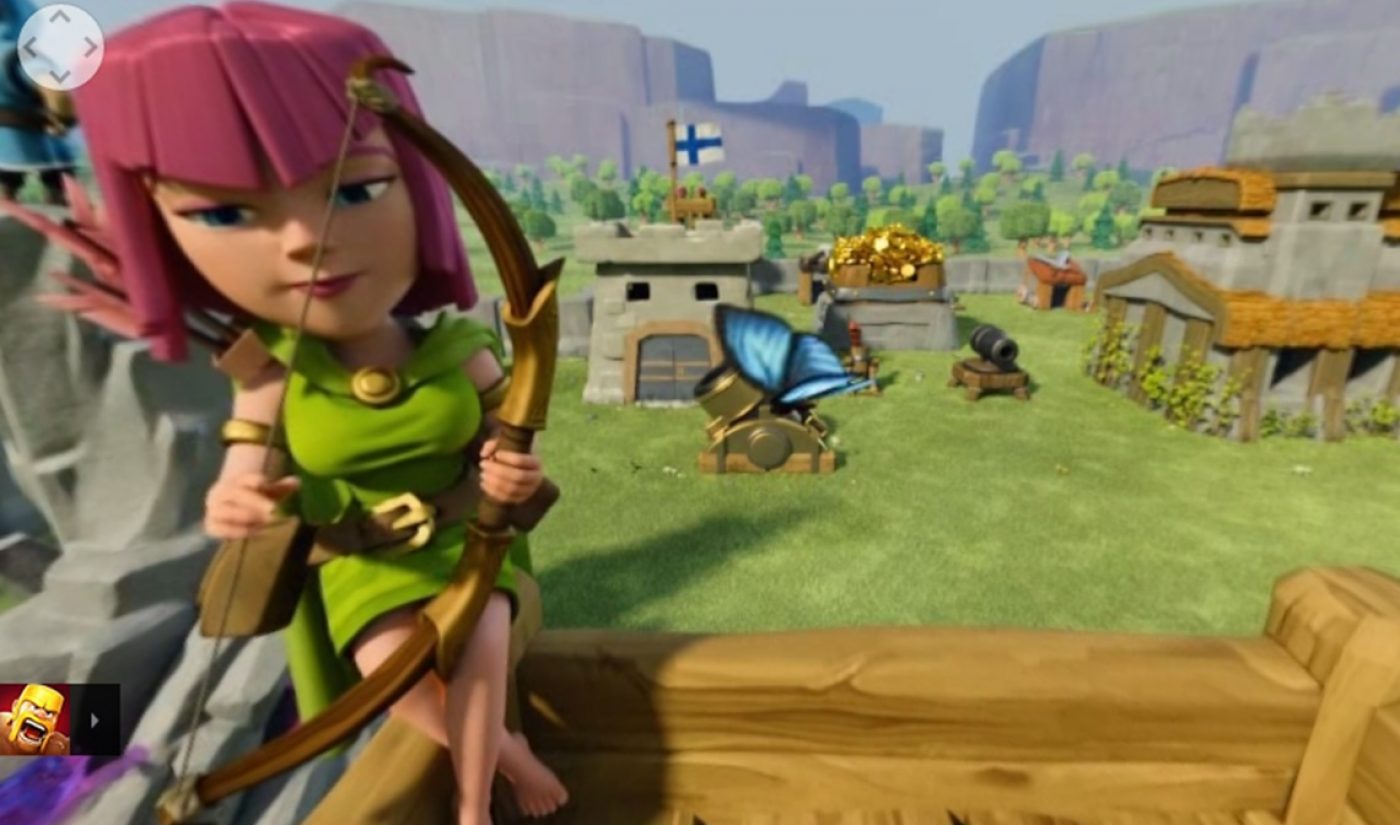 Over the past year, YouTube has encouraged its creative community to experiment with 360-degree videos, and it is now seeing some interesting results. The video site has released the latest edition of its monthly Ad Leaderboard, and for the first time, a 360-degree video has cracked the list.

The 360-degree video in question comes from Supercell, the developer of the hugely successful mobile game Clash of Clans. Supercell is no stranger to the Ad Leaderboard, and in December 2015, it had its most dominant showing on the chart so far. Of the ten branded videos on YouTube’s list, five advertise Supercell games. The month’s top ad allowed viewers to experience Clash of Clans in 360-degrees. The “virtual reality raid” received more than 30 million views in December, topping the next most-viewed ad (another Clash of Clans spot) by more than 15 million.

Not all of December’s top ads, however, support addictive mobile games. While Supercell used new video technology to its advantage, another Ad Leaderboard regular demonstrated a different type of compelling brand content. Camera company GoPro teamed up with freestyle biker Danny MacAskill for a stunning video set on the Spanish island of Gran Canaria. MacAskill’s collaborations with Red Bull have been YouTube gold, and his partnership with GoPro is no different; it received more than 11 million views in the month of December.

Here is the full YouTube Ad Leaderboard for December 2015: